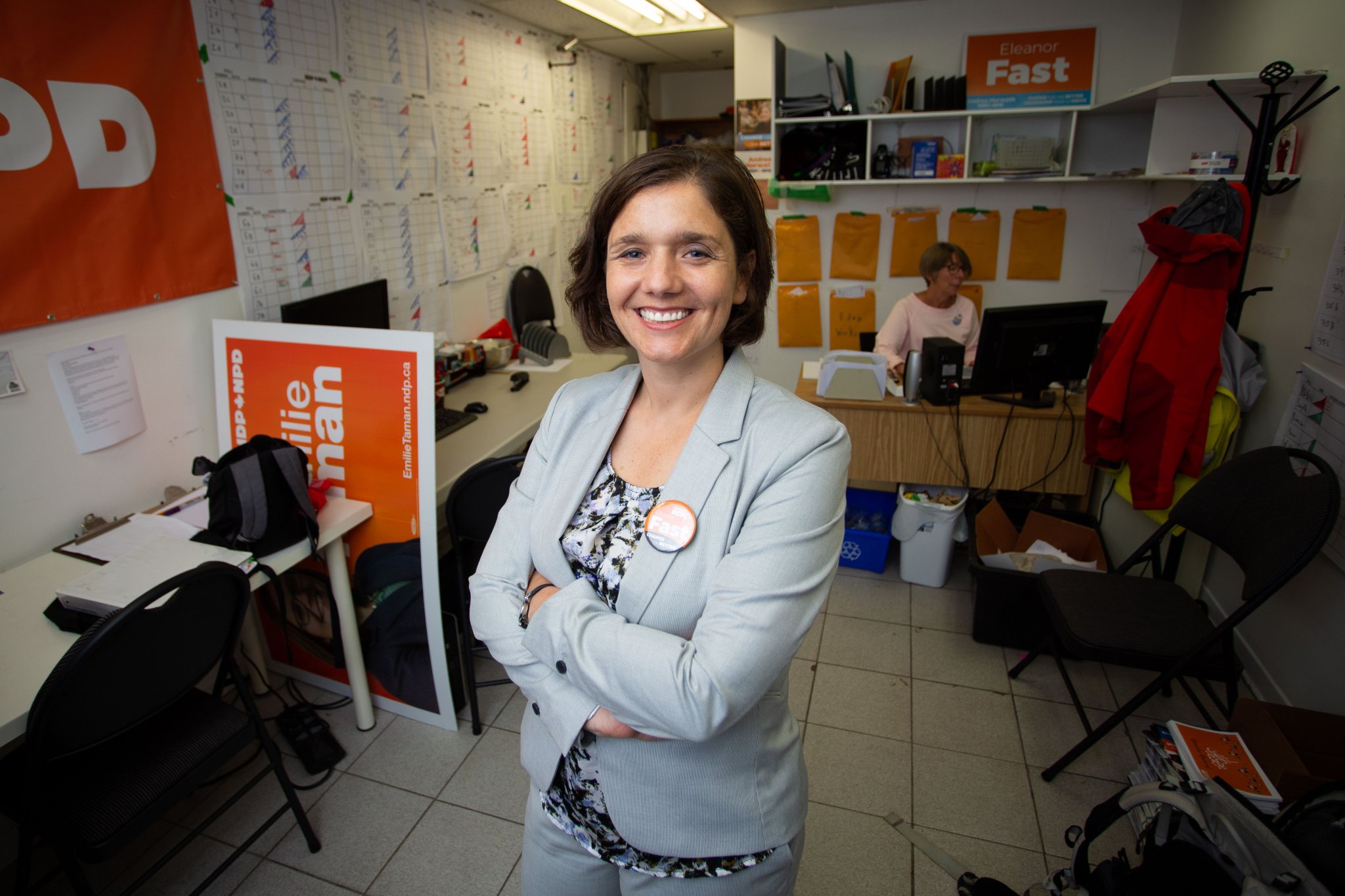 Eleanor Fast, the Ontario NDP candidate for Ottawa South, in her office on June 4, 2018. Photo by Alex Tétreault
Previous story
Next story