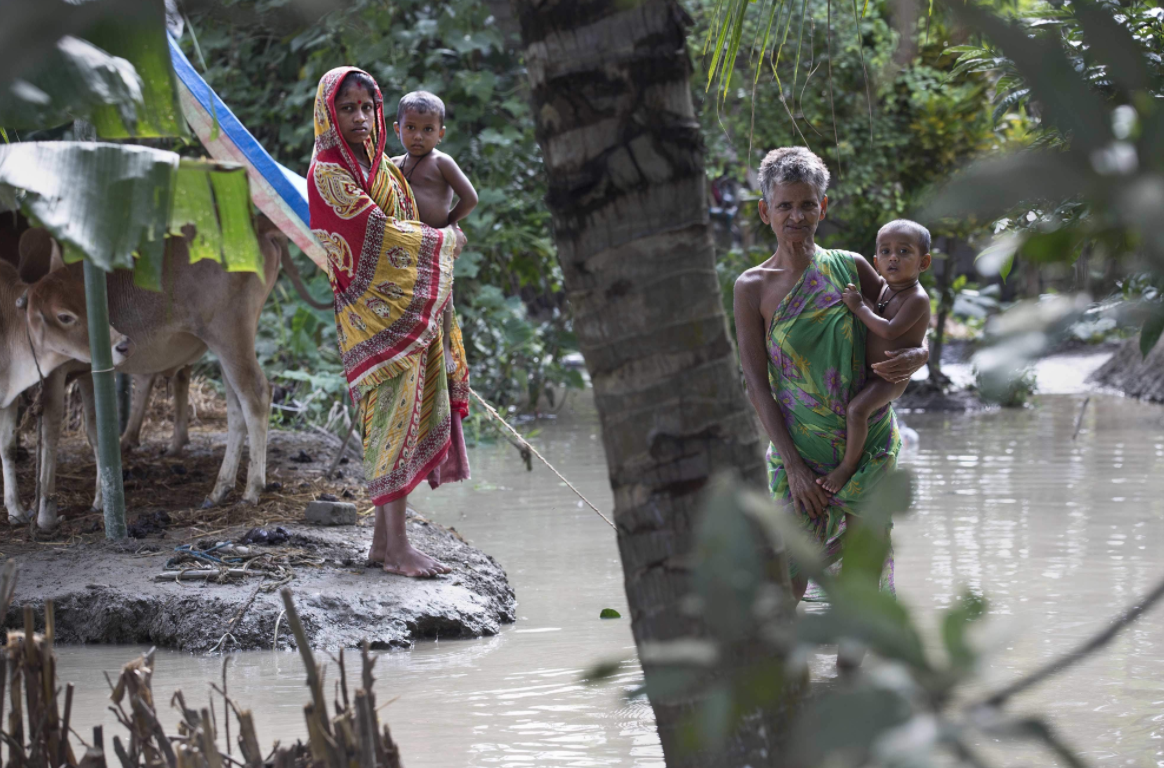 Flood victims wait for relief in the waterlogged Pokoria village of Assam in India in 2017. File photo by The Associated Press
Previous story
Next story

There is an urgent need to devise solutions for people driven from their communities by climate change.

It was organized by the Canadian Council for Refugees to discuss strategies for the protection and promotion of human rights of refugees and vulnerable migrants.

Although the international community recognizes current and anticipated climate-induced human crisis, the world is largely unprepared to address it. This is in part because of the scale of climate-induced migration and the lack of legal recognition of the concept of “climate refugees” in international law.

The 2018 Global Report on Internal Displacement found about 96 per cent of disaster-related internal displacement in 2017 was due to weather. That was virtually the same as the previous year. Given rising emissions and global temperatures, large scale migration and instability are likely to intensify.

Moreover, according to the Intergovernmental Panel on Climate Change, climate-related impacts are bound to deepen poverty and further threaten livelihoods. Over the long term, this is manifested as reduced crop yields, increased aridity, decreased water quality, and rising sea levels. In the short term, increased internal displacement and cross-boundary migration will be exacerbated by extreme weather events. Despite the known and forecasted impacts of climate change, there is an absence of an effective policy framework in addressing resulting human migration.

Last summer a strong monsoon season caused numerous floods and landslides across Nepal, Bangladesh, and India, displacing millions of people. Around the same time, the United States and the Caribbean islands were battered by several strong hurricanes. Thousands of Puerto Ricans fled to the mainland United States in the wake of hurricane Maria.

On the one hand, there is the issue of defining who is a refugee. The United Nations Refugee Convention defines a refugee as someone who has a well-founded fear of persecution for reasons of race, religion, nationality, membership in a particular social group or political opinion; is outside the country of their nationality; and is unable or unwilling to avail themselves of the protection of that country.

On the other hand, there is the issue of determining if a person meets the required criteria. Distinguishing between voluntary and forced climate-induced migration can be difficult to prove, especially in cases of slow-onset disasters such as droughts and agricultural degradation.

The decision to flee one’s home is complex and often involves a variety of factors, making it difficult to demonstrate that climate change was the main driver. Those who choose to leave their homeland are often confronted with policies aimed at containing and deterring refugees, from the imposition of visas, to airline carrier sanctions and barriers at offshore processing and transit centers.

What steps can Canada take?

If we accept that climate-induced migration poses a serious threat to global stability, then what steps can the Canadian government take to mitigate this?

Most climate-induced migration is regional and given Canada’s relative geographical isolation, it is unlikely to experience a large influx of climate refugees. An important part of Canada’s response, therefore, is through a combination of development assistance to affected regions and by offering resettlement to countries hosting large numbers of climate refugees.

Despite the absence of an international legal framework for climate refugees, there is a long history in Canada of working outside the Refugee Convention. In 1972, the government used an “oppressed minority” policy to resettle over 6,000 Ugandan Asians who were not considered refugees according to the Convention since they had not left their country of origin.

Passage of the Immigration Act in 1976 created a “designated classes” framework, which was used to resettle thousands of Indochinese refugees from the late 1970s to the early 1990s. One of the objectives of this framework was to allow the government to work outside the narrow definition of a refugee in the Convention. More recently, the government resettled thousands of Syrian refugees under a “humanitarian transfer” provision that removed the need for individual refugee status determinations based on the Convention. These examples demonstrate that the government does have mechanisms to respond to climate refugees.

Women and children most vulnerable

The issue is that resettlement decisions are optional. In the absence of political will and public pressure, it is unlikely that the Canadian government will respond to climate-induced migration. A successful strategy requires sustained pressure by refugee and environmental advocates on the Canadian government to recognize climate-induced displacement and to expand resettlement opportunities for climate refugees.

This should involve setting aside a predictable amount of resettlement spaces each year for climate-induced migration, inclusion of climate-related vulnerability in international development assistance planning, and the consideration of climate impact in Canada’s ‘Feminist International Assistance Policy.’ That is especially important, given that vulnerability to both acute shocks and long-term climate variability will be most strongly felt by women and children.

Robert Batarseh is a senior associate at Horizon Advisors, and specializes in refugee policy and group resettlement. Ashley Racine is an expert in environmental security and international development.

Hotting up: how climate change could swallow Louisiana's Tabasco island

In the eye of the refugee hurricane