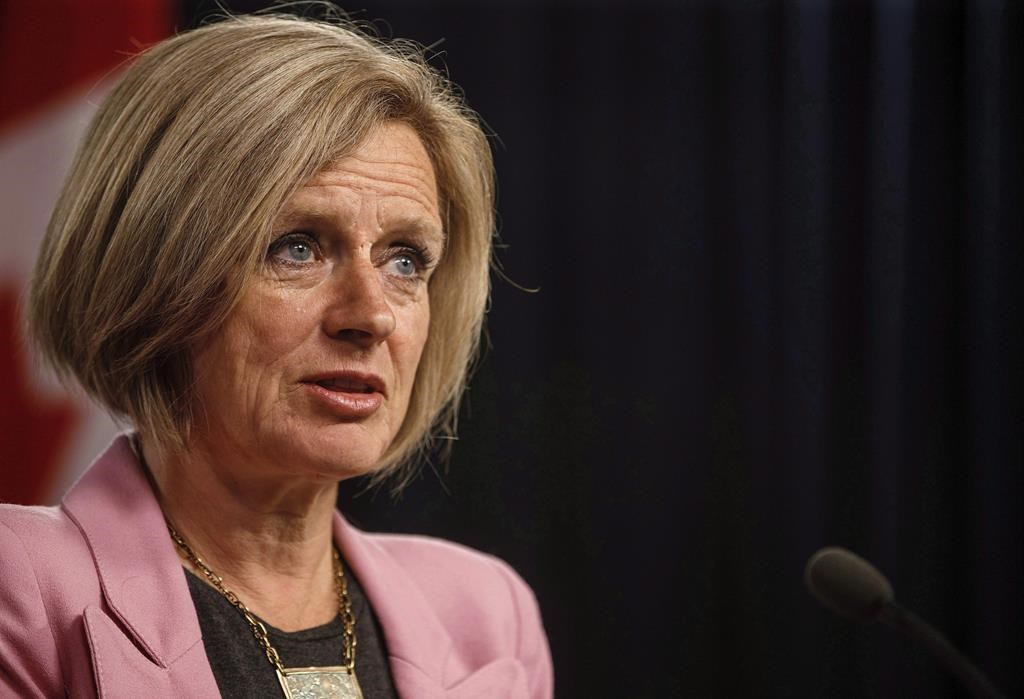 Alberta Premier Rachel Notley updates reporters on the progress of the Kinder Morgan pipeline in Edmonton on Wednesday, May 16, 2018. File photo by The Canadian Press/Jason Franson
Previous story

Alberta Premier Rachel Notley says Ontario still has a choice to make on climate change legislation despite its incoming premier's promises to do away with carbon pricing.

"Do you want a pricing regime that's made in your own province ... or do you want a made-in-Ottawa system?" she asked Friday.

Ford has said getting rid of Ontario's cap-and-trade system to lower carbon emissions will be high on his government's agenda. That's likely to put him in direct conflict with the federal government's plan for a national carbon price.

Notley, whose government trumpets its $30-a-tonne carbon tax as a signal achievement, said Ford will soon learn the limits of provincial power.

Saskatchewan has said it will take Ottawa to court over whether the federal government has the right to bring in a national carbon price.

Notley downplayed any suggestions that Ford's right-wing populist victory will have any echoes in Alberta. The province is headed for an election in 2019 and polls have suggested Notley's New Democrats trail the Opposition United Conservative Party.

The Ontario ballot was a vote for change as much as anything else, Notley said.

"What you had in Ontario is a change election, just as we did in Alberta in 2015," she said, referring to the vote that ended the province's 44-year Tory dynasty. "Whether we have a change election in 2019 is a different issue."

Kenney predicted Ford's government will join Saskatchewan's court case. He said he and Ford spoke in February and Ford asked for advice about fighting the carbon tax.

Notley is totally discredited on environmental issues as she is promoting a time bomb. She got her pipeline but sold her soul to Big Oil...... https://canadianviews-ymo.ca/tar-sands-forever-canada-forsaken/

Ms. Notley might want to look at her own Province's pollution that is not being cleaned up....only being added to. Delusional?

Yet we were told that pipeline approvals were the price to be paid for getting AB on board with Canada's climate plan (even though AB's emissions-boosting climate plan blows Canada's targets out of the water).
Notley threatened to withdraw AB's support for Trudeau's climate plan unless the Trans Mtn pipeline was built.
As Notley now admits, provincial permission isn't needed for a national carbon tax.
Dishonesty on all sides.

Notley: "The Trans Mountain pipeline expansion must break ground for Alberta to meet federal climate goals."
Notley: "Moving forward with additional hikes with the carbon levy will depend on the Trans Mountain pipeline, as I’ve said many times over the last year and a half."
Notley: "We will not move forward on the federal govt’s proposals until we see that construction is fully underway and that approval is given meaning. There is no question that the two were always connected, and they will stay connected."
“Government house leader Brian Mason said the carbon tax was always intended as a tool to force the federal government to support building a pipeline to tidewater.”