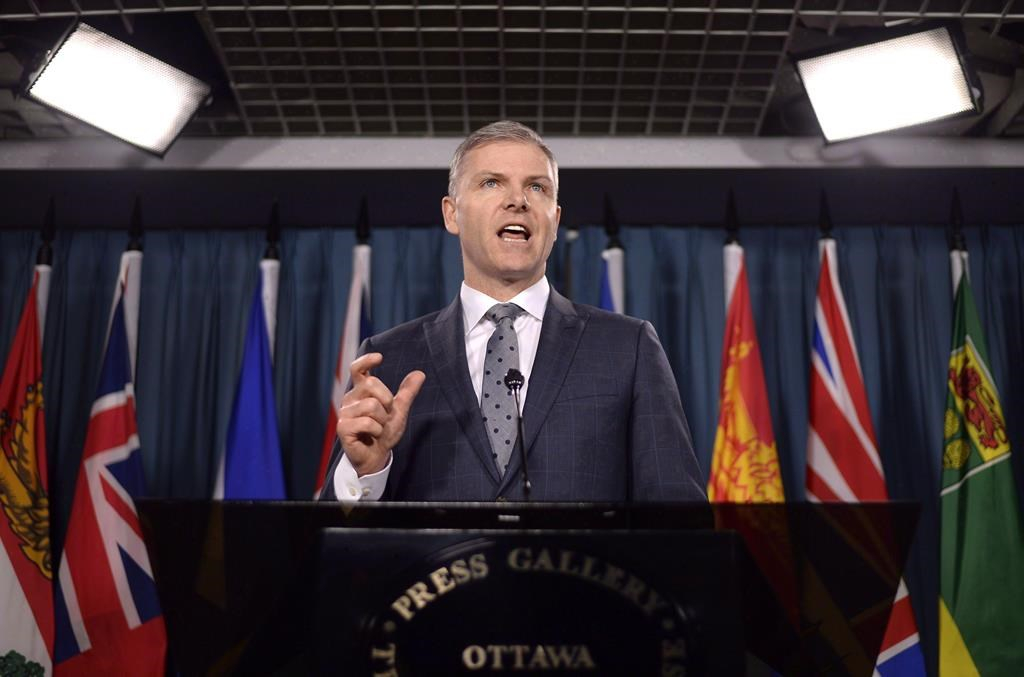 Tim McMillan, Canadian Association of Petroleum Producers President and CEO, speaks during a press conference on Parliament Hill in Ottawa on February 26, 2018. File photo by The Canadian Press/Justin Tang
Previous story
Next story

The Canadian Association of Petroleum Producers is predicting the country's oil production will increase by 1.4 million barrels per day by 2035, despite an ongoing "competitiveness gap" that discourages investment.

It says Western Canada's non-oilsands crude production will be flat at about 1.3 million bpd in 2035.

Output in Eastern Canada is expected to rise to 290,000 bpd by 2025 from major offshore projects including Hebron, Hibernia, Terra Nova, and White Rose, CAPP says, adding production will then drop to just 70,000 bpd by 2035 as oil is pumped out.

CAPP says Canada's oil output exceeded its transport capacity in 2017 as proposed pipelines including TransCanada's Keystone XL project, the expansion of the Trans Mountain pipeline (despite being sold to the federal government) and Enbridge's Line 3 pipeline replacement face uncertainty.

"Canada is falling behind its competitors, losing the opportunity to supply the world with oil produced the Canadian way. The U.S. is increasing its oil exports to the same emerging markets Canada is targeting," CAPP president Tim McMillan said.

McMillan delivered the forecast at the Global Petroleum Show, a three-day oil and gas marketplace and conference which is reporting robust attendance after suffering smaller crowds in the years following the oil price collapse of 2014.