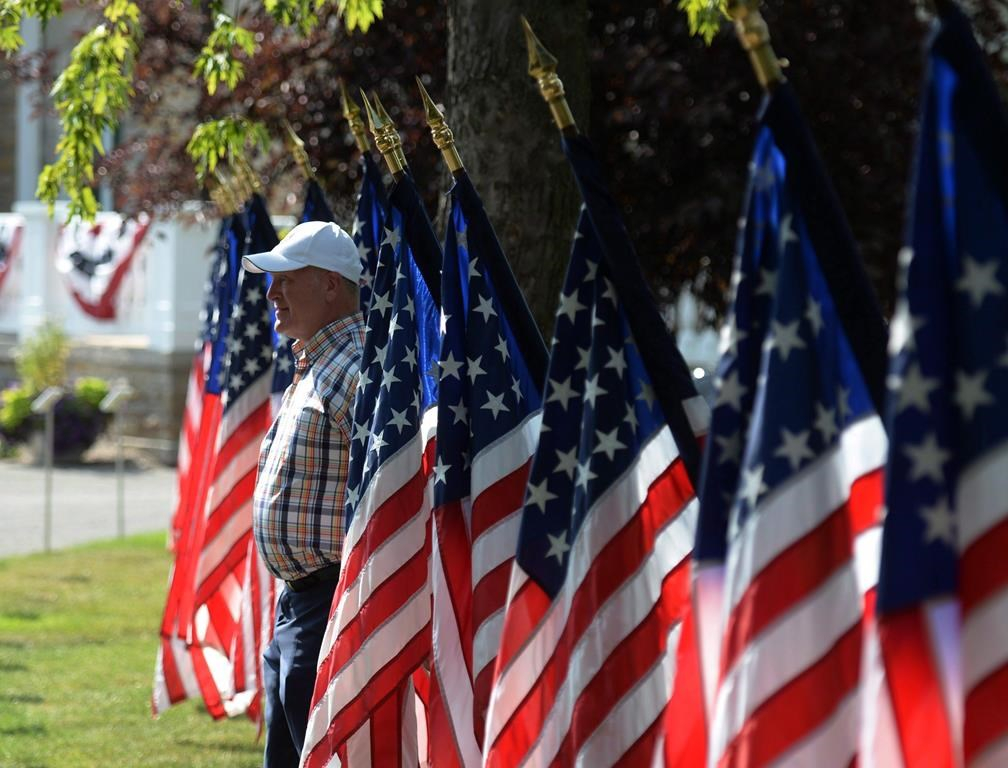 US Embassador to Canada Bruce Heyman takes part in the 4th of July celebrations at Lornado, the ambassador's official residence, in Ottawa on Monday, July 4, 2016. File photo by The Canadian Press/Sean Kilpatrick
Previous story

A cosier, more modest Fourth of July party than usual is scheduled for the U.S. ambassador's residence in Ottawa tonight — and the decision by some to steer clear will make it even smaller than planned.

In past years, the annual Independence Day bash has been the talk of the town, with a guest list that grew to include more than 4,000 people under former ambassador and Barack Obama appointee Bruce Heyman.

Under successor Kelly Craft, however — named to the post by U.S. President Donald Trump — the guest list has been trimmed to an estimated 1,000 people.

The start time was also pushed back to make it more cocktail party than picnic, said Sarah Goldfeder, a principal at Earnscliffe in Ottawa and former special assistant to two U.S. ambassadors.

While some in the Ottawa social circuit bemoan having been left out this year, some who made the cut say they plan to stay away out of principle.

"Given the current political climate, I don't think it would be appropriate," Fraser said in an emailed statement. "I wish all of my American friends a happy Fourth of July."

Fraser, an Ottawa-area member of the Ontario legislature, doesn't usually go to the party anyway, a spokesman said.

But Jim Watson does, and sent his regrets this year, saying he's unhappy about the "constant attacks on our country."

A spokesman for Singh said the NDP leader was invited, but won't be attending as a show of protest against U.S. policies on trade and immigration.

"While he will not be attending the July 4th celebrations, Mr. Singh knows that it will take more than symbolic gestures to successfully pressure the Trump administration," James Smith said in an email.

Goldfeder said she doesn't think the boycotts will impact the feel of the party at all.

"There are a handful of people who have decided to make this a comment on the Canada-U.S. relationship and that's fair," she said.

"They're all in good, safe places to make that comment, but it's for their purposes. I don't think anyone realistically has an expectation that that's something the U.S. administration — especially this one — would be all that impressed by."

Communications staff at the U.S. embassy have not yet responded to a request for comment about the party or the boycott. In Ireland, where several Irish MPs have made a show of boycotting the Fourth of July party in Dublin, the senior U.S. official at the embassy there suggested such a move was counterproductive.

“Everybody has the right to express themselves and how they do it, but I’m a firm believer in dialogue," said Reece Smyth, the deputy chief of the U.S. mission in Dublin, which hasn't had an ambassador since Trump took office in January 2017.

"Even when we disagree, I think the dialogue needs to continue as that is the only way we can come to an agreement,” Smyth told the Irish Times newspaper.

Ottawa-area MP Andrew Leslie, the government's parliamentary secretary for U.S.-Canada relations, is scheduled to attend. And Conservative defence critic James Bezan is flying back to Ottawa specifically for the party.

"It's our chance to go and celebrate Independence Day with the Americans and demonstrate we're friends," said Bezan.

"Members of families sometimes have difficulties, and we have to find a way to work through this."

Americans reach across the border, urge Canadians to ignore Trump