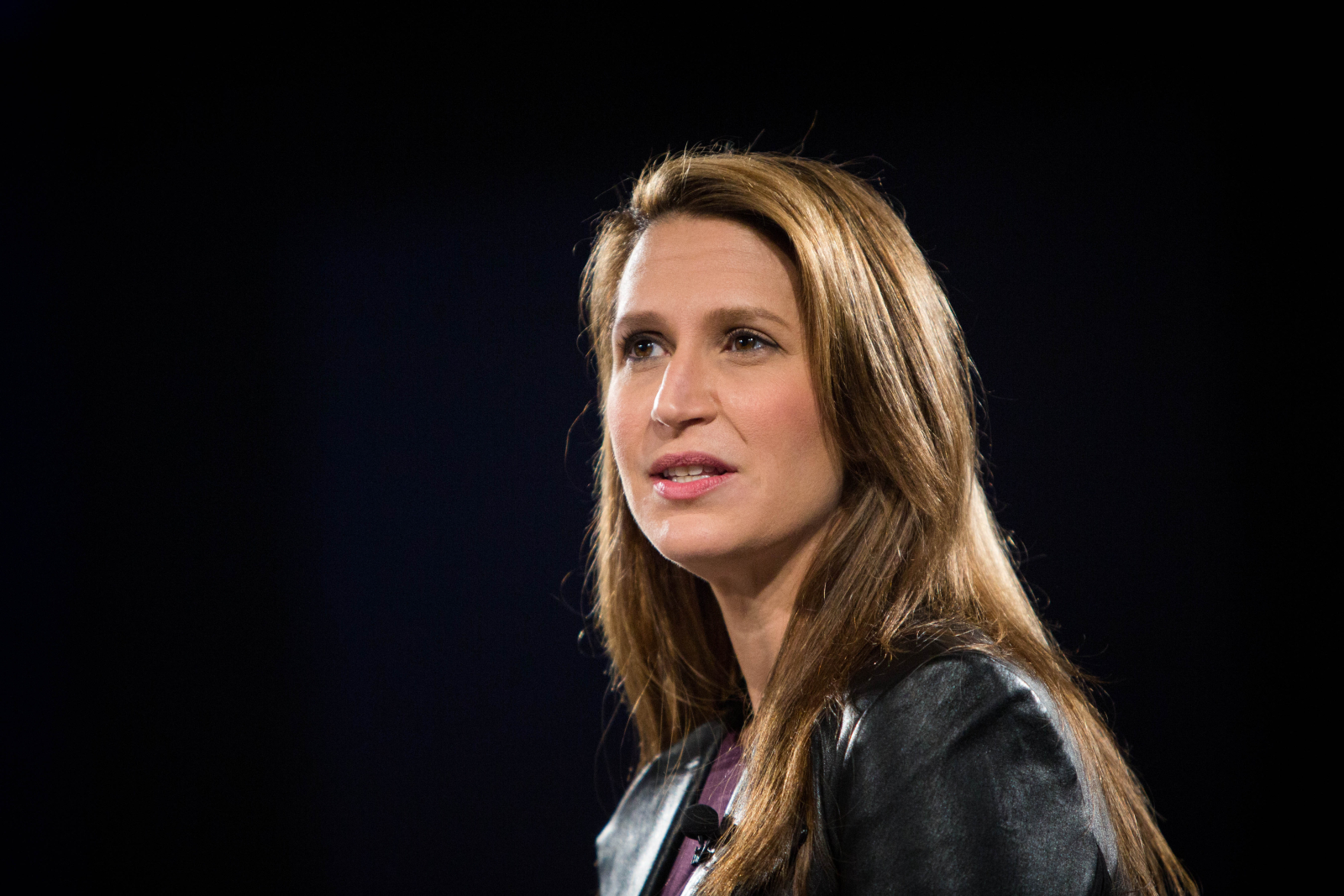 At a news conference on Thursday, two of Ford's senior cabinet ministers said they had filed papers at the Ontario Court of Appeal to challenge the constitutionality of the federal government setting rules in place to require polluters to pay. The ministers, Attorney General Caroline Mulroney and Environment Minister Rod Phillips, called the federal policy a "job-killing carbon tax that was "unethical and unfair."

Under Canada's Constitution and Canadian law, the federal government has a right to impose taxes as well as to regulate substances that are considered to be toxic. Constitutional law experts have previously told National Observer that Ford's plan is likely doomed.

The Trudeau government has said it would use its powers as part of a national strategy to fight climate change and honour Canada's international commitments, supported by all political parties, under the 2015 Paris Agreement to reduce greenhouse gas pollution and prevent dangerous levels of atmospheric warming.

Mulroney, speaking next to Phillips, said at their news conference the provincial government would fight back.

"The federal carbon tax will have its day in court. But it's already on trial among the families who will be forced to pay more for gas, home heating and everything else if the federal government gets its way," said Mulroney, who previously supported a plan to tax carbon emissions under former Progressive Conservative leader Patrick Brown.

Phillips, who was also part of the PC team supporting Brown's efforts to tax carbon, said that Trudeau should cancel the "carbon tax."

The Ontario government said it was setting aside up to $30 million for the legal fight but Mulroney said that she doesn’t think it will cost that much.

“Our kids deserve better,” McKenna said in the first of a flurry of tweets posted on Thursday morning. “The Ford government is cutting money that helps hospitals, schools, cities and families improve their energy efficiency, and instead is spending $30 million of taxpayer dollars opposing climate action.”

She added that the federal Liberal government had a climate plan that was working.

"Emissions are dropping, economy is growing," McKenna said on Twitter. "Since we were elected, Canadians have created over half a million jobs - that's 60% more than the Harper Conservatives in the same time. A plan for the environment, a plan for the economy."

Our government has a plan and it’s working. Emissions are dropping, economy is growing. Since we were elected, Canadians have created over half a million jobs — that’s 60% more than the Harper Conservatives in the same time. A plan for the environment, a plan for the economy."

It's now absolutely clear, the Ford gov’t – like the Scheer & Harper Conservatives - has no climate plan. Climate change doesn’t stop with a change in government. And in 2018, no climate plan = no plan for the economy. Our kids deserve better.

The Ford government is cutting money that helps hospitals, schools, cities and families improve their energy efficiency, and instead is spending $30 million of taxpayer dollars opposing climate action. Our kids deserve better.

Our government has a plan and it’s working. Emissions are dropping, economy is growing. Since we were elected, Canadians have created over half a million jobs – that’s 60% more than the Harper Conservatives in the same time. A plan for the environment, a plan for the economy.

'We take our mandate from the people'

Saskatchewan Premier Scott Moe shared the news of Ontario's move with his own series of tweets.

"The fed gov'ts imposed carbon tax will devastate economies across Canada," Moe said on Twitter. "It's time to let the provs decide for themselves what works best on climate."

Critics, including members of the Trudeau government, have suggested that Ontario and Saskatchewan are taking this position because they don't want to do anything to address the economic and environmental threats posed by climate change.

The fed gov'ts imposed carbon tax will devastate economies across Canada. This morning, the Ont govt announced their plan to challenge the carbon tax in court in Ont & intervene in our challenge in SK. It's time to let the provs decide for themselves what works best on climate. pic.twitter.com/CXkQI8rmQw

Today, the Ontario govt announced it will be filing its own reference case to challenge the Trudeau carbon tax, in addition to supporting and intervening in SK's reference case.

Our own constitutional argument against the carbon tax can be found here:https://t.co/73xRGZRIdP

This is the first constitutional challenge by the Ontario government in 30 years, according to Ontario Ministry of Attorney officials. The Ford government is taking the position that the “carbon tax” is unconstitutional, and second that the federal government does not have the power to impose the tax.

In his remarks, Phillips noted Trudeau's decision on Wednesday to "climb down" on its carbon-pricing plans after hearing concerns from Canadian industry officials that the tax would negatively impact their competitiveness.

Officials also said that this was not a Charter challenge after Mulroney repeatedly said the government would “use any legal measure possible.”

The environment is a shared entity, falling under both federal and provincial jurisdiction. Mulroney’s office is arguing any financial imposition to Ontario ratepayers is the province’s responsibility.

“We take our mandate from the people,” Mulroney said at a press conference on Thursday.

“This is an area the province should have mandate,” Phillips added. “Cancel the carbon tax.”

“This is not the only solution to climate change.”

“This government has no hesitation of messing with an election happening in the city of Toronto and then saying the federal government doesn’t have the right to use the constitutional rights it has,” said Peter Tabuns, the NDP critic for Energy issues.

Tabuns said Mulroney conveyed zero confidence is her announcement of the legal challenge. “She doesn’t think she’s going to win,” he said. “Anyone who can read knows that this case is more than likely going to lose. She has no confidence in it. She knows it’s just a political tool.”

“This government is more interested in spending money on lawyers than they are in repairing schools, helping hospitals lowering their utility bills or helping people save money by saving energy,” he said.

Ontario Liberal party leader John Fraser, too, said the legal challenge was “a fruitless exercise” in effort to “wage a fight against the federal Liberals.”

“We can’t afford the basic income pilot but we can afford to toss 30 million away on a very questionable constitutional challenge that no other province, except Saskatchewan, is joining,” Fraser said.

Editor's note: This article was updated at at 12:56 p.m. on Aug. 2, 2018 with additional comments from federal and provincial ministers and background information. It was updated again at 6:05 p.m. ET with comments made by Saskatchewan Premier Scott Moe.

This has to be one of the

Stopping Trudeau’s efforts to fight climate change? Really, you are not serious I hope! What efforts? Are you talking about the Carbon Tax, the very one that this ridiculous government is now clawing back for large emitters, because they “now realize” it is not good for business? This government refuses to inform Canadians as to what exactly this is going to cost us and how much it is exactly going to reduce emissions. Maybe it is because they don’t have a clue??

I don't really have a problem

I don't really have a problem with carbon taxes. And I generally prefer them to cap-and-trade, which tends to come with so many loopholes it's just a gimme to corporations, starting with "Here, you start with this many more emission allowances than you actually need, so now you can make money selling some".

But I would say all the "but OMG they distort sacred markets!" squalling about good old fashioned regulation is far overstated, and direct government action (such as simply building renewable energy, beefing up transit, subsidizing building refits for sustainability etc) needs to be a big part of any plan, a part Liberals generally neglect. Even the NDP rarely has the guts, although Jack Layton had some good ideas on that front.

"Trudeau government's efforts to fight climate change"? Window dressing only. If he was serious about affecting positive change he would not have bought into Kinder Morgan. Trudeau's an oil man now.