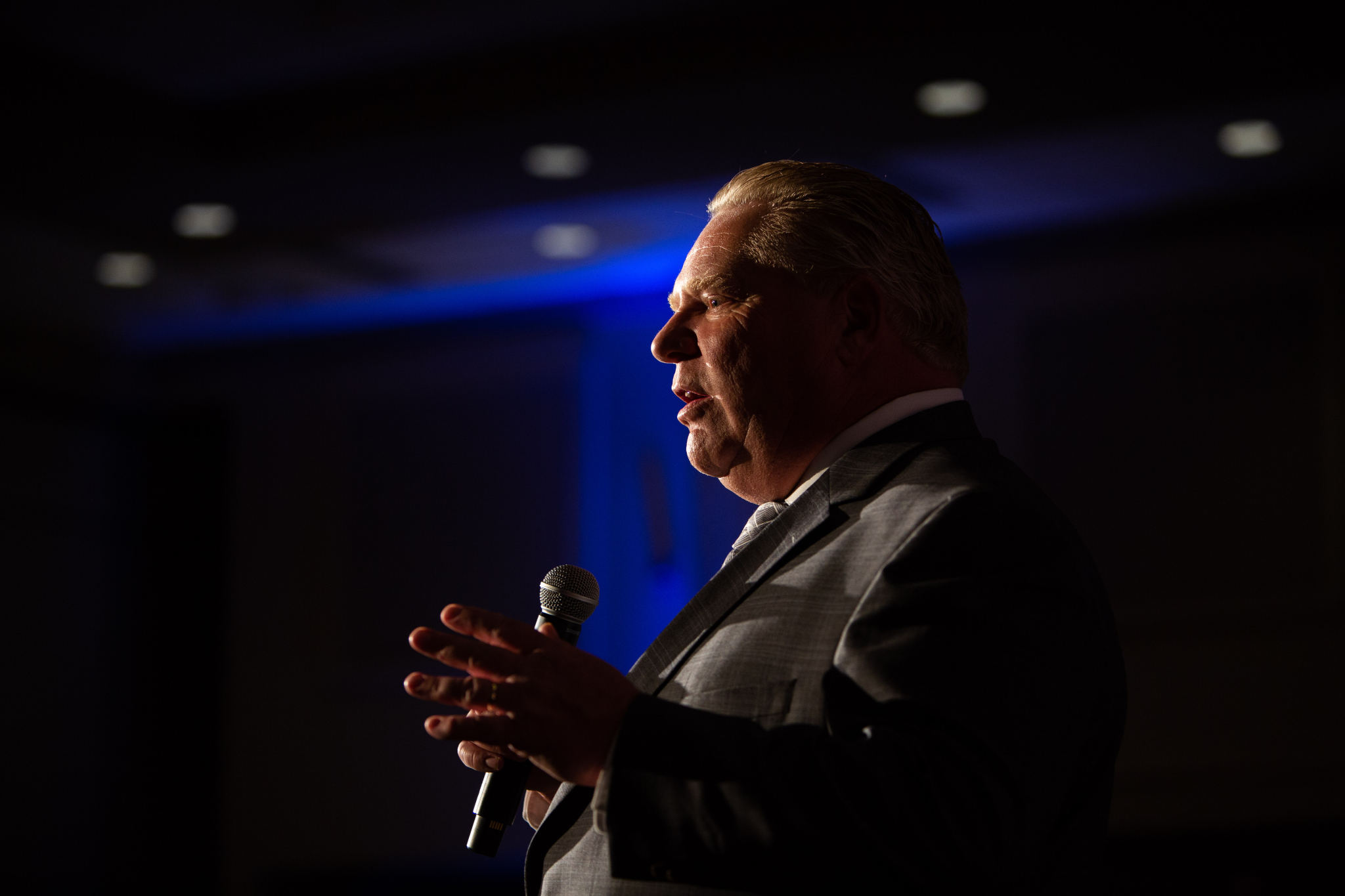 Progressive Conservative leader Doug Ford’s campaign trail promise to withdraw Ontario from the carbon cap and trade market it shares with Quebec and California would likely cost the province between $2 billion and $4 billion, a leading environmental lawyer warns.

That is in addition to a loss of some $2 billion in annual revenue the program raises from polluters. Those funds are earmarked for further emission-reducing initiatives such as home and business retrofits and electric vehicle subsidies and charging infrastructure.

That estimate is from Lisa DeMarco of the Toronto law firm DeMarco Allan, which specializes in climate change and clean energy. It includes the cost of buying back allowances the province has already sold to companies to cover emissions expected beyond 2020, as well as a “very rough and conservative estimate of potential litigation” of up to $100 million, she said in a phone interview with National Observer.

“You can imagine our neighbours to the south are not as conciliatory in general as Canadian companies and I imagine there will be significant litigation associated with that,” she said.

Under cap and trade, a limit is set on the amount of greenhouse gases companies can emit (the cap). Those that exceed their limit must buy additional allowances, while those that take steps to emit less than their limit can sell them (the trade).

Contract cancellations can be costly

Ontario’s system came into effect at the start of 2017, and was linked to similar systems in Quebec and California at the start of this year, with quarterly auctions held to give emitters multiple opportunities to buy enough allowances to cover the full four-year compliance period that runs to the end of 2020, as well as further into the future.

If Ford withdrew Ontario from the market at the end of the current compliance period, that would create less disruption than pulling out after the minimum one-year notice period, but would still require significant payback.

Ford has repeatedly said he would both repeal cap and trade and fight the federal government’s carbon pricing plan, the latter a fight legal experts say he is unlikely to win.

While Ford said in a televised debate last week that he believes in man-made climate change, he and his campaign have not provided details on how they intend to mitigate its effects or control emissions.

“You can imagine our neighbours to the south are not as conciliatory in general as Canadian companies and I imagine there will be significant litigation associated with that,” says @lisaelisabethd

"Ford’s policy is shortsighted," said Jason Thistlethwaite, University of Waterloo assistant professor whose research focuses on strategies to reduce the cost of extreme weather and climate change. "Any time you cancel a contract, that’s an additional cost."

DeMarco said the more likely and “least destructive way to proceed” for a prospective PC government in Ontario would be to tweak the existing legislation to redirect the proceeds rather than repeal it completely.

“I think once they discuss with industry what’s working, they will likely keep a price on carbon but determine how best to use the proceeds,” she said, with such options as returning the revenues directly to ratepayers or taxpayers.

Ford’s campaign has promised to lower both electricity and gasoline prices and taxes.

While it’s uncertain whether Ford accepts the need for a price on carbon at all, DeMarco said “I would find it strange if he didn’t,” given that even the most ardent provincial opponents of the federal carbon pricing policy currently have measures in place.