Federal public servants never analyzed the full impact of a national price on carbon in Canada's most populous province, and are now holding additional meetings as a result of Ontario Premier Doug Ford's election, a senior federal official revealed Thursday.

John Moffet, assistant deputy minister at Environment and Climate Change Canada’s environmental protection branch, confirmed that the federal system had been counting on Ontario’s cap and trade regime to do the heavy lifting.

Because of that, the department had directed its limited resources to more closely examine other provinces that didn’t have a price on carbon, because those were the jurisdictions where a federal carbon price “backstop” would come into play.

“Our work initially focused on sectors active in provinces where we were fairly confident the backstop would be applied,” said Moffet at a media briefing in Ottawa on Aug. 2.

“At that time, of course, Ontario had a cap and trade system, so we didn’t look at all the Ontario sectors.”

But that was before.

Ford rose to power this spring on a campaign promise to kill the province’s carbon pricing regime. The province’s environment minister, Rod Phillips, formally introduced legislation to do so on July 25.

One of the areas the government didn’t examine is a part of Ontario's chemical industry.

Government officials at the briefing wouldn’t name the other sectors they didn’t previously look at, but they did note they numbered around 20, depending on how one breaks down the data.

Federal Conservatives have also been criticizing the Trudeau government's climate policies, accusing it of hiding the full costs of its plan.​ Moffet's comments indicate that federal public servants haven't done the research to address those questions. 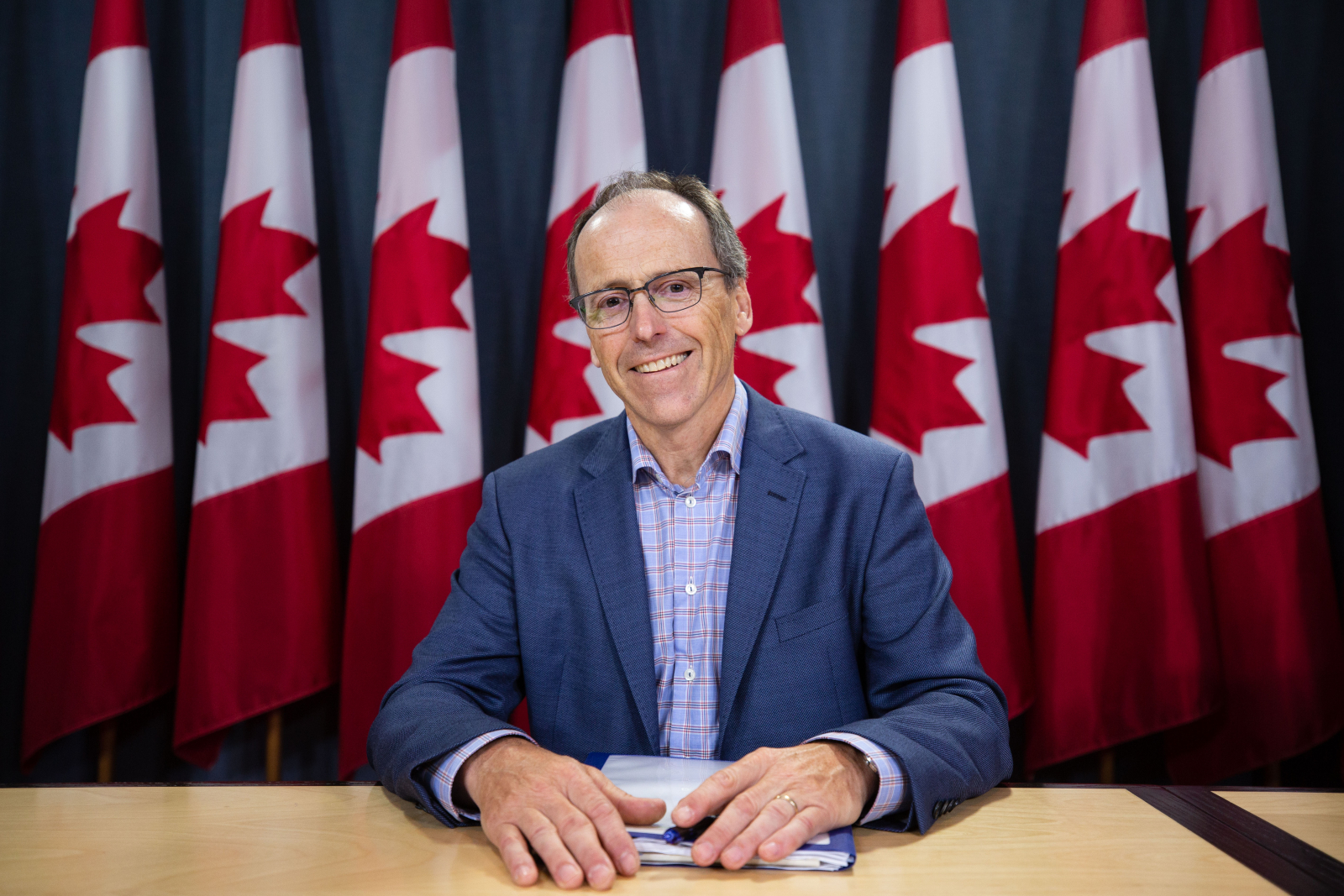 The same day Phillips put forward legislation to kill cap and trade in Ontario, the federal government held a previously-undisclosed series of “engagement sessions” with Ontario businesses it hadn’t talked to before, according to documents circulated at the briefing.

Moffet described those July 25 sessions as the government’s “kickoff, initial meeting with a whole range of those sectors” that it hadn’t previously engaged with.

Under the old proposed system, major carbon polluters would have been allowed to pollute up to 70 per cent of the average emissions intensity of their industry. After that, they'd have to pay for credits. Companies that came in under could bank those credits or sell them off.

Emissions intensity measures greenhouse gases per unit of production, meaning sectors that throw off a lot of pollution as a byproduct of their production would have a greater intensity than others.

The adjustment on July 27 moved that cap up to 80 per cent for most sectors. Four sectors — cement, lime, steel manufacturing and nitrogen fertilizers — got a further adjustment to 90 per cent.

Environment and Climate Change Minister Catherine McKenna portrayed those moves as providing relief to businesses. "We don't want to drive industry out of our country,” she told The Canadian Press.

That led to headlines suggesting the government was easing up on its thresholds — which in turn has led to accusations by Phillips that the Trudeau government was “confessing” that carbon pricing would lead to “economic catastrophe.”

Not so, says Moffet.

He described it instead as tweaking the proposed standards, putting the impact at "an order of magnitude less than 10 megatonnes."

“This is not a major policy shift. In our view it represents a fine-tuning,” said Moffet. “We expect it to have minimal impact on greenhouse gas reductions.”

Moffet also said Thursday those may not be the last changes the federal government makes to its proposed regulations.

The pressure facing companies from tariffs imposed by Washington and the drop in U.S. corporate taxes are being considered, he said.

“I would say the government is open to further changes across the board,” said Moffet.

Decision to adjust made ‘well before’ July 25

Moffet also denied that the feedback the federal government heard from Ontario businesses during its July 25 “engagement sessions” is what led to a decision two days later to tweak the emissions standards.

"I assure you that decision was made well before that meeting on the 25th,” he said. He emphasized there was "no link between that meeting and the announcement on the 27th.”

Pressed on exactly when the decision was made, Moffet couldn’t say. He said departmental officials had been in touch with McKenna on the issue “for at least a month before the announcement.”

That would put the decision right around the time of the swearing-in of Ford’s government. Moffet couldn’t say if it was before or after that moment.

"In a certain sense, decisions aren't made until they're announced," he said.

Senior government officials have confirmed the government had planned to make the decision around this time, at the conclusion of the second phase of their three-part assessment of competitiveness impact.

After that, officials said, they had planned to brief the minister before moving on to phase three, which looks at additional analysis, like impacts at specific facilities, domestic and international market considerations and indirect costs.

The government says it expects to finalize the emissions regulations by June 2019, at which point they will be retroactive to January 2019.

Prime Minister Justin Trudeau announced that the federal government was planning to make polluters pay for carbon emissions during a speech in the House of Commons on Oct. 3, 2016.

When asked why it has taken more than two years for public servants to come up with regulations to support Trudeau's commitment, Moffet said the department wanted to be thorough.

"The issue is really one of the fundamental desire of the public service, and the government I would add, to ensure the regulations are developed based on as complete evidence and analysis as possible," he said.

"Two years to develop any regulation is fast...a regulation that affects the cost of virtually every industry in Canada is necessarily going to take that long unless we cut corners."

This government is unqualified to lead. No surprise though. As soon as they began reneging on election promises it was clear we needed to vote them out at our earliest opportunity. The Federal Liberals are unaffordable.

David, when you say 'vote

That's the real problem TBH. I think the best we can hope for is a reigned in Liberal minority in 2019. But I think it is doubtful that will happen - Trudeau will probably mop up with a majority again.

After a decade of

After a decade of Conservative government did we just get used to the lickety split vandalism of the harperCons?

'We don't need no stinkin' analysis, consultation or debate. We've got Ayn Rand scripture and Fraser Institute verse to guide us to the reformacon promised land.'

The best Canadians don't care for omnibus end-runs around parliament, and the worst don't care about anything else.

What with their parliamentary end-run omnibus bills and

Those who make the rules

Those who make the rules clearly do not understand the disaster that awaits us. And, it will be much worse for future generations.

The title of this article is

The title of this article is misleading. Prior to Ford, Ontario had a cap & tade system in place that l assume factored in its economic impact on various industries. Now we are back to square one with Feds having to research the impact of a carbon tax, a different economic policy instrument, on Ontario's industries. The title suggests the Feds simply haven't done their homework.