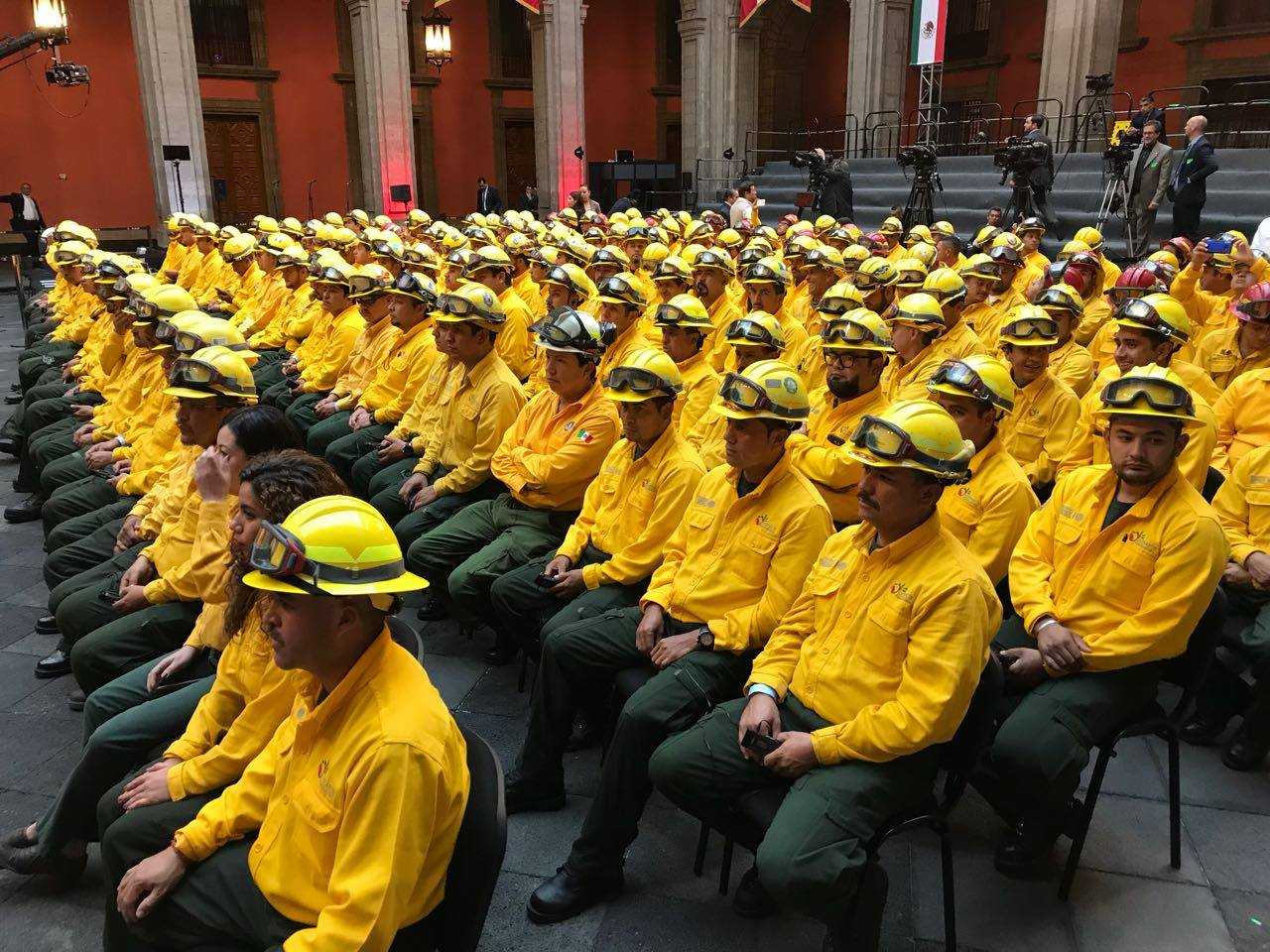 Mexican firefighters who had been deployed to Canada participate in an event with Prime Minister Justin Trudeau and Mexican President Enrique Peña Nieto in October 2017 in Mexico City. Photo courtesy Embassy of Mexico
Previous story
Next story

Mexico has deployed over 300 of its firefighters and technicians to Ontario during the past two weeks, to help battle forest fires menacing the province.

The international collaboration underscores the fact that Ontario, which is currently facing down 47 active forest fires across its northeast and another 101 fires in the northwest, needs all the help it can get.

In addition to firefighting crews from across Canada and the United States, Ontario welcomed three separate groups of 100 Mexican firefighters each, on July 20, 24 and 28, confirmed Oscar Mora, press attaché at the Embassy of Mexico in Ottawa.

The 300 Mexican firefighters, plus nine technicians and one representative from Mexico’s National Forestry Commission, were all sent to Sudbury, Ont. to collaborate with Ontario’s Ministry of Natural Resources and Forestry, he said.

Scientists say climate change is making severe weather events, like the wildfires and heat waves experienced this summer, more frequent and more intense. There have been 914 forest fires in Ontario so far this year, which is hundreds more than the 10−year average of 517 at this point in the season.

Canadian government scientists have determined that large portions of the country's boreal forest could be at risk of dying off by the end of the century, as climate change aggravates the risk of wildfires and other threats.

Ontario currently has no plan to address climate change after the incoming government of Premier Doug Ford abandoned former premier Kathleen Wynne's environmental and economic policies. However, Environment Minister Rod Phillips recently tabled legislation that would require him to come up with a climate plan, set new targets and report back on progress.

“Collaboration in fire management is among the many successful areas of cooperation between Mexico and Canada,” Mora said.

Mexico has sent 300 firefighters, nine technicians and a representative from its forestry commission to Sudbury to help battle the fires across Ontario. #onpoli

“Mexico is ready to continue providing support to our Canadian partners.”

One particularly large fire, named “Parry Sound 33,” started on July 18 in the province's cottage country, and has already burned through more than 100 square kilometres of forest. It has led to evacuations in parts of Killarney, Ont., south of Sudbury.

Crews from the northwest of the province were diverted to deal with the blaze that is threatening a portion of the Trans-Canada Highway.

Smoke from that fire has now drifted hundreds of kilometres across land, affecting air quality and visibility in the region, including in Mattawa, a two-hour drive east of Sudbury, according to Environment and Climate Change Canada.

Natural Resources and Forestry officials told The Canadian Press that more than 500 firefighters were beating back “Parry Sound 33.”

Last year, hundreds of Mexican firefighters were deployed to British Columbia, and in 2016 other types of firefighting personnel were sent to Alberta.

Canada and Mexico signed a Memorandum of Understanding in 2016 to exchange wildfire resources and information. The Mexican Embassy says that agreement was signed in response to the increase in frequency and intensity of fires in both countries.