By Michelle McQuigge | News, Politics | August 19th 2018
#75 of 116 articles from the Special Report: State of Journalism 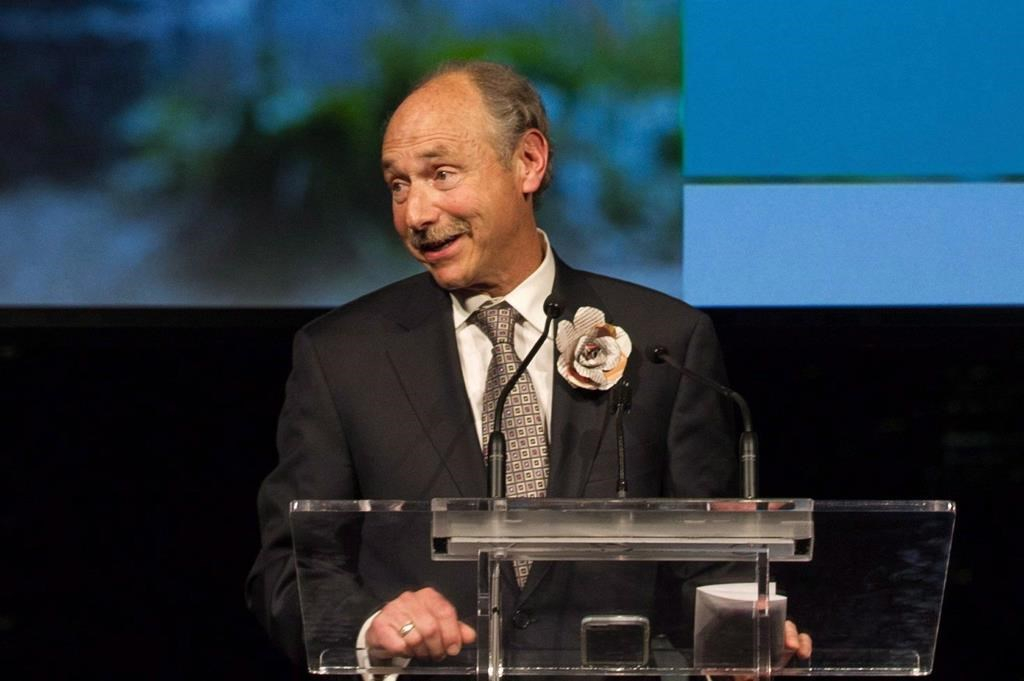 Stan Behal of the Toronto Sun accepts the award for news photo at the 2016 National Newspaper Awards in Toronto on May 5, 2017. File photo by The Canadian Press/Galit Rodan
Previous story
Next story

A Toronto newspaper photographer said he opted to file a complaint with police about being attacked while covering a protest in order to raise awareness about the dangers of escalating anti-media sentiment.

Longtime Toronto Sun staff photographer Stan Behal said what he experienced last weekend — which included being hit on the head — was different from other incidents over his 35-year career, alleging it appeared to be fuelled by animosity toward journalists.

The occurrence, coupled with increasing anti-media rhetoric from south of the border, made him feel the need to put the matter before police, he said.

"The public is getting the message that you can get away with this, especially when someone as high-profile as the President of the United States says that we're the 'enemy of the people,'" Behal said. "That's scary. That really makes what we do very difficult."

Toronto police said in a news release Thursday they were looking for the public's help in identifying the suspect in an alleged assault on a 63-year-old man in the city's downtown last Saturday. A police spokeswoman confirmed the victim of the alleged incident was Behal. Police said the suspect is a man in his 20s, with a muscular build and short brown hair. He was wearing a grey T-shirt at the time.

Behal said the incident took place while he was covering an anti-hate rally in downtown Toronto on Saturday.

A coalition of religious, labour and social justice groups had convened to counteract a planned demonstration by the Worldwide Coalition Against Islam, which is open about its anti-Muslim and white supremacist agenda. That group ultimately did not go through with its rally but those against it gathered nonetheless.

Behal said that while many espoused messages of tolerance, a specific contingent made him feel targeted as he accompanied a Toronto Sun columnist and snapped photos of the event.

Those individuals, who covered their faces with bandannas, followed, photographed and challenged him as he tried to complete his assignment, he said.

Suddenly, a man whose face was not covered lunged at him, Behal said.

A video posted on the Sun's website shows a man rush up to Behal, swat at his head, grab his arm and eventually yank off his cap. Several people, including police, look on as the incident takes place.

"I think he meant to do damage," Behal said. "It looks like he's just swiping to try and get my hat, but his hand comes down pretty strongly on the top of my head ... It was quite painful."

Groups organizing or endorsing the rally criticized what happened, saying it undermined the purpose of the event.

United Jewish People's Order spokeswoman Lia Tarachansky, one of the event organizers, apologized to Behal for his ordeal and said no one should ever feel unsafe at an event denouncing hatred.

"We did not go there to be violent, but to unite Toronto against hate groups," she said.

Evan Balgord, executive director of the Canadian Anti-Hate Network, said hat-grabbing has become a feature of some protests and typically involves people removing the "Make America Great Again" caps that have become prevalent since Donald Trump launched his successful bid for the U.S. presidency.

But Balgord said disrupting journalists in the course of their duties crosses the line.

"The guy who did this should not have done this," he said. "You do not lay hands on journalists at demonstrations."

At least one industry group said Behal's experience raises alarms about the treatment of journalists in society at large.

"In an era where epithets like 'fake news' are undermining the integrity of journalists around the world, we are seeing real, tangible effects of a concerted effort to establish distrust between the public and the press," Cole Burston, the president of the News Photographers Association of Canada said in a statement.

"The incident with Mr. Behal underscores the growing challenge our colleagues face in simply doing their jobs, and that's not acceptable."