The modern automobile must die 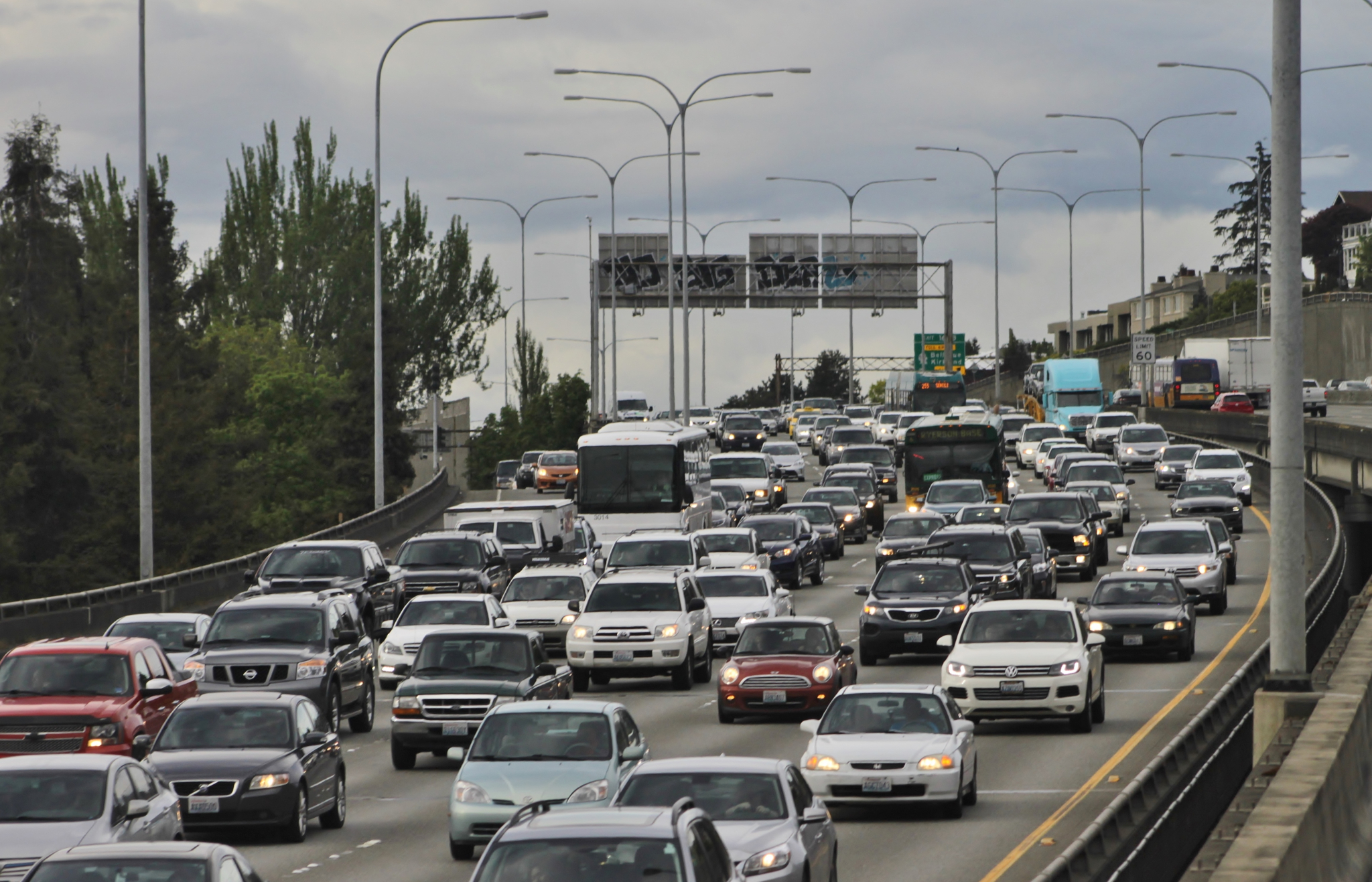 Germany was supposed to be a model for solving global warming. In 2007, the country’s government announced that it would reduce its greenhouse gas emissions by 40 percent by the year 2020. This was the kind of bold, aggressive climate goal scientists said was needed in all developed countries. If Germany could do it, it would prove the target possible.

So far, Germany has reduced its greenhouse gas emissions by 27.7 percent—an astonishing achievement for a developed country with a highly developed manufacturing sector. But with a little over a year left to go, despite dedicating $580 billion toward a low-carbon energy system, the country “is likely to fall short of its goals for reducing harmful carbon-dioxide emissions,” Bloomberg News reported on Wednesday. And the reason for that may come down not to any elaborate solar industry plans, but something much simpler: cars.

“At the time they set their goals, they were very ambitious,” Patricia Espinosa, the United Nations’ top climate change official, told Bloomberg. “What happened was that the industry—particularly the car industry—didn’t come along.”

Changing the way we power our homes and businesses is certainly important. But as Germany’s shortfall shows, the only way to achieve these necessary, aggressive emissions reductions to combat global warming is to overhaul the gas-powered automobile and the culture that surrounds it. The only question left is how to do it.

In 2010, a NASA study declared that automobiles were officially the largest net contributor of climate change pollution in the world. “Cars, buses, and trucks release pollutants and greenhouse gases that promote warming, while emitting few aerosols that counteract it,” the study read. “In contrast, the industrial and power sectors release many of the same gases—with a larger contribution to [warming]—but they also emit sulfates and other aerosols that cause cooling by reflecting light and altering clouds.”

In other words, the power generation sector may have emitted the most greenhouse gases in total. But it also released so many sulfates and cooling aerosols that the net impact was less than the automobile industry, according to NASA.

Since then, developed countries have cut back on those cooling aerosols for the purpose of countering regular air pollution, which has likely increased the net climate pollution of the power generation industry. But according to the Union of Concerned Scientists, “collectively, cars and trucks account for nearly one-fifth of all U.S. emissions,” while “in total, the U.S. transportation sector—which includes cars, trucks, planes, trains, ships, and freight—produces nearly thirty percent of all US global warming emissions ... ”

In fact, transportation is now the largest source of carbon dioxide emissions in the United States—and it has been for two years, according to an analysis from the Rhodium Group.

There’s a similar pattern happening in Germany. Last year, the country’s greenhouse gas emissions decreased as a whole, “largely thanks to the closure of coal-fired power plants,” according to Reuters. Meanwhile, the transportation industry’s emissions increased by 2.3 percent, “as car ownership expanded and the booming economy meant more heavy vehicles were on the road.” Germany’s transportation sector remains the nation’s second largest source of greenhouse gas emissions, but if these trends continue, it will soon become the first.

Clearly, the power generation industry is changing its ways. So why aren’t carmakers following suit?

To American eyes, Germany may look like a public transit paradise. But the country also has a flourishing car culture that began over a hundred years ago and has only grown since then.

Behind Japan and the United States, Germany is the third-largest automobile manufacturer in the world—home to BMW, Audi, Mercedes Benz, and Volkswagen.* These brands, and the economic prosperity they’ve brought to the country, shape Germany’s cultural and political identities. “There is no other industry as important,” Arndt Ellinghorst, the chief of Global Automotive Research at Evercore, told CNN.

A similar phenomenon exists in the United States, where gas-guzzlers symbolize nearly every cliche point of American pride: affluence, capability for individual expression, and personal freedoms. Freedom, in particular, “is not a selling point to be easily dismissed,” Edward Humes wrote in The Atlantic in 2016. “This trusty conveyance, always there, always ready, on no schedule but its owner’s. Buses can’t do that. Trains can’t do that. Even Uber makes riders wait.”

It’s this cultural love of cars—and the political influence of the automotive industry—that has so far prevented the public pressure necessary to provoke widespread change in many developed nations. But say those barriers didn’t exist. How could developed countries tweak their automobile policies to solve climate change?

For Germany to meet emissions targets, “half of the people who now use their cars alone would have to switch to bicycles, public transport, or ride-sharing,” Heinrich Strößenreuther, a Berlin-based consultant for mobility strategies told YaleEnvironment360's Christian Schwägerl last fall. That would require drastic policies, like having local governments ban high-emitting cars in populated places like cities. (In fact, Germany’s car capital, Stuttgart, is considering it.) It would also require large-scale government investments in public transportation infrastructure: “A new transport system that connects bicycles, buses, trains, and shared cars, all controlled by digital platforms that allow users to move from A to B in the fastest and cheapest way—but without their own car,” Schwägerl said.

One could get away with more modest infrastructure investments if governments required carmakers to make their vehicle fleets more fuel-efficient, thereby burning less petroleum. The problem is that most automakers seek to meet those requirements by developing electric cars. If those cars are charged with electricity from a coal-fired power plant, they create “more emissions than a car that burns petrol,” energy storage expert Dénes Csala pointed out last year. “For such a switch to actually reduce net emissions, the electricity that powers those cars must be renewable.”

The most effective solution would be to combine these policies. Governments would require drastic improvements in fuel efficiency for gas-powered vehicles, while investing in renewable-powered electric car infrastructure. At the same time, cities would overhaul their public transportation systems, adding more bikes, trains, buses and ride-shares. Fewer people would own cars.

At one point, the U.S. was well on its way toward some of these changes. In 2012, President Barack Obama’s administration implemented regulations requiring automakers to nearly double the fuel economy of passenger vehicles by the year 2025. But the Trump administration announced a rollback of these regulations earlier this month. Their intention, they said, is to "Make Cars Great Again."

The modern cars they’re seeking to preserve, and the way we use them, are far from great. Of course, there’s the climate impact—the trillions in expected economic damage from extreme weather and sea-level rise caused in part by our tailpipes. But 53,000 Americans also die prematurely from vehicle pollution each year, and accidents are among the leading causes of death in the United States. “If U.S. roads were a war zone, they would be the most dangerous battlefield the American military has ever encountered,” Humes wrote. It’s getting more dangerous by the day.

Is Scott Pruitt a liar?

I'm generally in favour of

I'm generally in favour of moving away from car use. But this article makes some odd assumptions. For instance, starting from noting that basically, electric power is moving to emission-free sources and away from coal, it then assumes that electric cars will be powered by coal. Sure, maybe a coal-powered electric car would emit as much as a gas-powered car . . . but a solar or wind-powered electric car surely would not.

The article also starts from the point that transport in general is the largest emission source, but moves straight to a concentration entirely on basically commuter traffic--individuals with personal cars. But there's a lot of freight being moved, and a lot of planes flying around. How much does trucking contribute? How much does ocean transport contribute? Should we not also be emphasizing a move to more efficient trains over trucks on highways, and electrifying those trains? Should we be looking at curtailing excessive supply chains and perhaps encouraging more domestic production rather than emphasizing trade so much? Should we be building modern windjammers? There's a lot more transport out there than just cars.

That said, I do agree that building really good efficient, low- or zero-emission public transit infrastructure is a Good Thing (for a host of reasons, of which curtailing carbon emissions is just one). The article just seems a bit facile in its approach.

......yes, and of course Doug Ford's government in Ontario has just killed the EV rebate, cancelled all the province's green programs, and killed all the new pending contracts for renewable electrical generation. It never ceases to amaze me that people actually voted this guy and his lackeys in! Yes, there's a domestic war zone alright, but it goes well beyond just our roads. It boarders extend to a whole way of thinking and a whole way of life. The people who voted in Trump, and Ford and others like them, don't think in a way that leads them to see the danger of these 'back to the past' policies. And, these voters won't change. I know some of them, and believe me, few of them will change their ways. Mostly people don't change, they just get old and die. These regressive old-school holdouts just have to be out-voted, and that means every progressive-minded individual out there has to get off their duff and VOTE.....every time, and no excuses. Polls show that the same people voted for Harper when he won in the past as when he lost to Trudeau in the last election. The difference was that more people got out and voted in the last election and those voters didn't vote for Harper. This is the only way to get rid of these regressive politicians. VOTE THEM OUT, and demand much more from progressive politicians. We're well beyond the point now where modest centrist policies will keep us safe from significant damaging climate changes.

This study from Canada's