It's not just the forests burning. Our economic system was designed to burn everything in its path 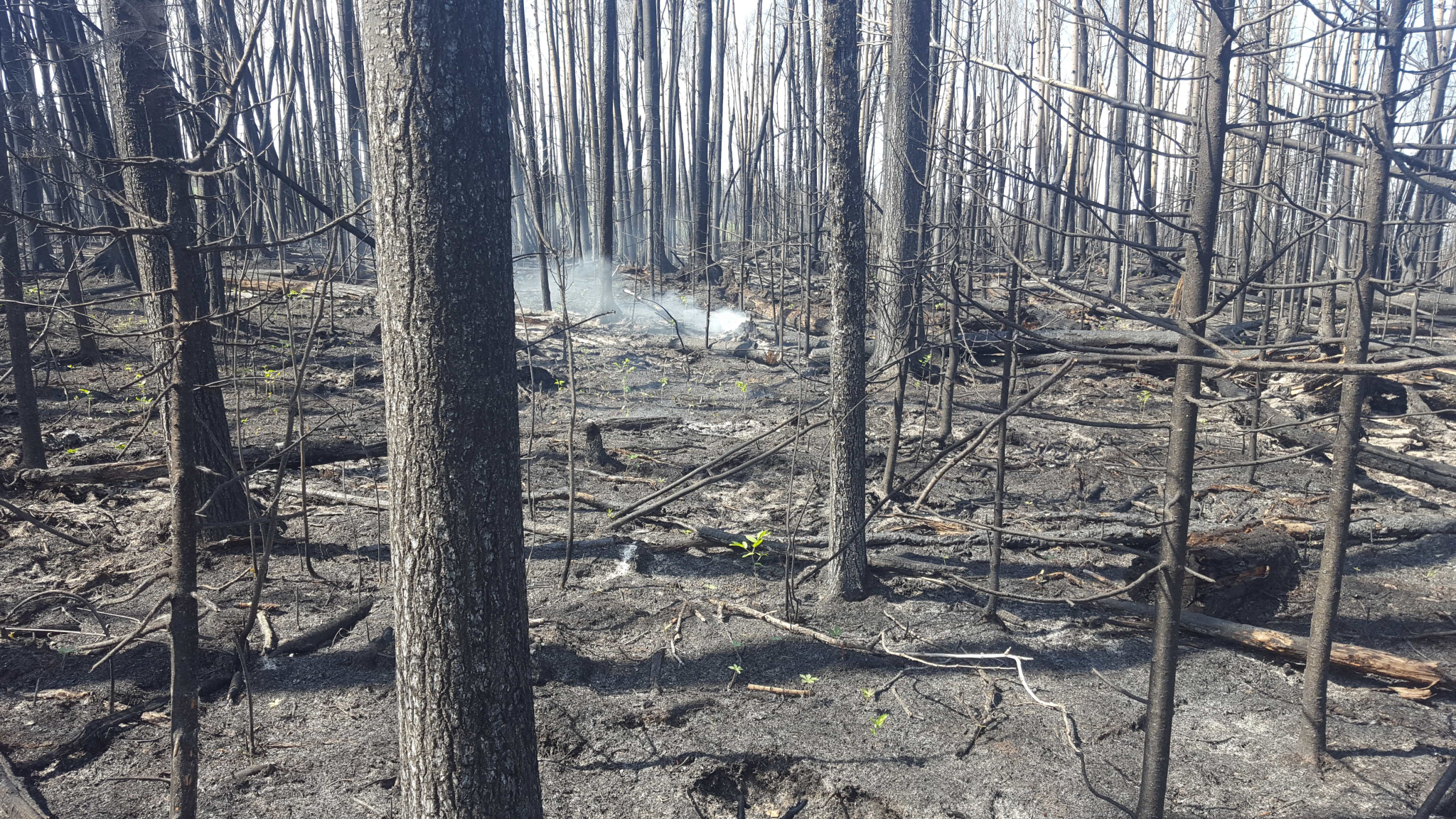 Smoke smoulders in the forests near Fort McMurray following a wildfire on May 27, 2016. Photo courtesy of Mike Flannigan
Previous story
Next story

Something has changed this summer, in Canada, and throughout the world. Across social and traditional media, there's a new face of summer emerging.

Gone are the typical images you're used to seeing of people swimming, camping and hiking. Instead, all you see are disturbing images of smoke, flames and family picnics held against a backdrop of grey skies full of falling ash.

In place of the celebratory nature-revelling the season usually brings are expressions of fear and grief at the idea that we may have abruptly stepped into a new kind of summer: summer as a season of fire and destruction in a world out of balance.

My heart breaks seeing images where day is as black as night in parts of British Columbia from the soot of the forests on fire. As we watch them burn, I remember when I felt this heartbreak for the first time: I was in my teens, witnessing the destruction wrought by the mountain pine beetle in the forests of the B.C. interior where I grew up.

This humble little insect, fueled by warmer winters, turned entire forests as far as the eye could see into red, dead, standing monuments to climate change.

Back then, we responded to this ecological crisis by extracting the trees more aggressively than ever. “Waste-wood salvaging” became an excuse to let logging companies consume much of what was left of the forest. We burned the wood “waste” (woody debris the logging companies didn’t want to process and didn’t care to leave to become new soil) in giant piles that stretched for miles. These fires lit up the skies in the fall after the urban environmentalists had returned from their summer vacations. We did this beside old clearcuts, creating “big openings” — harvested, devastated landscapes of larger than 100,000 hectares throughout the north.

Seeing these in person was devastating and shocking beyond words. It was like looking under the hood of our economic system expecting to find a sophisticated, modern engine and finding instead a violent, brutal monster that valued only what it could devour and turn into money. It had no word for “tomorrow” or “life.” And it was like looking into the future.

Boom and bust cycles in the extraction economy have always brought incredible destruction and pain, especially to those closest to the land. Not by accident but by design – billions of dollars of wealth has been stripped from the land for the benefit of mostly outside investors who never intended a long term sustainable plan for rural or Indigenous communities, much less the ecosystems they rely on.

But with accelerating climate change, we now have boom, bust and burn (this burn has many forms, fire is just one). And it affects everyone.

The truth is this economic system has always been on fire. The terrifying object at the end of the extraction economy is the devastating and total incineration of almost everything we know and love. This is the only endgame in the extraction economy — it is what happens when a model dependent on infinite growth is played out on a planet with finite resources.

The extraction economy is an extinction economy, or maybe more accurately an extinction machine. It has always burnt everything in its path. That is what it’s designed to do. The people and living things on the periphery have always felt it first.

But now in a world of global climate disruption, the match has burned down to our fingers. There is no periphery and no centre. Just one interconnected and interdependent world – on fire, together.

It is not a bad thing to see this laid bare. We need new models for a sustainable civilization, and this will be a big lift that will require change at every level of social organization. The shocks to our current system that arrive early are better than the ones that come too late.

Right now, it is not hard to look around and see a world of excruciatingly painful gifts, waiting for us to receive them and do what is needed in response.

The grief that witnessing this produces in us is actually love – love under intense pressure to evolve. It’s like a diamond, desperately trying to be born. Except these aren’t diamonds, they are the seeds of a new system, and they can only germinate in the deepest part of the human heart. They get watered with our tears, but only grow through our committed actions.

As I watch the land that I love burn, I greet this grief in my heart and know how much love and hope it contains. And I think of the millions and millions of people who are all feeling this right now, together.

This is a heartbreaking and beautiful time to be alive, together.

Fires have always enriched the land, and fire is how land is made. And, fire ultimately transforms matter into only what fire can’t take away.

Now we get to see how fire transforms us.

Julia Pope is the former strategic communications director of Stand.earth and Leadnow. Originally from Naramata, B.C., she now lives in Berkeley, California, and is the co-founder of Hylo: a web and mobile app that helps communities collaborate and create together.

How to protect your children from wildfire smoke

Not much to quarrel with here

Not much to quarrel with here.....its the model poor earth dependent people have experienced for a long time now. But wealthy cities are built on just such out of sight strip mining, and trying to imagine what we will do now that it appears we can't continue with 'business as usual' is hard.

A growing right wing in Canada seems intent on continuing to whine about taxes. As if not paying for anything is going to keep us secure. I'm far from sure large segments of our population 'get' what these fires are telling us. They didn't get it last year, or the year before. And they don't seem to get it if its in Portugal, or Greece....

Hopefully the smokey fires will help. But it's very late in the afternoon to just be waking up. What alternatives can we imagine? Design together? Implement on a wide scale?