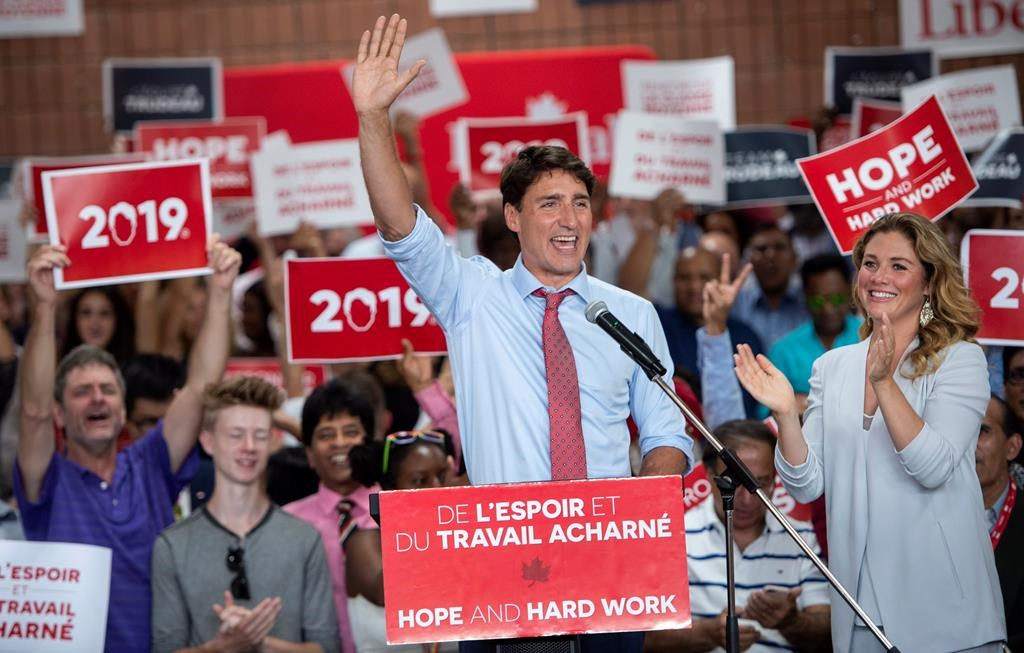 Prime Minister Justin Trudeau is applauded by his wife Sophie Gregoire and supporters during his nomination meeting in Montreal on Sunday, August 19, 2018. Photo by The Canadian Press/Paul Chiasson
Previous story
Next story

Justin Trudeau will run again in the 2019 federal election.

The Liberal leader formally announced his nomination at a party event Sunday in his Montreal riding of Papineau.

The partisan crowd cheered as Trudeau reaffirmed his belief in what he called "positive politics," and took jabs at Conservative Leader Andrew Scheer, whom he accused of exploiting fear and division.

The Liberal leader also promised to tackle a number of challenges that include protecting Canada's oceans, raising the standard of living for Indigenous Peoples and narrowing the gap between rich and poor.

The riding has been held by the Liberals for almost all of the last 50 years, with the exception of 2006 to 2008 when it was held by the Bloc Quebecois.