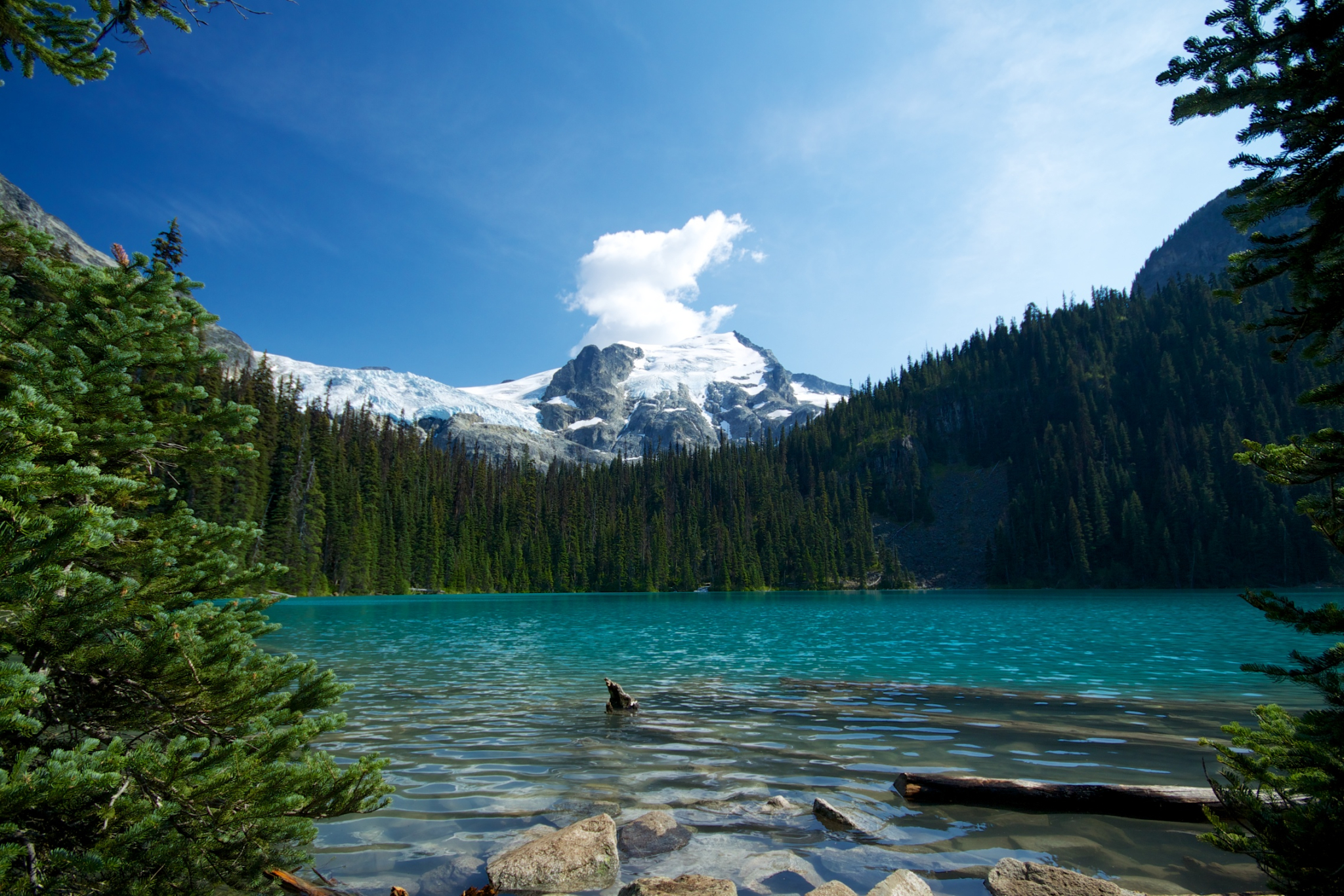 With its turquoise glacial lakes and proximity to Metro Vancouver, it was only a matter of time before Joffre Lakes provincial park became a social media darling.

But once the secret was out, it was out in a big way.

The main trail of the once tranquil natural paradise now hosts a procession line of hikers, whose cars overflow from the designated parking lot and line dozens of metres of highway.

Local politicians and conservationists say the park, like many ecological destinations before it, could be in danger of being "loved to death."

It's prompting them to push for new ways — including a proposed hiking reservation system — to balance ecological protection with the benefits of tourism and encouraging people to get outside.

"The word is out that this is the best place in the world," said Jack Crompton, chairman of the Squamish-Lillouet Regional District.

Crompton grew up in the area and has witnessed its quick transformation first hand. The first time he hiked up to Joffre Lakes, he camped there for four days and saw no one.

"Five to seven years ago, very few people knew about Joffre Lakes. A couple of cover photos and some social media has meant that it has become a major destination for tourists."

Both the regional district and village of Pemberton are calling for increased management of the region's backcountry destinations through resolutions at the Union of B.C. Municipalities, an annual gathering of municipal politicians from across the province.

Local politicians and conservationists say Joffre Lakes provincial park, like many ecological destinations before it, could be in danger of being "loved to death," via @NatObserver

In addition to Joffre Lakes, the regional district also named Strawberry Point recreation area along Lillouet Lake and Porteau Cove between Vancouver and Squamish as areas of concern.

While both the local governments are calling for provincial park management funding to match the money that goes into marketing, the regional district is also asking the province to create more recreation destinations so that visitors can be spread over a larger area. Pemberton is asking the province to investigate a trail booking and reservation system fee structure.

Pemberton Mayor Mike Richman said one of the big concerns is that people aren't educated about safety, including obeying fire bans and keeping campsites clean.

He pointed to Keyhole Falls as a casualty, which had to be shut down last year for the season because food and garbage attracted too many bears.

"We welcome it, we thrive on it, it's a big part of our local economy," he said.

Instead, it wants to see the province invest more in managing the parks, now that marketing has proven successful.

"Balancing increased visitation with our conservation mandate is a delicate balance," BC Parks said in a statement.

More visitors than ever are coming to parks during the period between the high and low times of the tourism seasons, when parks are on reduced service levels or even closed, it said.

BC Parks has taken measures to address the over-capacity issues in the Sea-to-Sky corridor north of Vancouver, including developing and redesigning parking lots, campgrounds and trails and employing the reservation system for popular campgrounds, it said.

It introduced a year-round reservation system at Garibaldi provincial park and has hired new full-time senior park rangers to carry out backcountry patrols. It also added an auxiliary ranger at Joffre for summer patrols.

BC Parks will be developing a long-term strategic plan to manage public use of parks in the corridor, it said.

An international study published in the journal Science in May looked at 50,000 protected areas worldwide. It found one-third of the area is under intense pressure from activities like road building, logging and urbanization.

While most of the degradation was in Asia, Europe and Africa, it's also occurring in Canada.

One of the study's authors, Oscar Venter, associate professor of forestry at the University of Northern British Columbia, said at the time that Banff and Jasper are examples of iconic parks in Canada where a high number of visitors pose a challenge to maintaining healthy populations of some endangered species.

Tori Ball, terrestrial campaigner for the Canadian Parks and Wilderness Society, said places like Joffre Lakes show that parks systems in Canada are underfunded. The organization is advocating for the creation of new recreation areas and trail upgrades so that traffic can be spread out.

"The overcrowding of that park, part of it has to do with there not being similar examples (nearby)," she said.

But staffing also needs to increase, so that parks can be monitored and people can be educated not to leave garbage or food out, to pick up after their dogs and to be prepared for interactions with wildlife, she said.

"It's definitely not unique to B.C. I think it's something other park systems are struggling with. That's why it's an opportunity for B.C. to be a leader."

Summer weather is getting 'stuck' due to Arctic warming