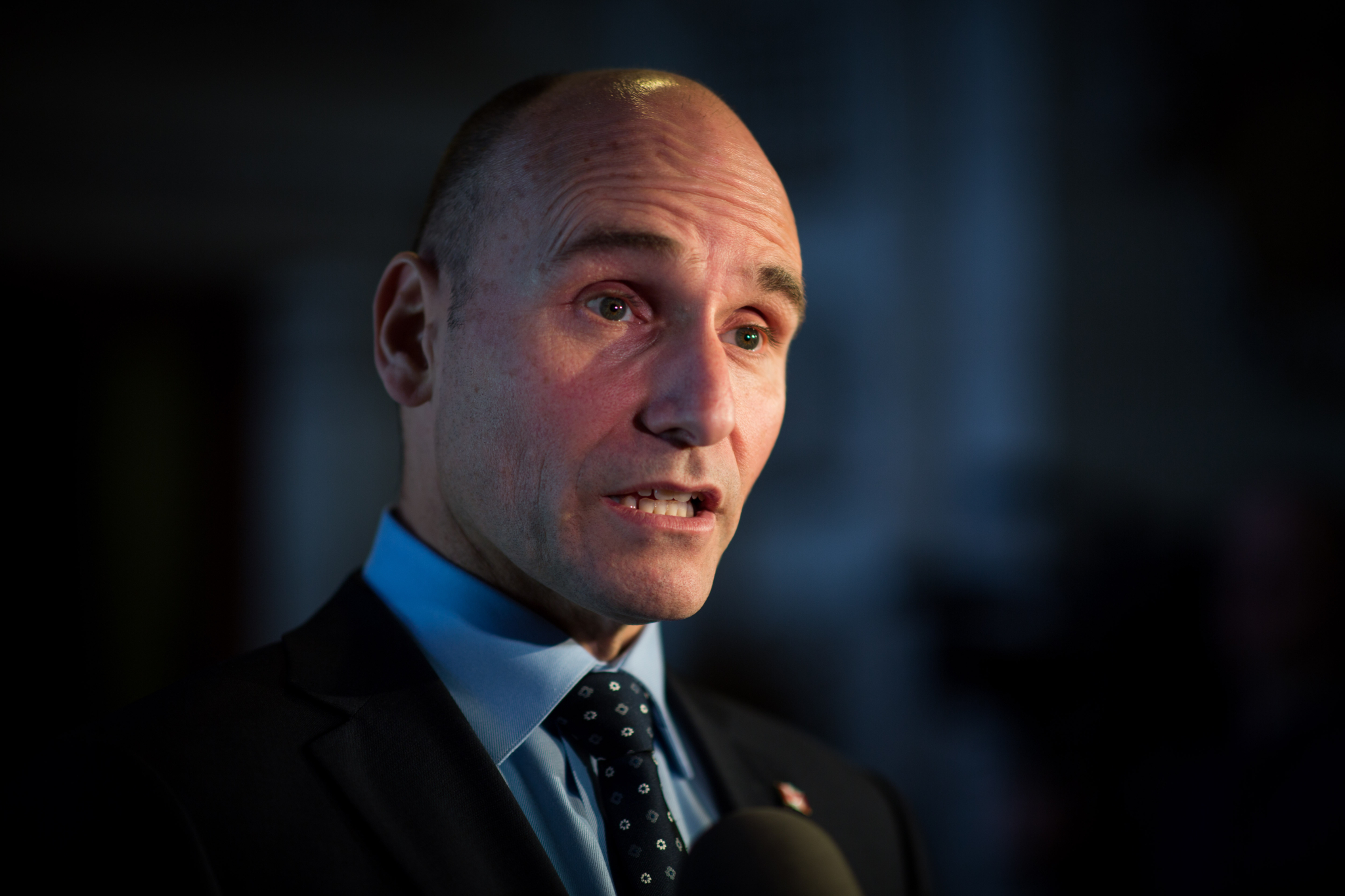 The report titled “Every Child Counts” says eligibility requirements for the Canada Child Benefit are discriminatory. The program provides tax-free monthly payments of $541 for children under six and $457 per child aged six to 17.

It estimates that as many as 3,000 families are ineligible because they await refugee status or have had temporary resident status in Canada for fewer than 18 months. Among them are parents who are working and paying taxes.

Despite the federal government’s poverty reduction efforts, many families stay suspended in poverty while they wait for the residency status required by the Canada Revenue Agency, the report says.

We have a new joint report out today on how the Canada Child Benefit discriminates against certain children in Canada due to their parents’ immigration status - check it out and take action to ensure no child lives in #poverty https://t.co/QLtZwzr18z #ReducePoverty #cdnpoli

The benefit is a “powerful tool” to help improve conditions for families with low incomes, explains the report, which calls on the government to reform the tax code to extend eligibility to people in Canada with precarious immigration status. Many of them have jobs and valid work permits while awaiting permanent status.

“There are a lot of people in Canada who have no status but who are in the process of trying to regularize their status, who are continuing to pay into the tax system,” said Shalini Konanur, the executive director at the South Asian Legal Clinic Ontario (SALCO).

The report was prepared by members of a coalition of legal clinics and advocacy groups, including SALCO, the Income Security Advocacy Centre, Campaign 2000, and the Chinese and Southeast Asian Legal Clinic (CSALC).

Avvy Go says it doesn’t make sense to deny assistance on the basis of immigration status of parents.

“What I was hopeful about with the current federal government was the focus on poverty reduction and the strategy to really start tackling child poverty and it just doesn’t align with the idea that we would leave out probably one of the most vulnerable populations in terms of income from eligibility for the benefit,” Konanur told National Observer.

Avvy Go, clinic director at CSALC, said it doesn’t make sense to deny assistance on the basis of immigration status of parents.

“We're not talking about people who just come as a tourist because tourists are not eligible for CCB (Canada Child Benefit),” she said. “These are individuals who live in Canada, work in Canada, pay into the Canada income tax. So they are doing what they’re supposed to do as residents of our country and they need assistance. And their children need assistance.”

Prime Minister Justin Trudeau has called the tax benefit “an important driver of economic growth,” says the report, one that “has an important role to play in reducing child poverty in Canada.”

Asked for comment, a spokesperson in the office of the Minister of Families, Children and Social Development Jean-Yves Duclos declined to say if the government would consider extending the eligibility parameters, but touted other services provided to low-income and newcomer families.

“Since we introduced the Canada Child Benefit in 2016, more than half a million people—including 300,000 children—are being lifted out of poverty,” the minister’s press secretary, Valérie Glazer, said in an email to National Observer.

“We’ve also invested tens of billions of dollars in early learning and child care and Canada’s first-ever National Housing Strategy, because we believe that every child deserves to have accessible, quality child care and safe, affordable housing.

“The vast majority of families with children in Canada are eligible for the Canada Child Benefit. CCB eligibility lies with the legal status of the parent(s) in Canada.

“Our Government is committed to helping all newcomers integrate and succeed in Canada. We are investing more than ever into services that provide newcomers with language training, employment assistance, programs for children and youth, pre-arrival orientation sessions, and other integration support.”

Poverty among non-permanent residents is almost three times higher than that of the general population, notes the report. And women are disproportionately affected by limited access.

Mothers experiencing violent domestic abuse may stay in dangerous situations longer than they’d choose if they don’t have the financial security to leave. Social benefits like the CCB can help mothers provide healthy food, education, and safe housing for their children.

Go cites constitutional grounds when she challenges the exclusion of some of her clients from the benefit at the Tax Court of Canada.

“I have yet to encounter a (Canada Child Benefit) case involving a male applicant,” Go said. “They’re all women.”

She asserts that the eligibility requirements violate the guarantees against gender or race discrimination under the Charter of Rights and Freedoms.

Canada ratified the United Nations Convention on the Rights of the Child, which “commits Canada to protecting children from discrimination on the basis of the status of their parents.”

So far, says the report, Canada is falling short.

And given a threat of social support cuts by the new Conservative government in Ontario, Konanur says a more robust federal program is in order.

“The problem with the Ontario picture is that we don’t have a very clear idea yet of what the government is intending to do in terms of these programs – social assistance – but we do know that the overall language has been about cost savings,” she said.

Some of Premier Doug Ford’s recent actions, such as suspending the Basic Income Pilot Program, suggest that there may be further cuts.

“I think the ability of people who don’t have permanent residence status, so all of those people in Ontario with precarious immigration status, are going to have even more significant eligibility issues,” she said.

The co-authors noted persistent myths about people who have not yet gained permanent status. Some people describe them as a “drain” while they’re “actually people who are very much contributing, but are for legislative reasons found ineligible,” said Konanur. “So there's sort of a misunderstanding.”

“I think to counter that, we really have to think about that as a society – the critical importance of supporting children who are living in low-income and poverty who are in Canada, the idea that we can lift all those children, and the idea that their status is not the critical piece.”

Trudeau government doubles down on promises to middle class

At the very least if you pay

At the very least if you pay taxes you should be eligible for government programs - that's why we can justify paying taxes. Refusing support programs to taxpayers is essentially fraud and an abdication of governmental responsibility. Why else do we tolerate these floundering politicians who seem to have no moral compass?