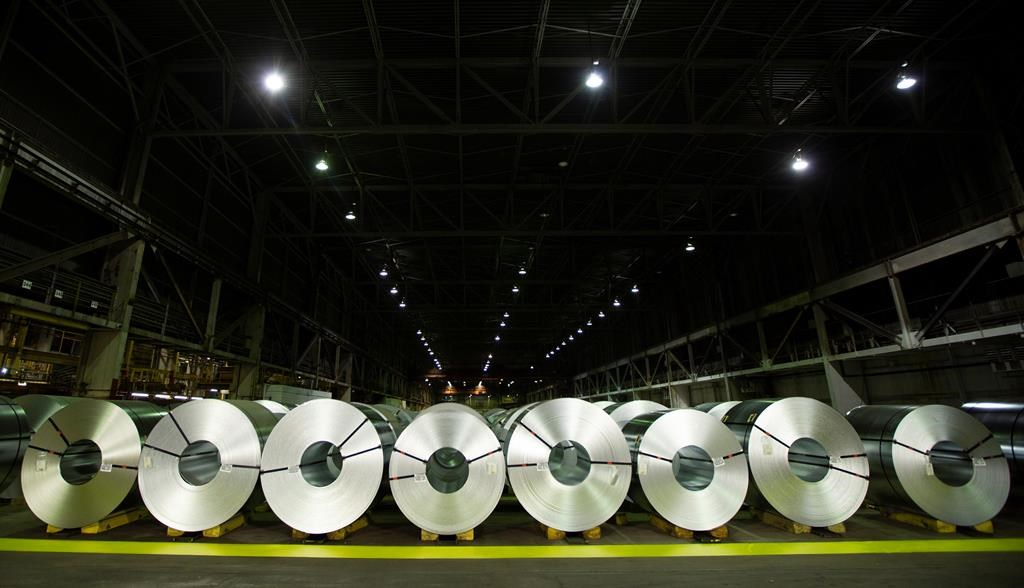 Rolls of coiled coated steel are shown at Stelco in Hamilton on June 29, 2018. File photo by The Canadian Press/Peter Power
Previous story
Next story

Speaking at a summit on the steel industry in Hamilton, Ont., Bains said the government is looking at the data and feedback it received from recent consultations on how to protect the industry from the risk of cheap steel imports.

"The Department of Finance, my colleague Bill Morneau, is working swiftly to assess what they heard in the consultations to determine how best to protect the Canadian market against foreign steel dumping," he said.

"The government is well aware that more than ever, Canada is likely a landing ground for cheap, subsidized steel from foreign producers."

Canada is at a heightened risk of dumping after the U.S. imposed tariffs on steel and aluminum imports earlier this year, leading exporters to seek out other potential markets.

The U.S. also later went ahead with tariffs on Canadian steel and aluminum imports under national security grounds.

Bains said the federal government has responded to the tariffs with $16.6 billion in counter tariffs in July as well as a $2 billion financial aid package for affected industries.

"To date, we have received over a billion dollars of submissions that aim to improve cost and environmental efficiency of production, as well as improve product offerings where we see a demand today and into the future."

Canada continues to push back on metal tariffs as negotiations on NAFTA continue in Washington.

Bains said the two issues are being negotiated separate but that Canada is pushing for progress on both fronts.