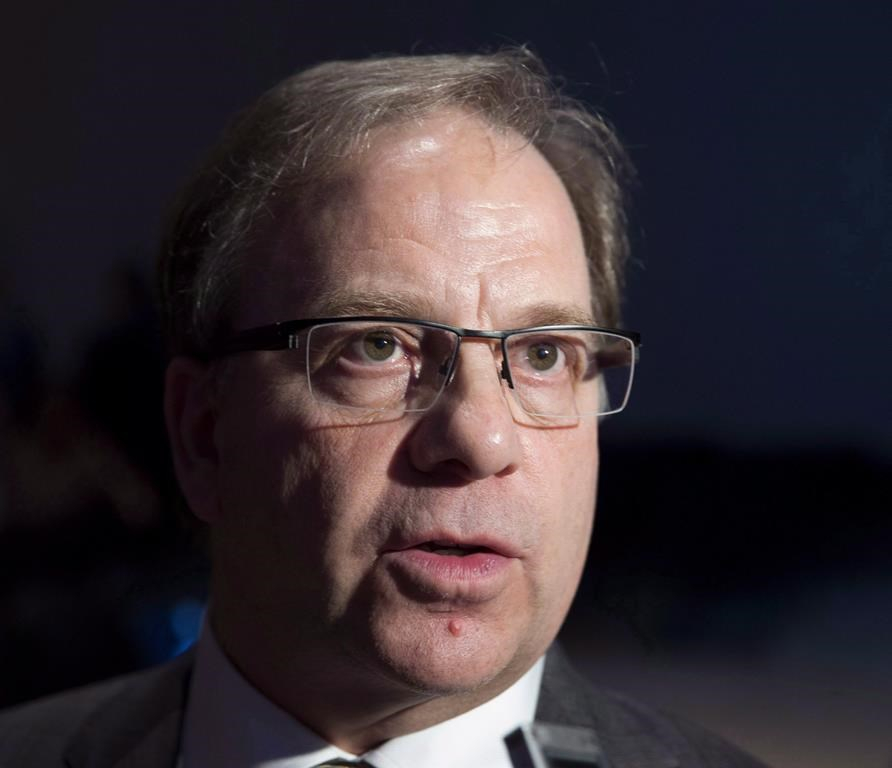 "If you get one plant through, there will be a second and third plant that will follow much easier, and that makes a difference," he said after participating in a panel discussion at the Global Business Forum in Banff, Alta.

"I think it gives confidence to the other proponents; they can see they can get through the process."

Published reports have suggested LNG Canada, an estimated $40-billion gas liquefaction plant and pipeline that was delayed in 2016, could be officially sanctioned as early as next week. Unconfirmed reports also suggest the federal government has agreed to waive import tariffs on steel plant modules built overseas that were estimated to add $1 billion to the cost.

But Susannah Pierce, director of external relations for the Kitimat, B.C., sited project, wouldn't say Friday after taking part in the panel discussion whether those reports are true.

She repeated the official line that the partners — Royal Dutch Shell, Mitsubishi Corp., Malaysia’s Petronas, PetroChina Co. and Korea Gas Corp. — will make a decision before the end of this year.

"I think we've presented to the joint venture participants what we consider to be a very compelling case but they're going to be the ultimate arbiter on this project based on any other place they could choose to invest," she said.

PetroChina and Korea Gas have approved paying their share of the project's cost, according to a published report from Bloomberg Friday citing documents filed by PetroChina on the Hong Kong stock exchange and an announcement in Seoul by Korea Gas.

He said the company will invest only to maintain its production levels until new markets and market access lead to higher prices.

The first phase of the two-phase LNG facility is expected to take five to seven years to build once it has been approved, Pierce said. It is expected to allow the export of 1.8 billion cubic feet of natural gas per day.

Western Canada will have no trouble supplying gas to the LNG industry when it's needed, said panel participant Mike Rose, CEO of gas producer Tourmaline Oil Corp. of Calgary.

"This is an area that will last for decades and our efficiencies will continue to improve," he said.

"For Canadian resource development for LNG, the infrastructure is all in place. We built all the gas plants, all the in-field laterals for both the Deep Basin and the Montney and, really, now it's just connecting to the coast via the large pipelines. Hopefully a lot of them get built."

Here's hoping the ramp up of

Here's hoping the ramp up of solar, wind and other renewable energies will keep prices too low for this fracked fossil fuel to ever have a market in Asia.