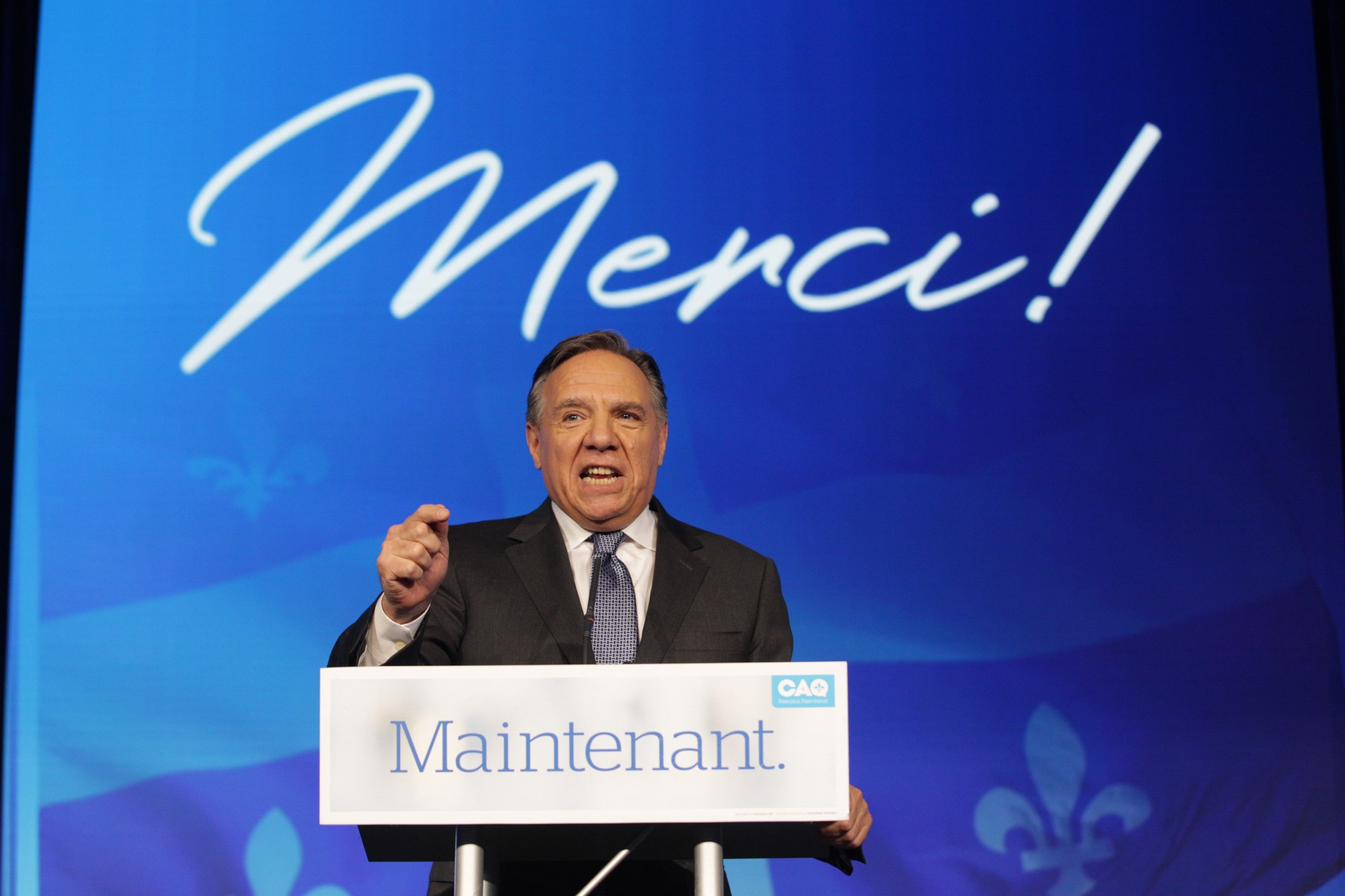 Quebec premier-designate François Legault says he is prepared to invoke the notwithstanding clause to ensure public officials in positions of authority do not wear religious symbols.

The outgoing Liberal government's law prohibiting public-sector workers from wearing face-covering garments already faces a legal challenge. Legault said Monday that his proposed ban on religious symbols for teachers, judges and police officers is important enough to override protections in the Charter of Rights and Freedoms.

He said the "vast majority" of Quebecers agree with his planned policy.

Legault also told a news conference in Quebec City he will be speaking today with Foreign Affairs Minister Chrystia Freeland about the new United States-Mexico-Canada Agreement.

A discussion with the federal government about the new trade pact and its impact on local farmers is high on Legault's to-do list.

Legault says he has not been briefed about the deal but is not ruling out any options in response. The deal has been denounced by Quebec dairy farmers.

His Coalition Avenir Québec romped to victory on Monday night, sweeping the Liberals from office while securing a strong majority government, winning 74 of the province's 125 ridings.

Legault vowed to govern for all Quebecers and moved to reassure the rest of the country that he intends to build a stronger Quebec within Canada.

The Coalition's victory marks the first time a party other than the Liberals or the Parti Quebecois will govern the province in nearly half a century.