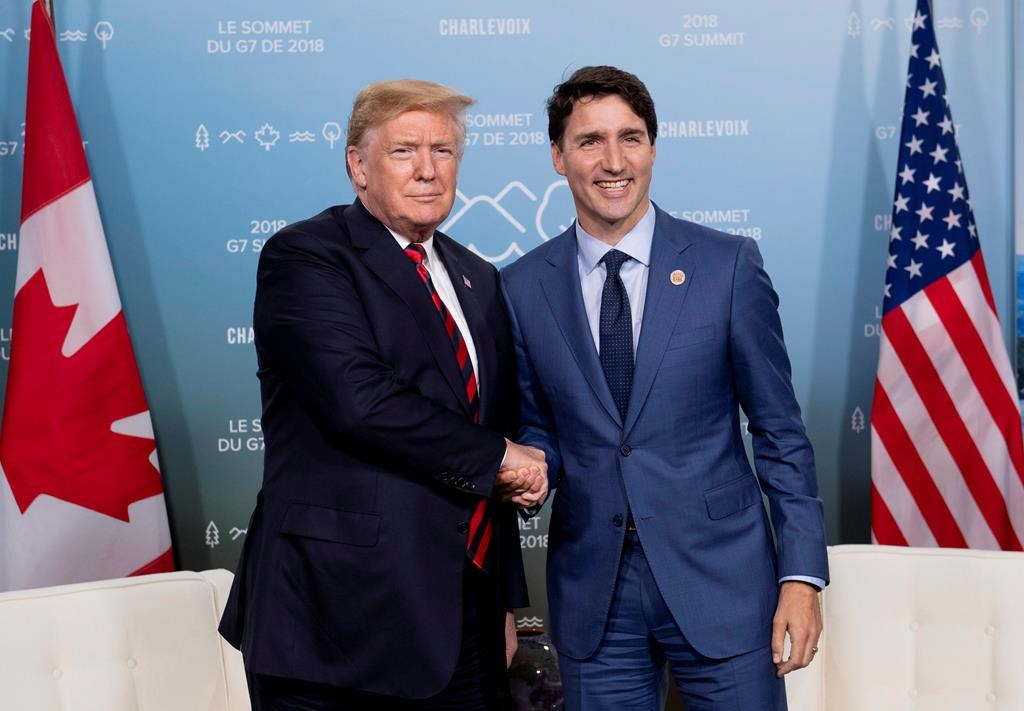 This article was originally published by Mother Jones on Oct. 1, 2018. It was republished as part of climatedesk, a journalistic collaboration dedicated to exploring the impact — human, environmental, economic and political — of a changing climate.

Predictions of climate change’s devastating impact—coastal flooding, demonstrable sea level rise, and more extreme weather events, to name a few—are so ubiquitous it becomes nearly impossible to fully understand their potentially catastrophic implications. But an acknowledgement last week that global temperatures may rise by a shocking seven degrees by 2100 was startling for many reasons, especially because the Trump administration was the source of the estimate.

The surprising forecast was buried deep within a 500-page draft impact analysis produced by the National Highway Traffic Safety Administration (NHTSA) to justify President Donald Trump’s decision to roll back Obama-era fuel efficiency standards. By using a scenario in which the government never adjusted the original fuel efficiency benchmarks set by Congress in 1975, the NHTSA acknowledged that global temperatures would rise on average by 6.271 degrees Fahrenheit.

The estimate, which was first reported last week by the Washington Post, was not included to justify the importance of combating climate change, the newspaper reported. “Just the opposite: The analysis assumes the planet’s fate is already sealed.”

Environmental advocacy groups reacted sharply to the report. “Giving up and embracing the apocalypse isn’t leadership,” Michael Brune, executive director of the Sierra Club, said in a statement in response to the Post story. “It is an abdication of duty and a threat to the future of our country.”

Since taking office, the Trump administration has downplayed the role humans play in contributing to warming temperatures and shown reluctance to link extreme weather events, like wildfires, to climate change. After intense lobbying by the fossil fuel industry and other opponents of environmental regulations, Trump officials rescinded several Obama-era regulations intended to combat the impact of global warming; Trump, who has repeatedly called global warming a “hoax,” withdrew the United States from the Paris climate agreement. Even as government scientists have continued to attribute climate change to human activity, White House officials privately discussed in a memo leaked earlier this year whether to simply “ignore” these conclusions.

And yet, some of the most revealing information concerning the consequences of Trump administration policies have come from the government’s own environmental impact statements. In August, the Environmental Protection Agency unveiled a series of regulations to replace Obama’s Clean Power Plan, which the agency described as “overly prescriptive and burdensome” in a press release. But even as the administration noted how Trump’s plan would offer savings for operators of nuclear power plants and grant more regulatory autonomy to states, the agency’s impact analysis concluded it would also lead to thousands of more deaths over decades.

Overall, the administration’s argument appears to be that the effects of climate change are not preventable, so any burdensome regulations simply hurt businesses while delaying the inevitable. Heritage Foundation research fellow Nick Loris told the Post that Obama’s climate policies were “mostly symbolic.” In fact, he continued, “Frivolous is a good way to describe it.”

Embracing the apocalypse may

Embracing the apocalypse may or may not be leadership, but then neither is leadership that embraces ignorance of science – whether real or wilful.

To illustrate, on Thursday PM Trudeau arrived in Windsor for a $1,000-a-ticket Liberal Party fundraiser. He didn’t miss the opportunity to share with the 150 adoring, $1,000-a-ticket attendees, his oft-repeated claim that “protecting the environment and growing the economy must go together”.

The climate crisis is driven by the laws of physics, not the guesswork of economists, and Trudeau’s economics-based claim about the environment and economy going together is dead wrong. And application of this misguided policy is doing real harm. Canadians deserve better.

Moreover, embracing the apocalypse may or may not be leadership -- depending on who’s doing the embracing. For example, when atmospheric physicist Dr. Tim Garrett of the University of Utah warns that efforts to address the climate crisis are futile, misguided politicians like Trudeau and his economic advisers probably aren’t listening. To repeat such science-based evidence would be suicidal in next year’s election when the Grits and Cons will be promoting more pipelines and more growth.

But people who prefer to be responsibly informed should be listening so they can consider the implications of Garrett’s findings for their own lives.

Applying the laws of thermodynamics to economics, Garrett makes a decisive case that humanity is facing an inevitable global civilization / economic collapse by the end of this century.

His research indicates that we're trapped in a double-bind between a collapsing global economy, trending long-term towards zero GDP, and an explosive growth in CO2 emissions trending to levels of 1200 parts per million. To dramatize the implications, Garrett facetiously says our only hope for salvation would be to build the equivalent of one nuclear plant per day to keep up with our global economic growth, which is currently doubling every 30 years. Even a transition to 100% renewables worldwide would not save us because it’s civilization’s voracious consumption of energy and resources that’s killing us and it will continue. There's no escape.

Garrett published his initial findings back in 2008 in a 19-page paper titled: "Are there basic physical restraints on future anthropogenic emissions of carbon dioxide?"

In a 2106 radio interview, Garrett made this remark about how future prospects might change: “if there were certain adjustments that might be made … I would prefer to see the focus not on the politics, rather on the science.”

So how come no news and information outlets, and no politicians that I know of, mention Garrett and his research? I suspect we all know the answer to that question, but are afraid to speak it publicly.

To read more by/about Garrett and his research, you might consider visiting my website link: https://tinyurl.com/ya5qj9pd . The title of this page is: "Civilization/Economic Collapse ~ Links to All Posts By or About Dr. Tim Garrett’s Research"

Correction to typo in my

Correction to typo in my earlier comment -- year of Garrett's radio interview was 2016 not 2106.