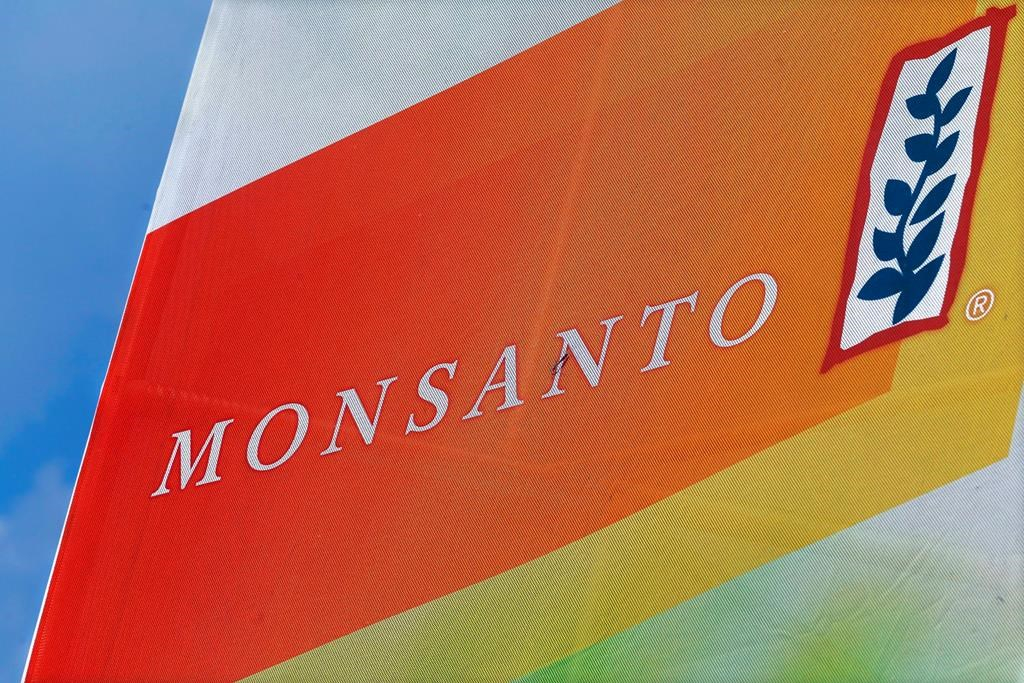 This Aug. 31, 2015 file photo shows the Monsanto logo on display at the Farm Progress Show in Decatur, Ill. File photo by The Associated Press/Seth Perlman
Previous story
Next story

A San Francisco judge said in a tentative ruling Wednesday that she would order a new trial in a $289 million judgment against agribusiness giant Monsanto brought by a school groundskeeper who says Roundup weed-killer caused his cancer.

Bolanos' tentative order applied to the $250 million award; attorneys were arguing in court over whether the $39 million in compensatory damages should stand.

Bolanos wrote plaintiff DeWayne Johnson failed to produce "clear and convincing evidence of malice or oppression" by Monsanto. She wrote that he did not provide any evidence that Monsanto employees believed that exposure to the product caused his lymphoma.

Monsanto had argued ahead of the hearing that Johnson failed to prove that Roundup or similar herbicides caused his lymphoma, and presented no evidence that Monsanto executives were malicious in marketing it.

Regulators around the world have concluded on "multiple occasions" that the active ingredient in Roundup — glyphosate — is not a human carcinogen, the attorneys said in court documents. They called the jury verdict "extraordinary" and said it requires "exceptional scrutiny."

Johnson's attorneys responded in court documents that the jury was well-educated and attentive. The evidence at trial was "more than sufficient to support an inference" that Johnson's cancer was caused by his exposure to Monsanto's herbicides, the attorneys said.

"Mr. Johnson's story is tragic and could have been prevented if Monsanto actually showed a modicum of care about human safety," they said.

Johnson's lawsuit is among hundreds alleging Roundup caused cancer, but it was the first one to go to trial. The jury in August determined that Roundup contributed to Johnson's cancer, and Monsanto should have provided a label warning of a potential health hazard.

Johnson sprayed Roundup and a similar product, Ranger Pro, at his job as a pest control manager at a San Francisco Bay Area school district, according to his attorneys. He was diagnosed with non-Hodgkin's lymphoma in 2014 at age 42.

Many government regulators have rejected a link between glyphosate and cancer. Monsanto has vehemently denied such a connection, saying hundreds of studies have established that glyphosate is safe.