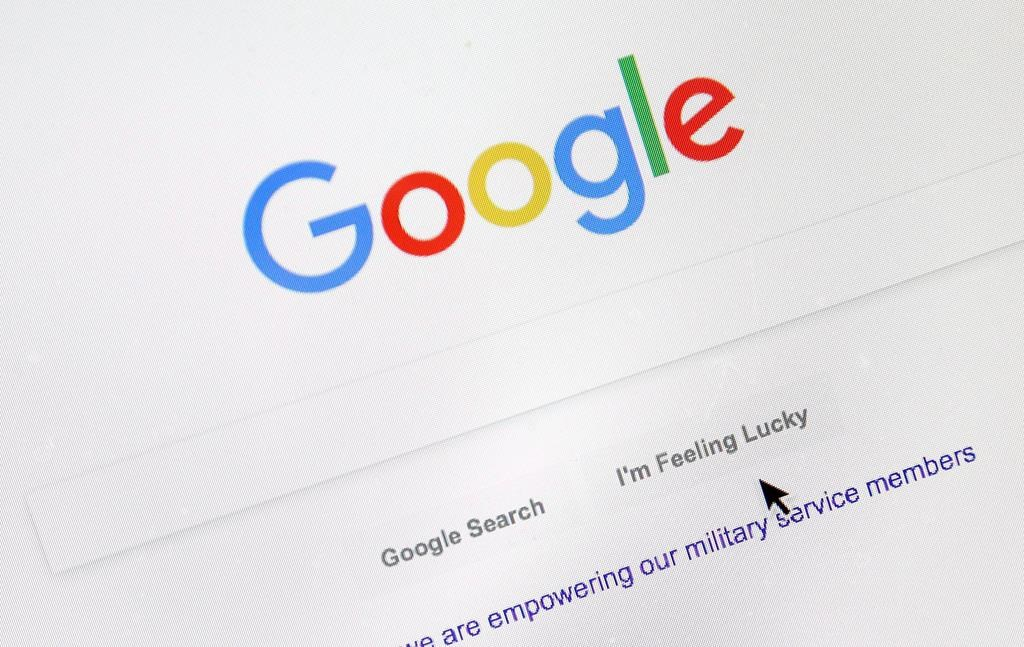 A man who says a Google search reveals outdated and highly personal information about him will be the test case that helps a judge decide whether the search engine must remove the links from its results.

Privacy commissioner Daniel Therrien is asking the Federal Court of Canada to clarify if Google's ever-popular search tool is covered by the law governing how companies handle personal information.

The outcome is expected to break new ground in the Canadian debate about whether people have a "right to be forgotten."

In the commissioner's notice filed Wednesday with the court, the unnamed complainant alleges Google is breaching Canada's privacy law by prominently displaying links about him when his name is searched.

He says the articles are outdated, inaccurate and disclose sensitive information about his sexual orientation and a serious medical condition, causing him direct harm.

The man asked Google to remove the articles in question from the results for searches of his name, but Google declined, suggesting instead that he contact the publishers of the news items, the commissioner's submission says.

Therrien argues the federal law covering private-sector use of personal information includes a right to de-indexing, which entails removing links from search results without deleting the content itself.

This means allowing individuals to challenge the accuracy, completeness and currency of results returned for searches on their name, the commissioner says.

Such challenges should be evaluated on a case-by-case basis, and decisions to remove links should take into account the right to freedom of expression and the public's interest in the information remaining accessible, he adds.

Google contends the Personal Information Protection and Electronic Documents Act doesn't apply to its search engine and that requiring the company to de-index web pages would be unconstitutional.

Google argues the act does not apply in this case because the operation of its search engine is not a "commercial activity" under the law's provisions, the court filing says.

In any event, Google adds, the search engine service is exempt under another provision of the law because it is a journalistic or literary operation, particularly when providing internet users access to news media content and providing news media with access to readers.

Finally, the U.S.-based company says even if the privacy law applies to its search engine and requires de-indexing of search results, that would contravene free expression guarantees in the Canadian Charter of Rights and Freedoms.

In the court filing, Therrien's office says it has received "several other similar complaints" from people alleging Google is flouting the privacy law by continuing to display certain links, and the outcome of this case will therefore help resolve others.

The commissioner's investigations into complaints related to de-indexing requests will be on hold pending the results of the court reference.