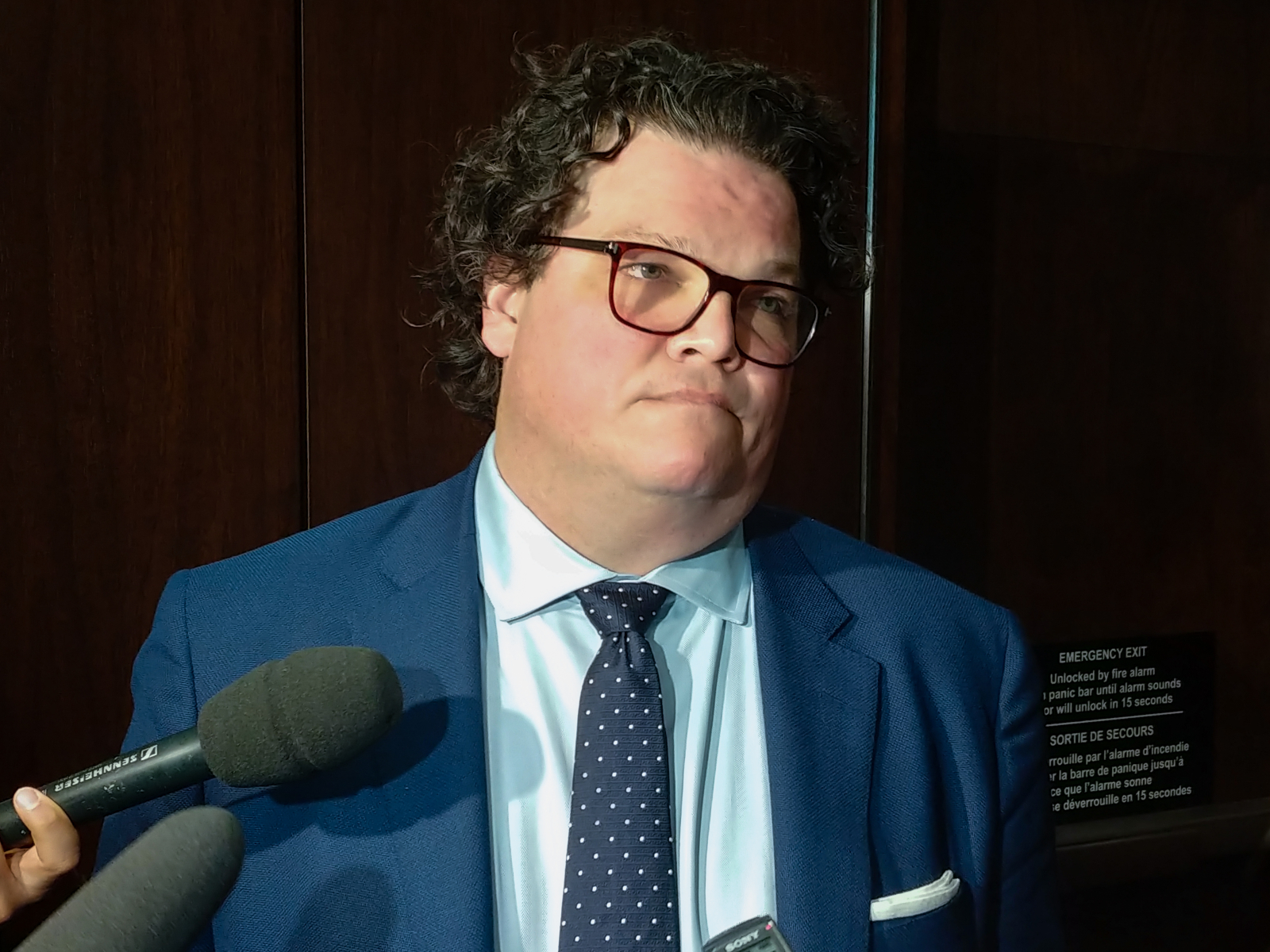 Colin McKay, head of public policy and government relations for Google Canada, faced a barrage of questions May 10, 2018 from the House of Commons ethics committee. Photo by Carl Meyer
Previous story
Next story

Google’s Canadian head of public policy defended the company’s handling of personal information on Thursday, as lawmakers continue to examine the fallout from the Facebook data scandal.

Colin McKay, head of public policy and government relations for Google Canada, faced a barrage of questions May 10 from MPs on the House of Commons ethics committee, which has been looking into the global controversy over misuse of personal social media information for political ends.

National Observer revealed last month that Facebook had suspended AggregateIQ from its platform.

McKay said Google had not seen activity in its systems like in Facebook’s case, where political campaigners exploited weaknesses on a third-party platform to gather information about users and their contacts who downloaded a personality quiz application.

“There’s a specific behaviour and investigation happening into Facebook’s activities, and what I made clear in the committee was that we haven’t seen similar activity in our systems,” McKay told reporters outside the committee room.

“We’ve been speaking to the committee about the transparency control we give to our users about their personal information.”

He pointed to a range of Google tools that he said aim to protect users’ data and allow them to make decisions on how private they’d like to be. These include My Account, which centralizes security and privacy controls, as well as Security Checkup and Privacy Checkup — prompts that make sure users aware of what they’re sharing — plus Takeout, its data exporting service, and Play Protect, its malware protection for Android phones.

"We don’t provide a service that allows advertisers to target individual consumers,” McKay told the committee. Later, he said "we make observations, things that you prefer.”

Committee members pointed out that Google obtains vast troves of information about its users, which can include — depending on products and settings used — their locations, search history, video history, bookmarks, emails, chat logs, music, phones used, health data like steps per day, files they store in cloud storage, and more.

That collection of data has led to privacy concerns, especially as a division of Google’s parent company moves to set up a data-driven neighbourhood called Quayside on Toronto’s waterfront that would deploy an extensive array of sensors to optimize things like traffic flow and energy use.

The company has also faced allegations it promotes divisive or false content to users. A Wall Street Journal investigation found that automated recommendations on YouTube, a Google subsidiary with over 1.5 billion users, linked users to videos featuring conspiracy theories and misleading information, even if they hadn't demonstrated interest in this kind of content.

In March, the technology company said it would spend $392 million over three years on an initiative to educate readers on misleading reports, prioritize "quality" news publishers and make it easier to subscribe to publications.

Jim Balsillie, chair of the Council of Canadian Innovators, a group of Canadian technology CEOs, testified at the committee alongside McKay. He called for a Canadian version of the European Union's General Data Protection Regulation.

“If Canada doesn’t create adequate data residency laws...then our data is subject to foreign laws, making Canada a client state,” said Balsillie, who is also the former head of Research in Motion. He warned of the "harvesting, identification, commodification, and then use of data flows" by large multinational companies.

"European policymakers recognize that whoever controls the data, controls who and what interacts with that data,” he said, and Canadians should be “formally empowered.”

McKay responded that Balsillie had “some very constructive recommendations.” But he argued a data strategy for Canada “does not need to be as restrictive or prescriptive as Mr. Balsillie has suggested.”

He said lawmakers should not “box Canada in” or limit Canadians compared to what was available elsewhere in the world, calling for "consistency and predictability" in any regulatory framework that is set up.

McKay's committee appearance came on the heels of a report in Global News that Google’s Street View cars had driven into a restricted area near the headquarters of Canada’s spy service, CSIS, and the company was hosting pictures of employees and their cars. Global reports that after it asked about the pictures, they were taken down.

“Google Street View cars travel on public roads, and they take images of buildings, and trees, and facilities that you can see from the road,” McKay said after the committee meeting. “When there are instances when the government raises with us a security concern, we speak with the government and then we take action to assuage those concerns.”