Federal debate planning to be taken 'out of back rooms,' Liberal minister promises 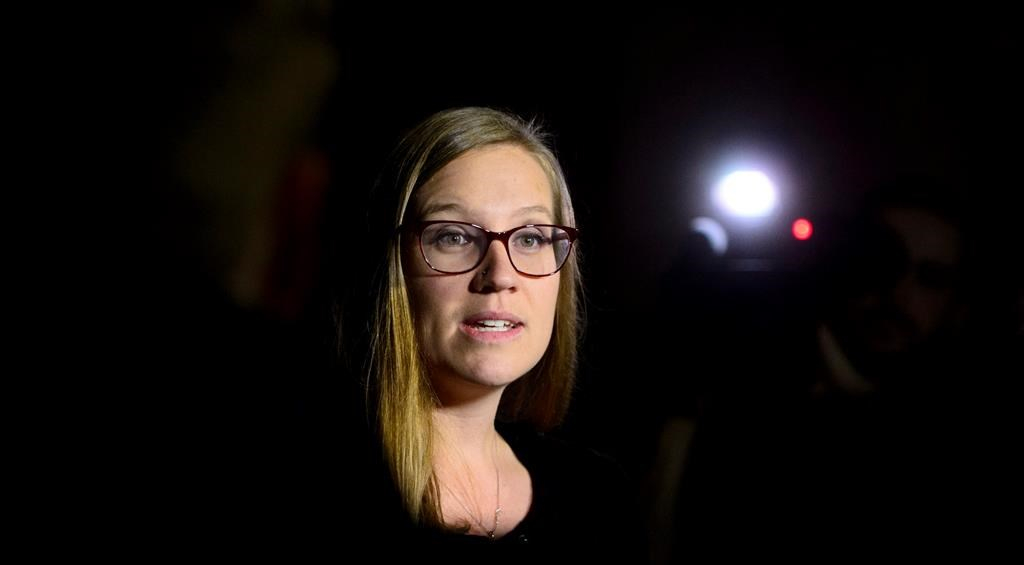 Karina Gould, Minister of Democratic Institutions, holds a press conference in the foyer of the House of Commons on Parliament Hill in Ottawa on Tuesday, Oct. 30, 2018. Photo by The Canadian Press/Sean Kilpatrick
Previous story
Next story

An independent commission will organize federal leaders' debates for the next election to take the planning out of back rooms where political parties try to design the debates for their own advantage, Democratic Institutions Minister Karina Gould announced Tuesday.

The plan went over like a lead balloon with the Official Opposition, who say the plan is evidence of election rigging.

The commission will organize two leaders' debates for the 2019 election — one in each official language — and will ensure discussions are accessible to all Canadians on various communication platforms, Gould said outside the House of Commons.

"What this whole thing is about is ensuring that this is done in a public, transparent way and to ensure that the public interest is at the centre, and not partisan interest," Gould said.

The government has nominated former governor general David Johnston to lead the commission, she added. He is planning to appear before a Commons committee to speak with MPs about the work.

"I hope they (MPs) engage in good faith and have a productive conversation with him because I think as most Canadians will agree, he is absolutely an impartial, independent individual who has the best interest of Canadians at heart," she said.

However, Conservative democratic institutions critic Stephanie Kusie said that Prime Minister Justin Trudeau is trying to control the debate process and ensure it is set up in the "best way possible to support the government."

She pointed to the number of debates, just two, and format as evidence to support this case.

"Essentially what this is doing, this is silencing Canadians," she said.

The commission will have to report to Parliament following the 2019 debates with recommendations for a permanent commission, Gould said Tuesday. In the United States, debates among presidential candidates are organized by a commission with members from both the Republican and Democratic parties.

NDP democratic reform critic Nathan Cullen also had questions, noting a House of Commons committee recommended the commissioner be selected by all registered parties and the Liberals didn't do that.

He also raised questions about the $5.5-million budget, noting he would like to see a breakdown. Debates just aren't that expensive, he said.

Until that election, Canadian voters had traditionally had at least two opportunities during the campaign to assess party leaders in televised debates — one in French, one in English — organized by a consortium of broadcasters.

The formats of the debates and which leaders would be invited was negotiated among the consortium members and the parties and each would try to advance its own interests.

Debate over the debates grew in 2015 when the Conservatives announced that Stephen Harper, prime minister at the time, would not participate in consortium-organized debates.

A number of other debates organized by a variety of media outlets were held instead, but they reached much smaller audiences. Different rules set by different organizers meant Green Party Leader Elizabeth May was in two televised debates but excluded from three others.

May said Tuesday that the Liberals have made it clear her party will indeed be included in the 2019 debate and called Johnston an "inspired choice" and one Canadians can trust to be "above the political fray."

Gould said leaders of political parties that meet two of the following three criteria will be included:

—have a MP at the time the election is called

Also on Tuesday, the House of Commons passed Bill C-76, legislation aimed at making it easier for Canadians to vote and harder for foreign entities to interfere in federal elections.

The omnibus bill would reverse a number of changes wrought by the previous Conservative government's widely denounced Fair Elections Act, including restoring the use of voter information cards as a valid form of identification at polling places and the use of vouching for those without ID.

It would also limit spending by political parties and advocacy groups during the three-month period before an election is officially called and ban third parties from ever using foreign funds for political campaigns.

The bill also includes an attempt to keep social media being abused by bad actors – foreign or domestic – to manipulate the results of an election, exacerbate societal divisions, amplify hate messages or instill distrust in the electoral system. It would require online platforms, such as Facebook and Google, to create a registry of all digital advertisements placed by political parties or third parties during the pre-writ and writ periods and to ensure they remain visible to the public for two years.

Defecting MP not a sign of wider unrest in Liberal ranks, politicians say