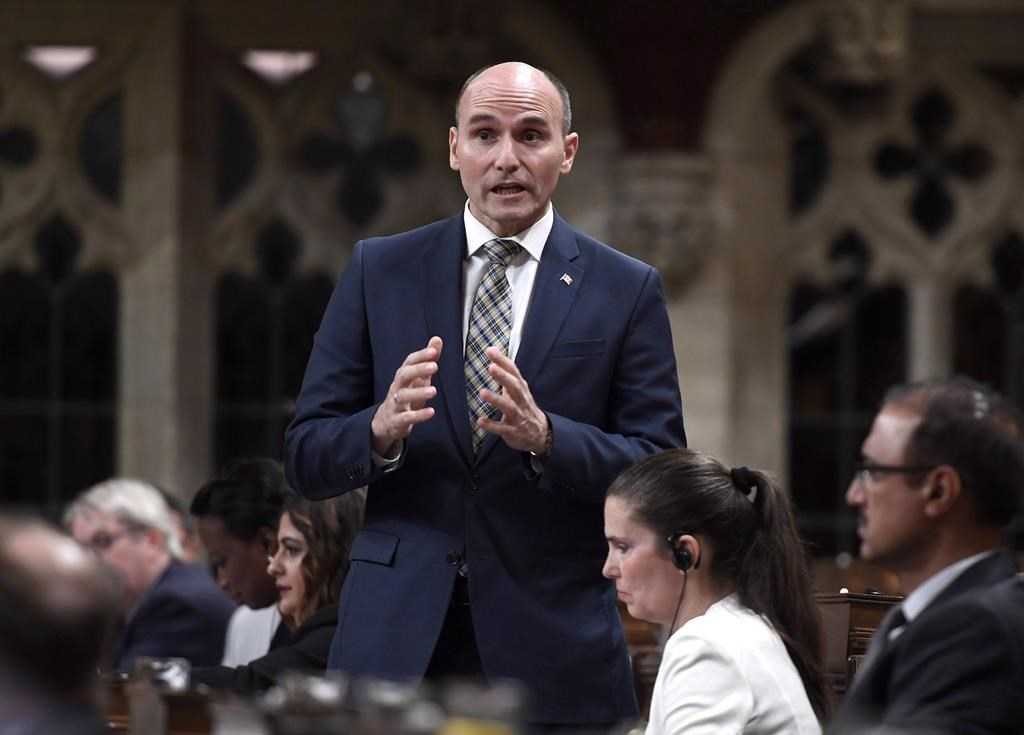 Minister of Families, Children and Social Development Jean-Yves Duclos rises during Question Period in the House of Commons on Parliament Hill in Ottawa on Friday, May 25, 2018. File photo by The Canadian Press/Justin Tang
Previous story
Next story

Cities looking for more federal cash and a more regular flow of money to tackle poverty are being told that they will be able to tap into $1.25 billion over the next nine years through the Liberal government's cornerstone homelessness strategy.

The Liberals agreed to overhaul the program after hearing complaints from cities about cumbersome reporting requirements, inadequate funding and unrealistic expectations about how quickly the money should be spent. Anti-poverty advocates have waited since the summer to find out how funding will move.

The revamped homelessness strategy, dubbed "Reaching Home," will come into force early next year, which is when cities will be able to apply for new funding.

Municipal governments administer most of Canada's housing programs but construction and rent subsidies are expensive so the cities rely on provincial and federal governments to support them. This money should help up to six large cities qualify for annual federal funding, joining 61 cities already considered "designated communities" with access to yearly contributions from the federal government.

Territories are also being promised $43 million over the nine-year period.

There will also be new spending targeting Indigenous people — a group over-represented in shelters compared to their percentage of the general population — but how much will be spent remains unclear. The Liberals say they are working with national Indigenous groups on how to allocate that new spending.

Details of the Reaching Home plan are being laid out as the Liberals prepare to introduce legislation to put into law a strategy to lift more than two million people out of poverty. The government notified MPs before the weekend that it planned to bring in the anti-poverty legislation this week.

The law will set an official poverty line for the country for the first time, create a council on poverty to advise the minister in charge of the plan, and require annual reports to Parliament on the government's progress to reduce poverty rates.