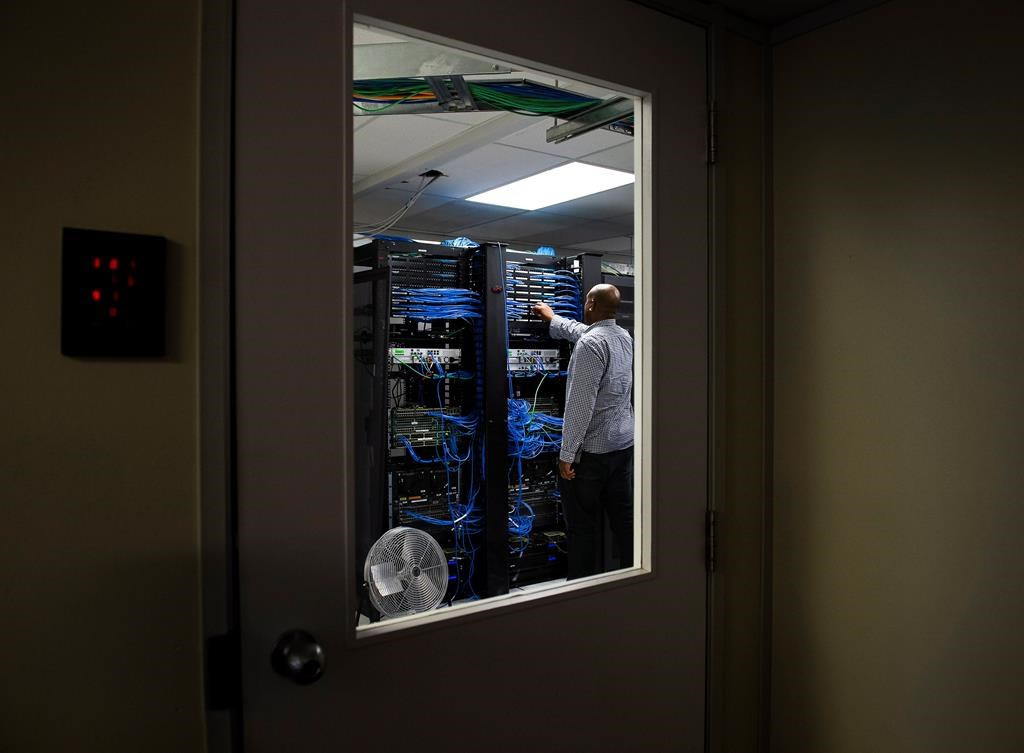 Networking cables and circuit boards are shown in Toronto on Wednesday, November 8, 2017. File photo by The Canadian Press/Nathan Denette
Previous story
Next story

Canada's top two elections officials say a bill to modernize election laws will make it difficult to stop computer hackers from sowing chaos that confuses voters, deterring them from casting ballots and undermining confidence in the electoral system.

Bill C-76, omnibus legislation to reform election laws, creates a new offence of computer interference in response to attempts by hackers in other countries to undermine the electoral process.

While he supports the additional offence, chief electoral officer Stephane Perrault says the bill requires proof that the offender intended to affect the result of the election.

He says that qualifier will "greatly restrict the application of the new offence," letting off the hook hackers who simply sow confusion.

The two watchdogs registered their concern during testimony on the bill before the Senate, which is beginning its examination of the legislation.

"Recent history suggests that interference may be designed with the intent to sow distrust and confusion, potentially undermining voters' confidence in the process or willingness to vote — not necessarily to affect the result of the election," Perrault told the upper house Tuesday.

He suggested that the offence should be simplified to apply to any attempt to interfere with a computer system used in relation to an election, without any qualifiers.

Cote said he agrees with Perrault's concern and added another of his own: a provision that makes it an offence to make false statements about a candidate for the purpose of influencing the outcome of an election.

That would cover only specific types of false statements — for instance, about the citizenship or birth place of a candidate, Cote said. But it would exclude a whole range of other false statements about a candidate's character or beliefs, such as accusing someone of being a racist or homophobic — allegations that "can be among the most serious and the most injurious" and are currently prohibited under the Canada Elections Act.

"As these types of false statements appear to be resorted to more and more, as you very well know, in various electoral contests, this proposed amendment seems to me to be step in the wrong direction," Cote told the Senate.

Both Perrault and Cote also reiterated their belief that political parties, which have amassed huge data bases on voters, should be compelled to abide by privacy laws that apply to other private or public sector operations. As it stands, the bill only requires parties to develop and publicly post their privacy protection policies.

However, noting that the next federal election is less than a year away, they suggested it's likely best to wait until after the election to impose such a major change on political parties.

Despite their concerns about some deficiencies in the bill, both officials praised it overall as a significant improvement to the Canada Elections Act.