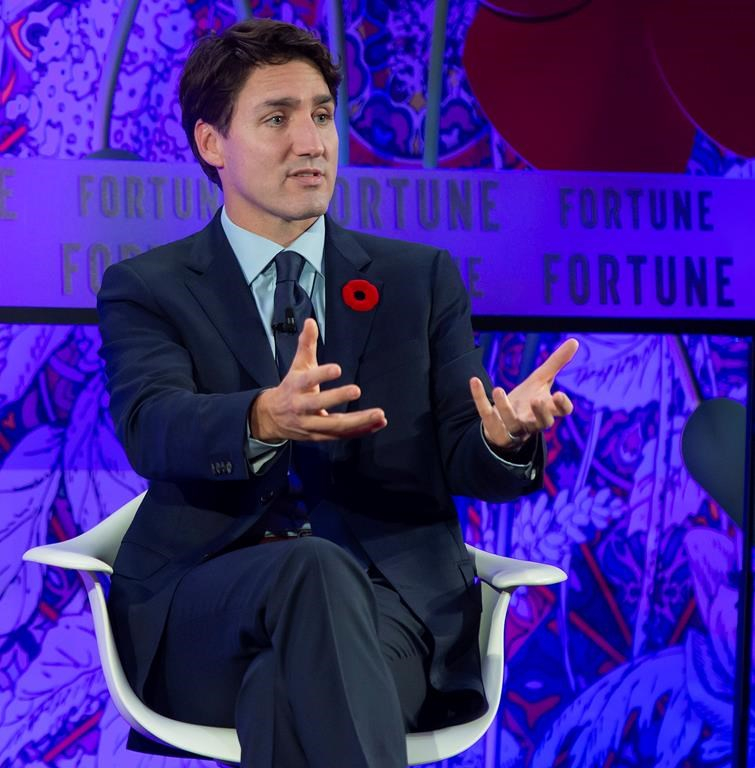 Canada might ratify its new North American trade deal with the United States and Mexico even if the U.S. doesn't drop its tariffs on Canadian steel and aluminum, Prime Minister Justin Trudeau says.

In an interview with CNN, portions of which are airing Tuesday as U.S. voters cast ballots in pivotal midterm elections, Trudeau said Canada still wants the tariffs lifted before the new version of NAFTA goes into effect.

"The tariffs on steel and aluminum are a continued frustration," Trudeau told interviewer Poppy Harlow, who sat down with the prime minister Monday at the Fortune Most Powerful Women conference in Montreal.

"We would much rather have genuine free trade with the United States so we're going to continue to work as soon as we can to lift those tariffs, but we're not at the point of saying that we wouldn't sign if it wasn't lifted, although we're trying to make that case."

Trump is using national security grounds to justify tariffs of 10 per cent on aluminum produced outside the U.S. and 25 per cent on steel, and has not lifted his threat to impose a similar 25-per-cent tariff on autos.

At one point, Harlow asked Trudeau whether he trusts President Donald Trump to honour the terms of the new U.S.-Mexico-Canada Agreement, citing what she described as advice from Trudeau's father — former prime minister Pierre Trudeau — to "trust people."

"What my father taught me was to trust Canadians," Trudeau responded. "It was a way of looking at the electorate as saying you don't have to dumb it down for them, you don't have to scare them into this or that — you can actually treat people like intelligent, rational actors and they will rise to the occasion."

That remark takes on a particular resonance as voters south of the border pack polling stations for midterm elections that are widely considered a referendum on Trump's first two years in office. Polls suggest a Democratic majority in the House of Representatives, with Republicans keeping control of the Senate.

Canada is watching the results closely, Trudeau said, but will work with whatever representatives Americans elect.

"I think this is an historical and very, very important midterm election, and I think there can be important ramifications with either scenario," Transport Minister Marc Garneau said in Ottawa Tuesday morning, on his way into a cabinet meeting on Parliament Hill.

"There could be consequences in many different areas of our relations with the United States," he added in French, "if there are changes in control of the houses of Congress."

It remains unclear what a divided Congress could mean for ratification of the USMCA, which isn't likely to take place in the U.S. until sometime next spring.

"Every leader has the job of sticking up for their own country, and they will do it in their own ways," Trudeau said in his CNN interview, when pressed on the question of trusting Trump. "I respect the fact that people have different approaches to it. My approach is to trust Canadians and deal in a way that is direct with other leaders."

US 'might' lift tariffs once new trade deal is signed: incoming Mexican minister