Remembrance means committing ourselves to peace and justice 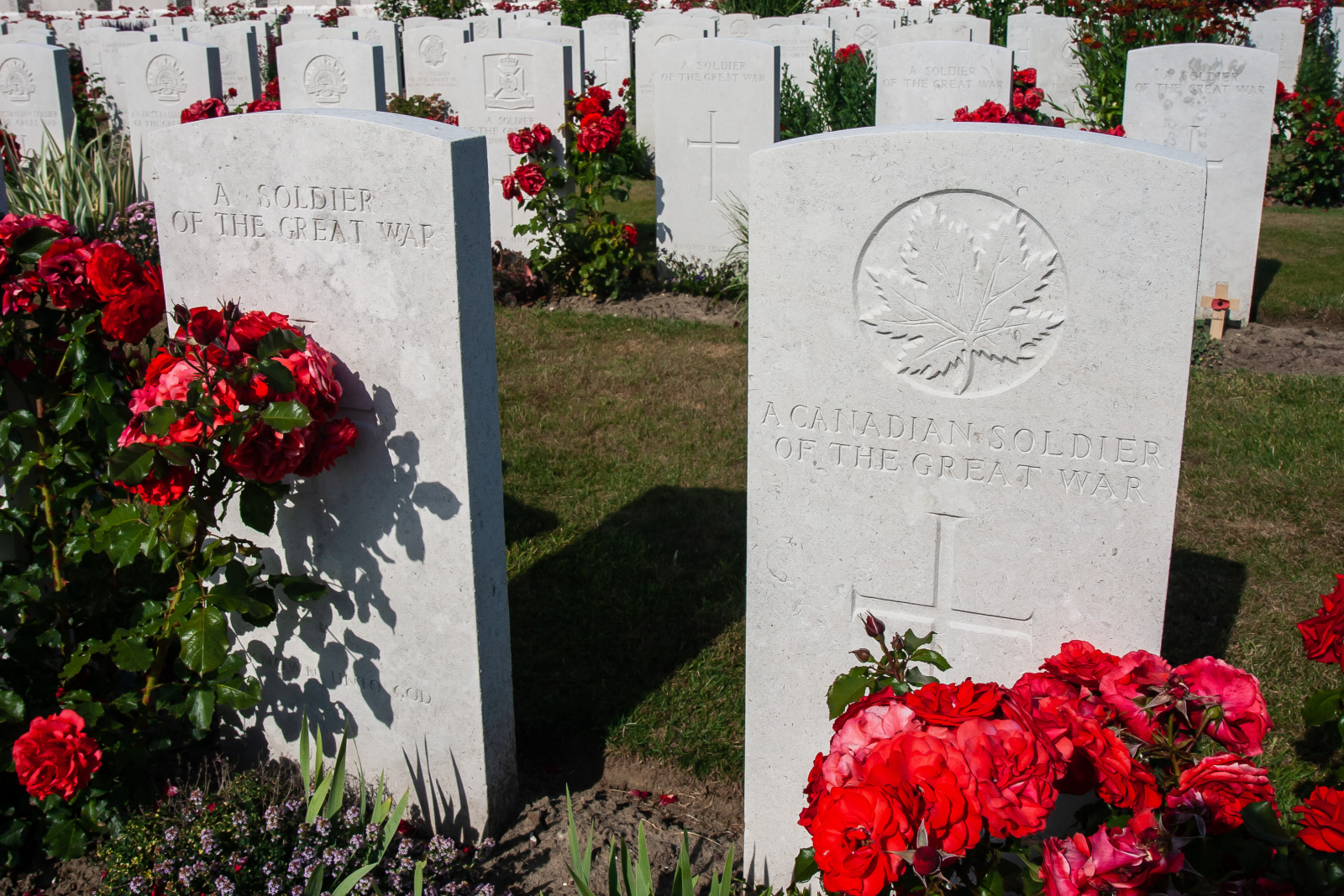 One hundred years ago, Europe was emerging from catastrophe. The death toll was estimated at 40 million, both military and civilian. More than 61,000 people from Canada and Newfoundland were killed and 175,000 wounded.

We know the stories of trench warfare, of poison gas, of shell shock. We know those lines by heart:

To you from failing hands we throw

The torch; be yours to hold it high.

If ye break faith with us who die

We shall not sleep, though poppies grow

On November 11, 1918, the Armistice was signed. It brought an end to the First World War. The men who signed that document were about as far away from the Napoleonic Wars as we are from them today.

As a child, I never understood why the First World War happened. Why would the nations of Europe slaughter one another? Why did I know about Ypres, the Somme, Flanders, Gallipoli and life in the trenches, but nothing really about why they fought? I performed in a Remembrance Day concert at Vimy Ridge when I was 13 and still, I didn’t understand.

I had to be an adult to understand that power doesn’t care about humanity. Writing for the Telegraph in 2014, Patrick Bishop described the start of the First World War like this: “They fought not for new ideas or ways of doing things, but to maintain the existing order. The last thing the kings, generals and politicians of Russia, Germany, Austria-Hungary and Britain wanted was revolutionary change.”

By the time the war ended, Europe was unrecognizable, and revolutionary change was exactly what resulted. From the Russian Revolution to the League of Nations, political ideologies and social movements that would characterize the rest of the century emerged in reaction to the horror of the First World War.

We would be wise to challenge Remembrance Day orthodoxy and learn from the mistakes of the past, writes @NoLore

Canada wasn’t immune from this. As a colony of Britain, sending soldiers to protect a status quo that wasn’t quite our own could only be sold through sentimentality and loyalty to the motherland. The Russian Revolution threw out the Czar and showed the world what a break with seemingly unmovable power structures looked like. Canada was far from being in a revolutionary moment (the Winnipeg general strike in 1919 aside), but we too would be marked by the First World War. Not through a change in our power structures, but in our collective willingness to fight someone else’s war. The scars that would be left on millions of Canadians would fundamentally define English Canadian identity.

Just two months after the Russian Revolution, Canada had a federal election where Quebecers rejected conscription to fight for Britain, and Canadians accepted it. In the spring of 1918, during an anti-conscription protest in the Quebec City suburb of Saint-Sauveur, soldiers from Manitoba and Ontario were given shoot-to-kill orders, and fired on protesters, killing four men. It was later found that they were all passersby in the wrong place at the wrong time. Regardless, fear of revolutionary organizing was met by the full force of the Canadian state.

The First World War brought staggering loss and misery. It was supposed to be the 'War to End All Wars.' Instead, we were called to remember in a very specific way: by cheering on more war. A century later, we commemorate the First World War and the rest of Canada’s military engagements not as we were called to remember them, but to fit political aspirations on the global stage.

We are asked to remember and support our troops, even though both the Liberal and former Conservative governments have failed veterans over and over, even if we sell armoured vehicles to Saudi Arabia that are near certainly killing people in Yemen, and even if we encourage people to join the military with few plans to support their reintegration into civilian life when they retire.

In a video produced by Veterans Affairs Canada, we’re told to remember because we’re free, “to stand up for what we believe in, to say what needs to be said” and “to live in peace.”

These are frustratingly simple, and incorrect narratives. Free speech in Canada is a struggle connected more with our own movements for freedom in relation to our own government than with fighting on foreign soil. Canada was built on removing the freedom of nations who lived on this land, through violence by deploying our military to “clear the plains” for white settlers. Canada is built on centuries of contractions and misery, sacrifice and tragedy. Canada is also built on the human spirit that drives so many of us to struggle for more justice. It’s hard to have both conversations together because that requires nuance and good faith, both of which are in short supply when a government needs moral support to send its children to fight in a war, or sell weapons to governments engaged in war.

Globally, war continues to rage. Fascism is trying to make a comeback. The rich are richer than ever and we’re witnessing a realignment of political forces not seen in modern history. We would be wise to challenge Remembrance Day orthodoxy and learn from the mistakes of the past: that people in power always seek more power, even at the expense of inexplicable human tragedy and sacrifice; that freedom is not equal and is never guaranteed, that democracy is fragile, and that committing ourselves to remembrance means committing ourselves to peace and justice.

Every November, I think of Wilfred Owen’s description of the first world war, and I promise myself to refuse to accept the old lie: Dulce et decorum est pro patria mori, or sweetness and honour lie in dying for one’s country.

Delegation pays final tribute to those who fought in Dieppe, France