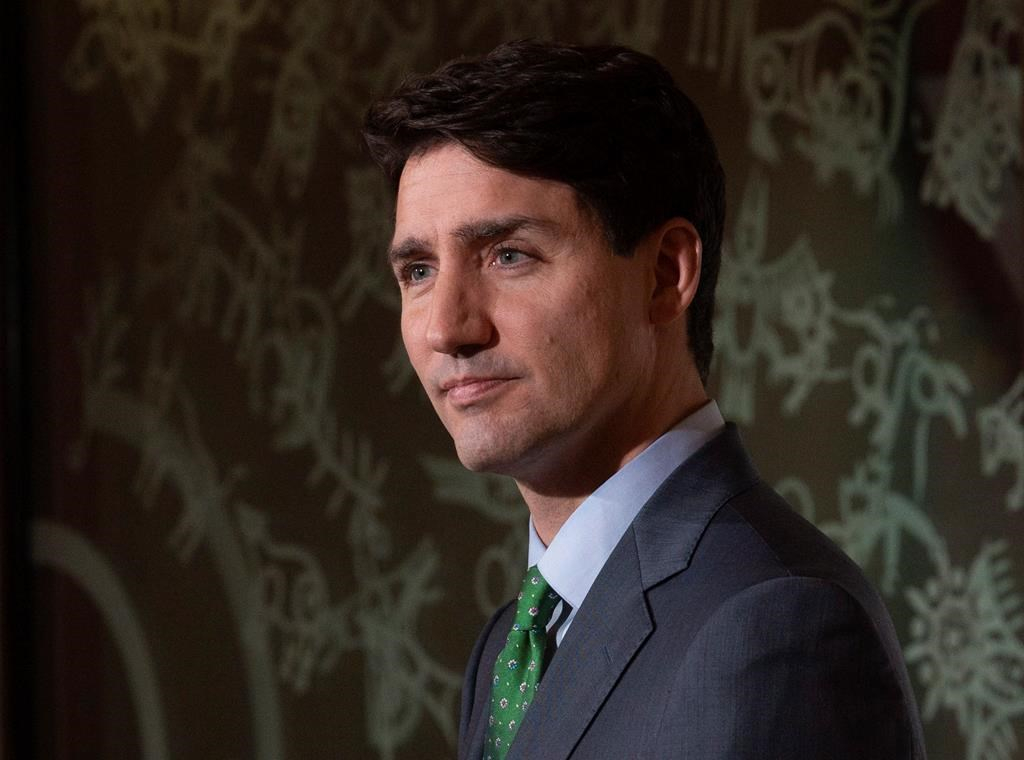 Prime Minister Justin Trudeau listens to a question during a media availability in Paris, France on Monday, November 12, 2018. Photo by The Canadian Press/Adrian Wyld
Previous story
Next story

Canada's spy chief travelled to Turkey at the request of the prime minister and heard a recording of the killing of journalist Jamal Khashoggi, the Canadian Security Intelligence Service says.

CSIS director David Vigneault "has listened to the audio tapes in question" and provided a briefing to Justin Trudeau and other Canadian officials upon his return, said John Townsend, a spokesman for the intelligence service.

Trudeau said Monday in Paris he has not personally heard the recording that Turkish officials have also provided to allies such as the U.S. and Britain in recent days, though he said he had been told about its contents.

"Canada has been fully briefed up on what Turkey had to share," Trudeau said during a press conference at the Canadian Embassy in Paris.

The development is the latest piece of a gradually unfolding investigation into the death that has reverberated through the international community.

Khashoggi's killing last month at the Saudi consulate in Istanbul further strained an already difficult relationship with Canada and renewed public outrage over Ottawa's $15-billion arms deal with the regime.

Canada has joined other countries in applying pressure on Riyadh to provide better answers about what actually happened to the journalist.

Khashoggi, a Saudi citizen but a resident of the United States who's been critical of the Saudi monarchy, was last seen entering the consulate in Turkey on Oct. 2, where he'd gone to get papers to marry his fiancee.

His killing has prompted widespread condemnation, including from Trudeau himself, but the prime minister did not say how the recordings have affected his thoughts on repercussions for the Saudis.

"We continue to be engaged with our allies on the investigation into accountability for the murder of Jamal Khashoggi, and we are in discussion with our like-minded allies as to next steps towards Saudi Arabia," Trudeau said.

The shared audio is the latest move by Turkey to maintain international pressure on Saudi Arabia over the killing.

Trudeau said he brought the subject up during a recent phone call with Turkish President Recep Tayyip Erdogan and briefly again when the two met on the weekend in Paris. Trudeau said he "thanked (Erdogan) for his strength in responding to the Khashoggi situation."

The crown prince is widely suspected of at least having knowledge of the killing, which involved some members of his security entourage.

Hunt — the first British minister to visit Saudi Arabia since Khashoggi was killed — said he would press the kingdom to fully co-operate with a Turkish investigation into the writer's killing.

"The international community remain united in horror and outrage at the brutal murder of Jamal Khashoggi one month ago. It is clearly unacceptable that the full circumstances behind his murder still remain unclear," Hunt said in a statement ahead of landing in Riyadh.

On Sunday U.S. Secretary of State Mike Pompeo spoke with the Saudi crown prince on the telephone and "emphasized that the United States will hold all of those involved in the killing of Jamal Khashoggi accountable, and that Saudi Arabia must do the same."

Under mounting pressure, Saudi Arabia has changed its story about the death, first saying Khashoggi walked out of the consulate the day he disappeared but eventually acknowledging he died inside. Saudi Arabia has also recently acknowledged Turkish evidence that showed the slaying was premeditated.

Saudi officials characterize the killing as a rogue operation carried out by Saudi agents who exceeded their authority.