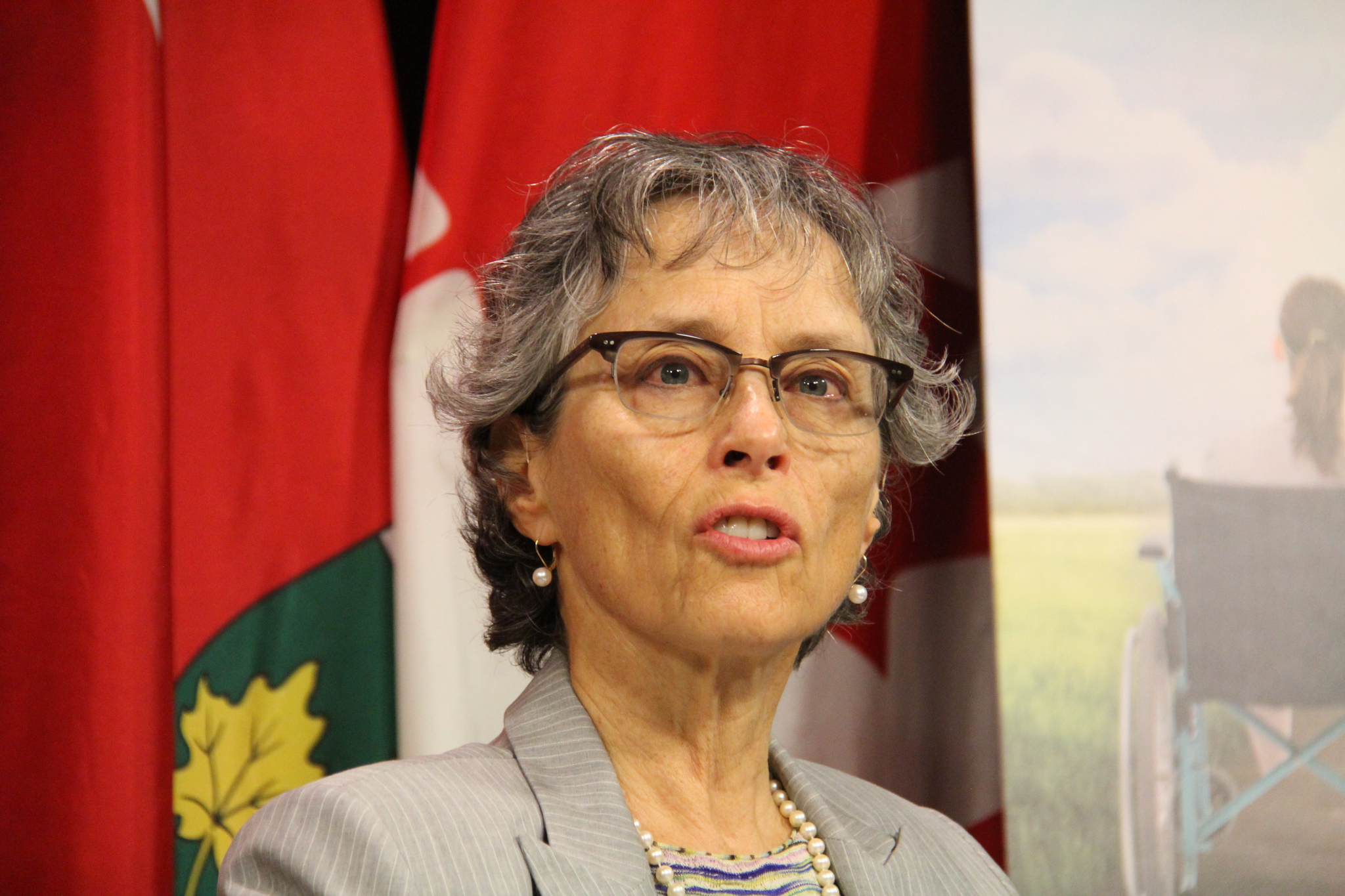 Environment Commissioner Dianne Saxe outlined her concerns in a voluminous annual report published on Nov. 13, called "Back to Basics." The report examined government action — or inaction — between April 2017 and March 2018, including a review of the state of Ontario’s waterways, wetlands, woodlands and wildlife.

What Saxe has found is shocking.

Technology has come a long way since then, Saxe noted. But nothing has changed in Ontario.

“Despite closed beaches and decades of concern, the government has still not required municipalities to do everything practicable to stop their overflows,” Saxe said in her Tuesday press conference. Little has been done to regulate raw municipal sewage, agricultural runoff, toxic industrial wastewater and road salt misuse, she added.

“Why is Ontario still sitting on its hands?” Saxe said in her Tuesday press conference at Queen's Park.

Ontario leaves troubling gaps in its protections for our valuable natural resources and these gaps do a lot of damage. The good news is that small changes in government action could have real impacts. #ONpoli

Saxe said that successive governments have consistently turned a blind eye to these issues, because it was easier than dealing with the costs. The solutions, however, are simple, she noted, including requiring municipalities to take action to regulate sewage runoff by imposing stormwater feeds and building green infrastructure.

Raw sewage has overflowed into Ontario’s waterways 1,327 times this year, the @Ont_ECO has found in her annual report. More than half of those overflows were from nearly 44 outdated municipal sewer systems that combine stormwater and sewage.

“The law says it’s illegal to dump filth into our water,” she said. “A municipality can be excused if they have used due diligence, meaning all reasonable measures. I don’t know any municipality that is taking all available measures.”

She strongly urged the government to commit to long-term funding to protect Ontario’s clean water protection programs. The funding for this program ends on March 31, 2019 and Saxe isn’t sure if the new Progressive Conservative government will reinstate it.

“It is unbelievable that in 2018, the government allows this much filth into our lakes and rivers,” she said.

'It’s simply disgusting that the government is allowing our lakes and rivers to be used as a sewer:' Schreiner

Ontario Environment Minister Rod Phillips told reporters the government is currently looking at the issue of water pollution across the province but would not say if more funding would be coming for municipalities to address the problem in his environment and climate plan, expected later this month.

When asked if he would renew the clean water protection programs, Phillips said he was “looking into it,” and that the government’s aim to reduce the Liberal government’s $15 billion deficit needed to be considered moving forward.

Phillips said that Saxe’s report was “very valuable” to his office as they put together the plan and included “a good series of advice.” He noted that the government’s decision to change the ministry’s role to be in charge of environment, conservation and parks was to ensure that they could address the issues of wetlands as well as the watershed.

“We’ll look at the totality of our relationship with municipalities,” he said. “We’ll look at it in context of the environment and other things as well. I think the report provides some interesting ideas and important ideas.”

“It’s simply disgusting that the government is allowing our lakes and rivers to be used as a sewer,” he said.

We all want our kids to be able to swim, paddle and fish in clean lakes and rivers.

Yet we allow raw sewage, industrial toxins, agricultural run-off and road salt to pour into them.

Schreiner urged the government to look into ways to make it easier for municipalities to access green infrastructure funding to help mitigate the severity of water pollution Saxe lays out in her report. At present, green infrastructure is not applicable in any infrastructure grants available to Ontario’s farmers, residents and businesses.

“This government must pick up the ball that the previous government dropped in protecting our water,” Schreiner said. “Water is life. Clean water is essential to our health and well-being, as well as our economy.”

NDP MPP and environment critic Ian Arthur said Saxe’s report highlights how governments, time and again, have failed to properly address a problem that has been becoming more severe with time.

“It is going to be so much harder to deal with the effects of climate change if we don’t have these basics done,” he said.

Ontario environmental commissioner says 'don't give up' on climate policy