Ontario environmental commissioner says 'don't give up' on climate policy 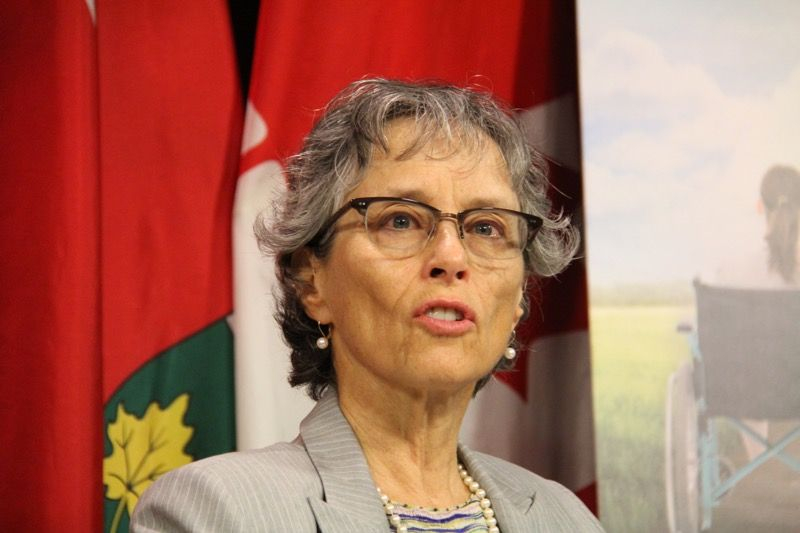 Ontario was on the “right track” with its climate policies before Doug Ford’s government “swept away” most of them and replaced them with nothing, says Ontario’s environment watchdog.

Ford’s bill to repeal cap and trade “lacks most of the features of good climate law,” Dianne Saxe, Ontario’s environmental commissioner, said in her annual report released Tuesday. Greenhouse gas emissions were down in large part due to policies of the former Liberal government that his Conservatives are scrapping, the report said.

Without the $1.9 billion revenue from the cap and trade carbon emissions market that Ford has branded a “job killing carbon tax,” she said Ontario will have to find new ways to fund climate solutions. One way is ending fossil fuel subsidies.

The Cap and Trade Cancellation Act (Bill 4) doesn’t offer a clear path ahead, she said.

“Instead it promises undetermined action to achieve undetermined and easily changed targets at some undetermined future time with no criteria and no consequences,” Saxe said at a presentation Tuesday. “It’s a license to do little or nothing in the face of our largest threat.”

It’s not too late to reduce the damage that is coming, the report said. Canada had made important international commitments to do its fair share in reducing global emissions. "Ontario can, and must, do its part," says the report.

Ford’s government, since being sworn in June 29, has undone several measures of the former Liberal government that the commissioner credited for driving down Ontario’s greenhouse gas emissions to a record low in 2016.

Noting that First Nations communities had a stake in eight of the 10 largest green energy projects that Ford has cancelled, Saxe said: “Environmental justice has to be part of … reconciliation."

“It is no longer possible for us to have what we all want: both a safe, predictable climate that sustains our lives and economy and unlimited fossil fuel use,” the report said. “Like other places, Ontario must take most fossil fuels and other sources of greenhouse gases out of our economy, and soon.”

Public should speak up

Like Greenpeace, Saxe expressed concern that the government had failed to live up to its obligation to consult the public on significant changes to climate policy.

On Sept. 11, Greenpeace sued Ontario for failing to comply with the Ontario Environmental Bill of Rights by killing regulations that underpinned cap and trade in July without conducting consultations.

Within hours of Ecojustice filing the lawsuit on behalf of Greenpeace, the government opened public consultations on the Cap and Trade Cancellation Act for the legal minimum of 30 days, ending Oct. 11.

Environment Minister Rod Phillips had asserted that the recent Ontario election was a process of public participation that was substantially equivalent to the process required under the environmental bill of rights.

"The recent Ontario election was not a lawful substitute for the process of public participation required by the Environmental Bill of Rights,” the Saxe report said. “The public’s EBR right to participate is distinct from the democratic mandate created by elections, and was specifically created to address the erosion of public trust in environmentally significant decisions of democratically elected governments.”

Saxe said she was pleased that Phillips had recognized his legal obligations. But, “what the government hasn’t done in that consultation is tell people actually what it plans to do. It's very difficult for people to comment without knowing what government really means to do.”

Keith Stewart, senior energy strategist with Greenpeace Canada, told National Observer that while the suit will no longer receive an expedited hearing since Bill 4 is up for consultation, they still seek a ruling that confirms a government cannot consider an election campaign a legitimate consultation under the Environmental Bill of Rights.

He said the absence of a government plan to replace cap and trade and other policies “is in itself a plan. It's a plan to do nothing.”

‘We need a backbone’

Ford campaigned aggressively on pulling Ontario from the carbon market it shared with Quebec and California, and the legislation to repeal it, says Saxe, ought to have targets in place for emissions reductions.

“There has been some suggestion that the cap and trade money was being taken unjustly from Ontario families and businesses and then wasted,” Saxe said. “That is not what I found.”

She said the program was complex and "poorly communicated," but it was on its way to producing economic and environmental benefits. Together with closure of coal plants, slowing urban sprawl and other measures, she said, "these were good policies that worked."

Saxe said she hopes Ontarians will participate in the online consultation to let government know where they stand. The government might be open to suggestions on replacing cap and trade.

“All we have right now is the bill itself,” Saxe told National Observer, referring to the bill to repeal cap and trade. “And the bill itself is utterly bare bones. And I don't think Ontarians should accept that. That will not give any backbone to any kind of climate action. It's more likely to be a fig leaf than a backbone. We need a backbone. And I hope Ontarians will speak up for one.”