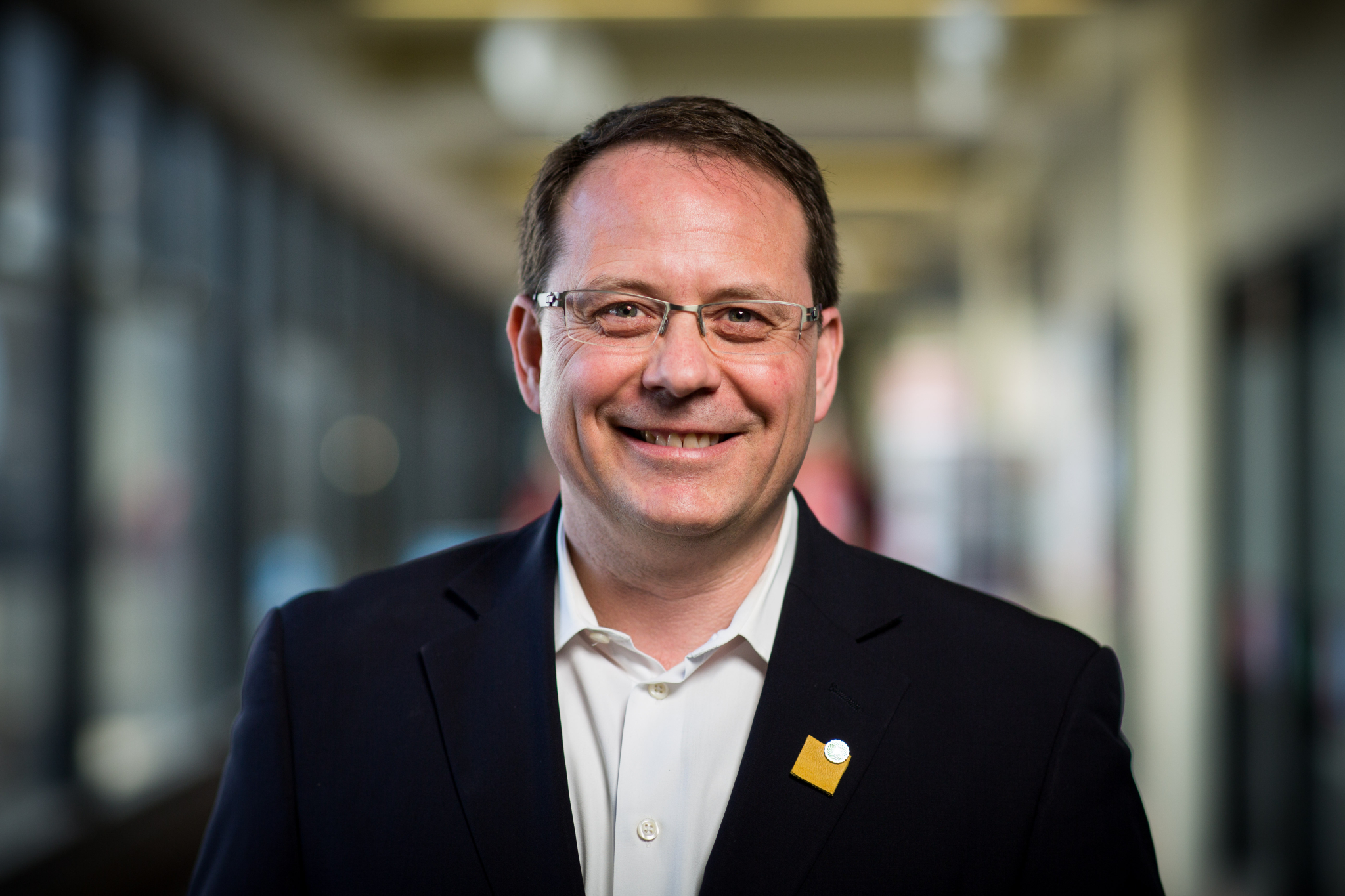 The Green Party of Ontario is proposing a price on carbon that would be returned to citizens as a dividend, rather than a tax rebate, so that poor people would benefit.

Green leader Mike Schreiner released a 24-page climate change strategy at Queen’s Park on Wednesday as an alternative to the Progressive Conservative government of Premier Doug Ford who has killed the former Ontario government's carbon pricing policy and is fighting the federal carbon price plan too.

Schreiner, the first Green legislator in Ontario’s history, said "the Ford government is on the wrong side of history and on the wrong side of the electorate" given that most voters chose parties in the June election which advocated pollution pricing in their platforms.

The Green party’s plan calls for a fee to be levied on all pollution when it is extracted from the ground or brought into the province. All revenue collected would then be returned to citizens via dividend payouts rather than through the income tax system, which Schreiner said would ensure lower-income people who may not file taxes still get the benefit. The federal plan would price carbon in Ontario and return the revenue to citizens through tax claims. 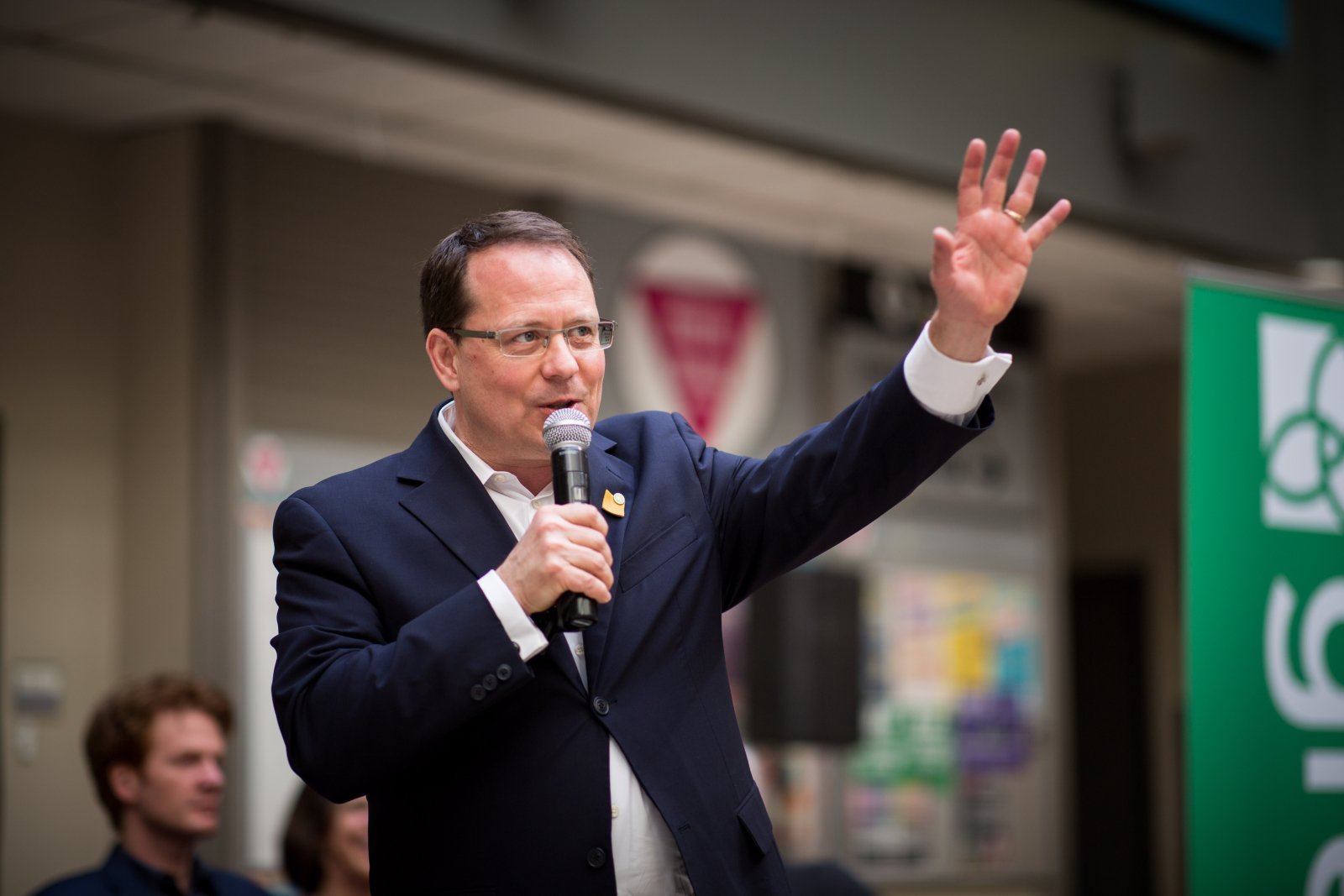 Ontario Green Leader Mike Schreiner waves to supporters during an event in Ottawa on March 26, 2018. File photo by Alex Tétreault

The Greens' document listed several “must-haves” for a credible strategy to reduce greenhouse gas emissions, including a price on pollution and some 50 other ideas which Schreiner said he would be "happy for them (the Ford government) to steal all of them."

The pollution price would begin at $20 per ton and increase by at least $10 a ton per year, the document said. It also calls for the creation of a fund to help businesses and homeowners make their buildings more energy efficient and the rapid electrification of transportation, which accounts for 35 percent of Ontario’s emissions.

The party aims for the province to be carbon neutral by 2050, arguing that Ontario could create more jobs and prosperity by embracing a clean economy. The Greens also want to see legislation that holds fossil fuel companies legally liable for the damage they cause.

Since winning power, Ford's government has reversed many of the province's existing green policies, pulling out of a cap-and-trade system shared with Quebec and California and putting a stop to a range of eco-friendly initiatives, such as rebates on electric vehicle purchases, while also refusing to abide by the federal government's carbon pricing requirement. The government has not said what actions it plans to take to tackle the climate change crisis.

Schreiner said he had been encouraged by "many conservatives" who are not part of the current government to keep pushing for a sensible climate change plan, and said many of the government's members had just last year signed up for then-Leader Patrick Brown's pollution pricing plan.

"I urge you to end the spin on pollution pricing," Schreiner wrote in an open letter to Environment Minister Rod Phillips. "It is time to put evidence before political games. Pollution pricing works. It is compatible with conservative ideology. And it was the policy of your party just 12 months ago."

Speaking at Queen's Park, Phillips said that the Ford government was still consulting the public and reviewing proposals, and that they planned to unveil a new plan by the end of November.

"We're not going to apologize for putting forward a plan that we think is effective in terms of protecting the environment, reducing GHGs and (one that) protects families."

Phillips said his party has talked in the past about an emissions reduction fund and has studied various models including Australia’s reverse auction, New York’s Green Bank, and the UK’s Carbon Fund, as well as looking at the role technology could play. He added that he thought the idea of pricing pollution and returning cash to taxpayers was largely discredited.

“When they talk about actually returning more money and that changing your behaviour, people get confused,” he told reporters outside the legislature. “When they talk about cheques in the mail, that’s the sort of thing that people tend to be disbelieving of government, that higher taxes are going to mean more money for me. That’s their plan, not my plan, I’ll let them justify it."

Right now, Alberta, British Columbia and Quebec all have pollution pricing plans as part of their climate change policies. The economies in all three jurisdictions are growing.

If you want to know more about Mike Schreiner's climate plan, join National Observer investigative reporter Fatima Syed for a live chat with the Green leader on Dec. 3 in Toronto at the CSI Spadina Atrium at 192 Spadina Avenue.

As far as I am concerned the

As far as I am concerned the fee and dividend model is the way to go. Everone gets the same amount of dividend, and people can choose to spend it as the fee on greenhouse gas emitting things such as gasoline or natural gas, or to avoid the fee by buying such things as an electric car.