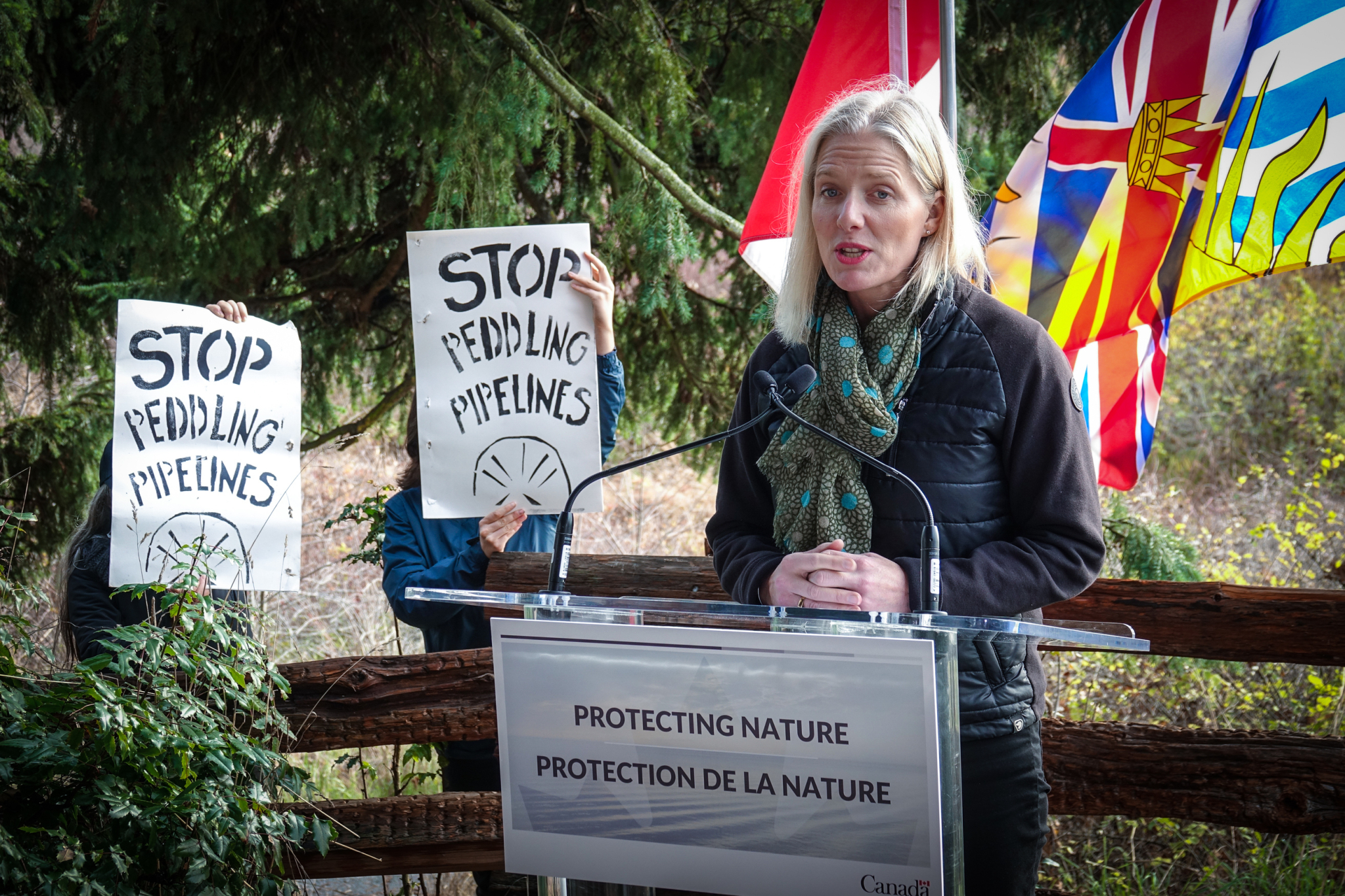 The Darkwoods Conservation Area in southeastern B.C. is home to at least 40 species at risk, such as grizzly bears, wolverines, peregrine falcons, mountain caribou and whitebark pine.

In an attempt to meet international climate objectives, protect the only inland temperate rainforest, and conserve "carbon sinks" to last into future generations, the federal and provincial governments announced new funding to expand the conservative area established in 2008.

The $14.6 million will support the addition of 7,900 hectares (19,500 acres) to the Darkwoods Conservation Area. It is to conserve lands in the Next Creek watershed, located along Kootenay Lake, between Nelson and Creston. The watershed feeds 17 watersheds and more than 120 alpine lakes.

Next Creek was previously for sale. Purchase by a forestry or recreation interest would likely lead to intensified logging or high-impact recreation, making the unprotected private forestry property on unceded territories a high priority for Canadian conservationists.

Darkwoods and Next Creek are located in the traditional territories of the Ktunaxa, the Syilx and the Sinixt peoples.

"We have the ability to use natural features as carbon sinks for the whole world," McKenna said. "The world is watching. It's a critically important announcement today."

The funds will be managed by Nature Conservancy Canada (NCC) which hailed in a brochure the great potential for scientific research into the species and natural ecosystems "able to persist under conservation management." Details of how the funds will be spent were not immediately available.

"Already on Darkwoods, researchers have identified over 350 plant species, experimented on new ways to rebuild populations of diminishing species and deepened our understanding of core grizzly bear and wolverine habitat needs," the flyer stated.

When McKenna finished speaking, a group of people who had been standing behind the minister with protest signs during her speech started chanting "Stop Peddling Pipelines!" The self-identified land and water protectors were from the group Rise and Resist Victoria, a grassroots organizing collective against large extractive projects that harm the environment.

"It's a pleasure to work on a shared commitment with Canada and the Nature Conservancy to protect and conserve," Heyman said. "There are over 220 species that are threatened, endangered, or of special concern, but B.C. lacks an overarching piece of legislation, a Species at Risk legislation, and I want to remind everyone that it is a commitment of the B.C. government for legislation to be brought forward."

NCC president John Lounds thanked the ministers for the investments in the expansion of the conservation area in the Rockies.

"Darkwoods is an amazing place, a project of global significance," Lounds said. "There's a spot, deep in the forest, where you can reach out with one hand and touch a western red cedar, while at the same time, laying your other hand on a ponderosa pine. The cedar lives and thrives in wet conditions, quite the opposite of the dry heat-loving pine, such is the incredible diversity of the Darkwoods."

NCC manages the funds and matches the federal investment 2:1, which is why the group is actively fundraising to complete the project, explained NCC communications manager Lesley Neilson.

"The funding from both levels of government will be used for the acquisition of the Next Creek watershed property now and through the spring," Neilson wrote in an email response. Neilson said none of the donated or fundraised funds would go to any of the First Nations on whose territory the conservation area exists, but that the money will be spent on conducting a baseline ecological inventory, which informs the property management plan.

There were no voices from the Ktunaxa, the Syilx or the Sinixt peoples to speak to the historical, cultural and traditional relationships, uses and knowledge from their territories. Following the speeches, the event was opened to questions from the media and audience, and the conversation quickly turned to the government's support for pipelines.

One man asked McKenna "how can you justify spending $7 million dollars as a success, when you're spending billions of dollars on fossil fuel expansion projects, such as fracking, LNG projects and the tar sands, which have been proven to way outweigh the carbon sinks that this project will save?"

McKenna responded that a transition to a cleaner future doesn't happen overnight.

"For a decade we had the Harper government that did no action on climate change," McKenna said. "We have a climate plan which includes putting a price on pollution, phasing out coal, and working with communities and workers to ensure that they have a transition, that they have jobs. We're making historic investments in public transportation, and yes, we're going to continue investing in nature, because that is a natural carbon sink."

The questioner who wished to remain anonymous, followed up by questioning how extra oil production to feed the proposed Trans Mountain pipeline expansion could be considered strong climate action for "my generation, which is going to be the one to see these climate impacts."

There's still a demand, and resources still need to get to market, McKenna responded.

"It has to be in a way that is respectful and is in partnership with Indigenous peoples," she said, though the debates around meaningful consultation with First Nations affected by the Trans Mountain expansion project remain. "We all lived through the NAFTA negotiations. We're relying on one market, we need to diversify."

"We wanted to show the minister that while sustainable infrastructure and protected areas are great, it's going to take a lot more than that to get us through this climate crisis and it's blatant hypocrisy and political opportunism to promote fossil fuel infrastructures at the same time promoting protected areas," Cherry said. "Climate change isn't going to recognize those boundaries."

Cherry said his primary concerns were the Trans Mountain expansion project, the Kitimat LNG project and the Steelhead LNG project on the island.

"The minister spoke a lot today about carbon sinks, but the biggest carbon sinks are the oil deposits that are already in the ground," Cherry said. "If we're serious about sequestering carbon, we need to leave them in the ground, rather than exporting them and burning them."

Cherry said a solution to the ongoing climate crisis looks like changing the way the economy functions.

"We have lots of alternative energy sources," Cherry said, adding that many of the clean energy options are readier than people think. "Here in B.C., we use geothermal, we use solar, wind, wave, we have tidal, all of these are great alternatives we can piece together for a new energy grid."

We also have to think about changing the way we consume, Cherry said, as another Rise and Resist protestor spoke about how little the economy and jobs will matter, when people are fighting, as are many across the world, just to survive.

VIDEO: Why Catherine McKenna is excited about climate action in Canada

This small money hopefully will not change anybody's opinion regarding the Justin Trudeau Memorial Pipeline. Cheap effort by a bunch of people [Federal Liberals] that were elected through FALSE PRETENSES