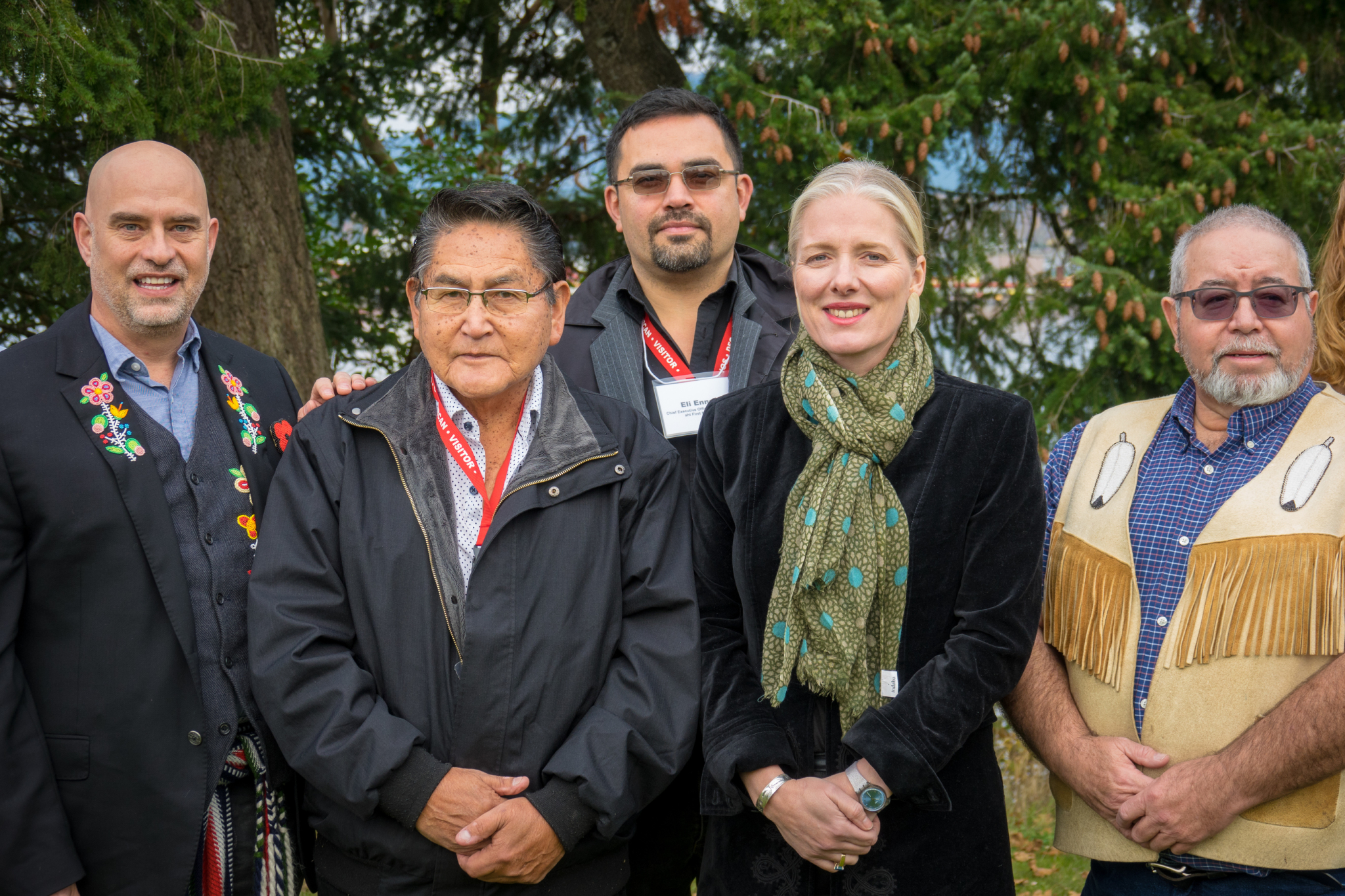 Will Goodon said he grew up in a Métis community on the land in southwestern Manitoba, hunting, snaring and trapping. Goodon said it's important for Métis youth to participate in a community-based pilot program that would provide them time in the bush, learning traditional hunting and trapping skills.

"The guardians programs is about protecting the land, but it's also about protecting our families and communities so that when our youth today become our elders in the future, they will be able to pass the culture on," Goodon said Tuesday at a funding announcement for the Indigenous Guardians Pilot Program.

Goodon is minister of housing and property management of the Manitoba Métis Federation. He expressed hope that guardians in Métis and First Nations communities can work together to monitor and protect shared territories.

Funds were announced by Catherine McKenna, federal minister of environment and climate change, for 28 Indigenous projects totaling nearly $5.7 million over four years. The program recognizes First Nations, Inuit communities and Métis communities' rights and responsibilities to the land, waters, ice and ecosystems of their traditional territories and provides support for stewardship and conservation efforts.

Eyes and ears for their communities

"I have met with many Indigenous guardians who have told me how they are the eyes and ears for their communities," said McKenna, standing outside the Institute of Ocean Sciences on Vancouver Island. Indigenous guardians patrol protected areas, try to understand and reduce the impacts of climate change, create management plans and programs and monitor and protect ecosystems within their territories, the minister said.

"Today is a great example in how we can do better and how we can learn from Indigenous peoples," she added.

She said the projects are developed at the community level. "These initiatives will support Indigenous guardians across the country in the work protecting sensitive areas, monitoring ecological health, and maintaining Indigenous cultural sites."

McKenna called it a practical step forward in relationship-building with Indigenous peoples. The money is part of the 2017 budget of $25 million for the program which also supports the work of Métis communities, First Nations and Inuit communities, in developing an Indigenous guardians network across the country.

"It’s up to us to take action. We owe it to future generations, our children and grandchildren," said minister of enviro and climate change @cathmckenna at the $5.7 million funding announcement for Indigenous guardian programs. #ReconciliACTION

After the announcement, Chief Dave Walkem of the Cook's Ferry Indian Band and the Citzw Nlaka'pamux Assembly spoke about how his community has only been dealing with the "massive influx of settlers" for the last 160 years - from the Fraser River Goldrush, to the Caribou Goldrush, to railroads, hydro energy projects and oil and gas projects.

He said communities have been working to mediate the impacts of industry, and to encourage their people to get back on the land and live healthier lives. Chief Walkem said the program helps connect their initiatives and implement some of their value and culture-based work on-the-ground.

Izaac Wilman traveled all the way from Nunavut to Vancouver Island, where he said the weather felt like a Northern summertime. Wilman represented Nunavut Tunngavik Inc., one of the 28 recipients of the funds. Wilman spoke about the Inuit Marine Monitoring Program, which hires local Inuit in six different communities, as well as a planned AIS (Automatic Identification System) pilot project which seeks to gather weather data and AIS ship tracking information, in order to build capacity and resources in the north.

Wilman said the Indigenous guardians program helps Inuit with already-established monitoring and conservation efforts, as their communities prepare for intensified climate change, oil and gas development, and the impact of shipping and traffic in the Northwest Passage.

"Our food source is the ocean," Wilman said. "Increased shipping and oil and gas exploration poses a risk to our lands, wildlife and our relationship to both. Being that Nunavut is a food-insecure place, it's important we keep our wildlife healthy and sustain healthy relationships."

By Charles Mandel | News, Energy | April 21st 2016
Reports from the Race to a Safer World

Ms. McKenna's, "Protecting Nature" pledge rings hollow. Her government has gone from proclaiming Canada must be weaned off of fossil fuels....to we can't leave it in the ground.....to embracing a LNG/Fracking industry in BC. Credibility? Hardly!

Justin Trudeau's Liberals are literally speaking with forked tongues. In BC, the Trans Mountain expansion was shut down because the gov't had been found not to have engaged in meaningful consultation. I have no doubt these First Nations plan to do good things with this money, but they may find the gov'ts support runs a lot cooler if the First Nations really want to embark on a nation-to-nation relationship.