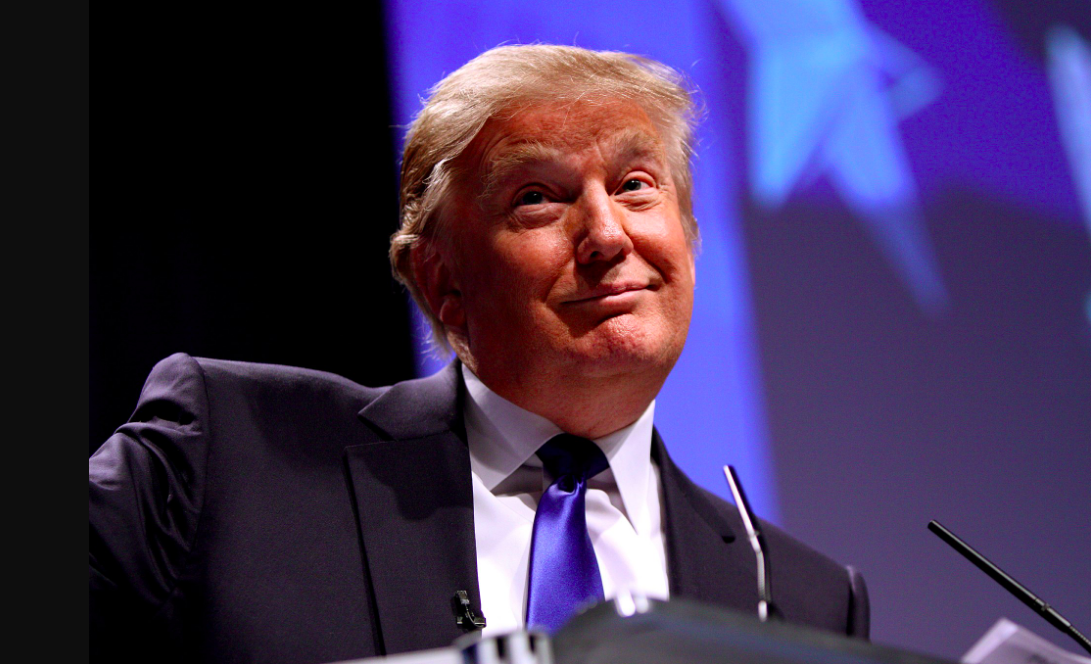 This story was originally published by The Huffington Post and appears here as part of the Climate Desk collaboration.

President Donald Trump asserted that he had “very high levels of intelligence,” and as such, did not believe in the scientific consensus surrounding climate change in a sweeping interview with The Washington Post published Tuesday.

“One of the problems that a lot of people like myself, we have very high levels of intelligence but we’re not necessarily such believers,” said Trump, speaking to the Post’s Josh Dawsey and Philip Rucker. “You look at our air and our water and it’s right now at a record clean. ... As to whether or not it’s man-made and whether or not the effects that you’re talking about are there, I don’t see it — not nearly like it is.”

Trump’s statements, his latest in a long history of climate change denial, go against the vast majority of scientists who say the planet has rapidly warmed since the Industrial Revolution and will continue to do so unless humanity is able to dramatically scale back greenhouse gas emissions. Without such action, the planet faces a slew of devastating effects, including a mass die-off of coral reefs; an increase in the severity of natural disasters, such as wildfires; and a global economic hit in the trillions of dollars, according to a recent United Nations study.

The White House released its own sweeping National Climate Assessment on the Friday after Thanksgiving. The 1,656-page report, compiled by 13 federal agencies and more than 300 researchers, painted the bleakest portrait of the future United States yet, noting that the country had already warmed 1.8 degrees Fahrenheit over the past century and will warm a further 3 degrees by 2100 unless fossil fuel use is scaled back. Predictions even said that warming could approach 9 degrees or more by the end of the century.

White House press secretary Sarah Huckabee Sanders said Tuesday that the recent National Climate Assessment was "not based on facts." The report was compiled by 13 federal agencies and more than 300 researchers.

Among threats to health and the environment, the report also warned that sweeping damage would cut off as much as 10 percent of the U.S. economy.

Trump and his proxies, however, have moved to downplay those conclusions.

“It’s not based on facts. ... It’s not data-driven,” White House press secretary Sarah Huckabee Sanders said at a news briefing Tuesday. “We’d like to see something that is more data-driven. It’s based on modeling.”

Interior Secretary Ryan Zinke also moved to walk back the report’s conclusions, saying they were based on “the worst scenarios.”

Authors of the report have taken to Twitter to defend its predictions.

“I wrote the climate scenarios chapter myself, so I can confirm it considers ALL scenarios, from those where we go carbon negative before end of century to those where carbon emissions continue to rise,” Katharine Hayhoe, a co-author of the current assessment and director of the Climate Science Center at Texas Tech University, said in a tweet on Friday.

The Fourth US National Climate Assessment was released on Friday. Since then, a number of politicians + pundits have made statements about it that are not accurate. As an author, I'm here to set the record straight. Here we go! (thread) https://t.co/4qV9ss3Tr3

The president has stayed firm on his anti-climate rhetoric in recent days, even after the devastating Camp fire in Northern California left at least 88 people dead. Trump toured the town of Paradise, which was incinerated, and said that his opinion of climate change hadn’t shifted after the visit.

He moved to lay blame on forest management policies during the visit instead, even suggesting that “raking” would help stop the scourge of wildfires, claims he appeared to repeat in his interview with the Post on Tuesday.

“The fire in California, where I was, if you looked at the floor, the floor of the fire they have trees that were fallen, they did no forest management, no forest maintenance, and you can light — you can take a match like this and light a tree trunk when that thing is laying there for more than 14 or 15 months,” Trump said. “You go to other places where they have denser trees — it’s more dense, where the trees are more flammable — they don’t have forest fires like this, because they maintain.”

So many mistakes with Trans Mountain pipeline redo. How long 'til we're back in court?

The water is a record clean?

The water is a record clean? Umm, I'm pretty sure there is an estimated 700 barrels a day being spilled into the Gulf. You know, that oil spill that was discovered while monitoring BP'S oil spill. An oil spill that has been happening for 14 years apparently.

The hubris of this aging

The hubris of this aging titan of self-promotion is positively mythical. The Olympian gods must be marshalling to strike down the impudent and clownish mortal. The fates await thee POTUS; their shears honed and ready to sever your tarnished glory.

Here in BC, for years now, I

Here in BC, for years now, I have witnessed our summers becoming longer and hotter. The island I live on is surrounded in enormous cedars that are slowly dying off each season in this extreme heat. Our southern resident Orcas are dying in our warming ocean. Early and sudden snow melts are regularly causing floods in areas that have rarely flooded before. BC/California forest fires are occuring in record numbers. Nothing frustrates me more than listening to this moron spew his ignorant lies, while the rest of us watch the planet incinerate itself right before our eyes.

Very well said, frightening that we are next door to such an ignorant moron. Scary to live on the same coast as California I fear this does not bode well for us .