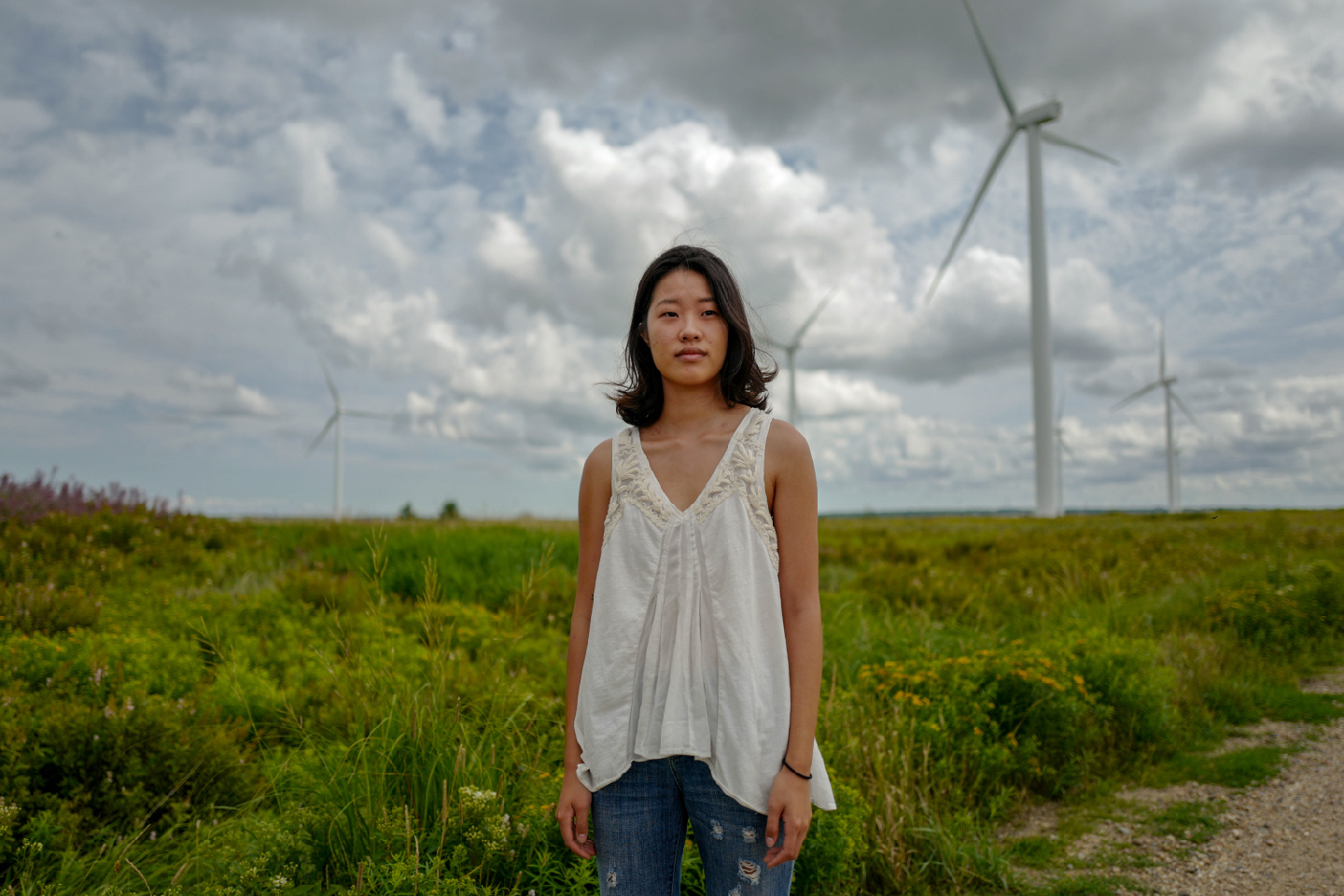 Age 22, she knows a lot of other young adults who "are having internal conversations with themselves but also with friends and family about whether or not to have children.”

“Young people are facing this anxiety and mostly because we are the generation to live through this crisis,” the environmental activist and organizer told National Observer.

One of the country's top environmentalists under 25, she is a graduate student in environmental studies at Dalhousie University and the interim coordinator of the Canadian Youth Delegation, a group sent to international United Nations climate conferences. Now a resident of Halifax, she has been to conferences in Morocco and Germany.

There's an element of hopelessness, she says, that arises from the steady barrage of doomsday reports or news about climate-accelerated natural disasters every day.

Grief, post-traumatic stress disorder and the eco-anxiety Oh described are among the public health risks that will accompany an era of rampant food insecurity, isolation and displacement, according to the Lancet Countdown 2018 Report.

Dr. Howard said that evacuating one’s home due to the extreme weather events that increase in frequency with climate change – such as flooding and wildfires – creates the conditions for the sense of loss that imperils mental wellbeing.

These stressors may increase rates of alcohol and drug abuse, said Howard, and early research also suggests links between extreme heat and suicide.

"This is the public health imperative of our time.”

The Canadian Lancet document was prepared with support from CMA and the Canadian Public Health Association.

As researchers discussed the Lancet report, Ontario Environment Minister Rod Phillips presented the government's climate plan, many weeks after repealing the former Liberal government's policies to reduce carbon emissions. Despite consensus from policy and climate experts, Ontario's new plan does not feature a carbon tax, which the minister referred to as an unnecessary “dogma.”

On the night of U.S. President Donald Trump’s election, Oh was in Marrakesh, Morocco for the United Nations climate conference following the Paris Agreement. She and some others at the conference had not expected Trump's win.

"I have never felt grief like that before,” she told National Observer.

She recalls being unable to eat or sleep.

“I think it was compounded by the fact that I was in a space where we were talking about the urgency of climate change and how immediately and how big the effects would be for marginalized communities all over the world. And just feeling the weight of the most powerful politician in the world be a climate denier.”

While Canadians are becoming more aware of the impending risks, she said, many are inured from the consequences.

Seemingly vast natural resources and a sprawling geography mean that many communities are “shielded away.”

“But of course those impacts are not carried proportionately by Canadians,” said Oh. “We know that Indigenous peoples really face the biggest burden of climate change within Canada.”

Northern communities have been the focus of early research. An example is Inuvik, a town and region in the Northwest Territories, where a 50-year temperature increase of three degrees Celsius has been recorded, according to the report.

“That’s a big deal when talking about the difference between solid water and liquid water,” said Howard, referring to communities that rely on ice roads to access hunting grounds, transportation, and friends and family.

Howard cites research out of Memorial University, where Dr. Ashlee Cunsolo researched ecological grief in Rigolet, Nunatsiavut. The profound changes to the land have meant “feelings of loss, of sadness, of worry about what the future will bring for them, for their children, and what those further changes in the environment will mean to their way of life,” said Howard.

While more conclusive research into mental health outcomes will hopefully emerge, Howard said she’s seeing a critical mass in dialogue, spurred in part by a wave of climate-related episodes in recent years.

After a heatwave in Montreal that killed dozens last summer, for example, mainstream awareness and concern is on the rise, said Howard

People may feel isolated by their grief, especially when they’re in circles of family and friends who aren’t feeling emotional duress.

“It can be alienating. You can think to yourself, ‘well, what’s wrong with me? Maybe I shouldn’t worry about it so much,” said Howard. “If we talk about it, we may still feel sad, but we don’t have to feel lonely and we don’t have to feel like those feelings make us odd. In fact, it’s very normal to be anxious and scared if there’s a threat.”

Greg Dubord, a Canadian expert in cognitive behavioural therapy, describes that feeling as “constructive unpleasant emotion,” said Howard, and a utilitarian evolutionary response that’s kept people alive this long. She likened the primordial reaction to the fight-or-flight instinct that would cause someone to run away from a tiger behind a bush.

Now, she said, our job is to feel those emotions. And act on them.

Why do some folks put their

Why do some folks put their complete trust in government? Do we honestly believe because the Trudeau government says it will make climate change go away when we give them our money Mr. Trudeau will make it so? Only in the land of Oz would that ever have any credibility...and even there....not much.

Sounds a bit right wing, all

Sounds a bit right wing, all governments are the same, can't trust em, etc. etc.....
Considering the reality that climate change is going to need collective action and sound policy, if we are going to have any hope of dealing with it........through mitigation and adaptation.........distrust of government strikes me as one tentacle of the climate change denial game.

Let's stop expecting everything from government........AND..let's stop blaming government when they don't instantly solve our problems for us. It's a lazy man, and woman's tactic.

Instead, we should engage as citizens, demand action..........and celebrate the governments that move in the right direction..Trudeau's Liberals are among those governments just now....as are the Notley NDP in Alberta.

Singing the worn out refrain of bad government is a jingle from the 90's......when neoliberal policies put all that wealth we created into the pockets of corporations and rich cats who keep it off shore, where it can do the least good. Dead money needs to be brought home and put to climate action.

And good governance, not government bashing, needs to be pursued through intelligent citizen engagement.
Meanwhile, do something yourself....if government can't be trusted. In Alberta we now get 35% rebate on solar panels....many of us are taking action to make Alberta a leader in renewable energy...inspite of all the fossil fool whining, we are still the richest province in Canada, per capita.......
Time to change our investment strategy.