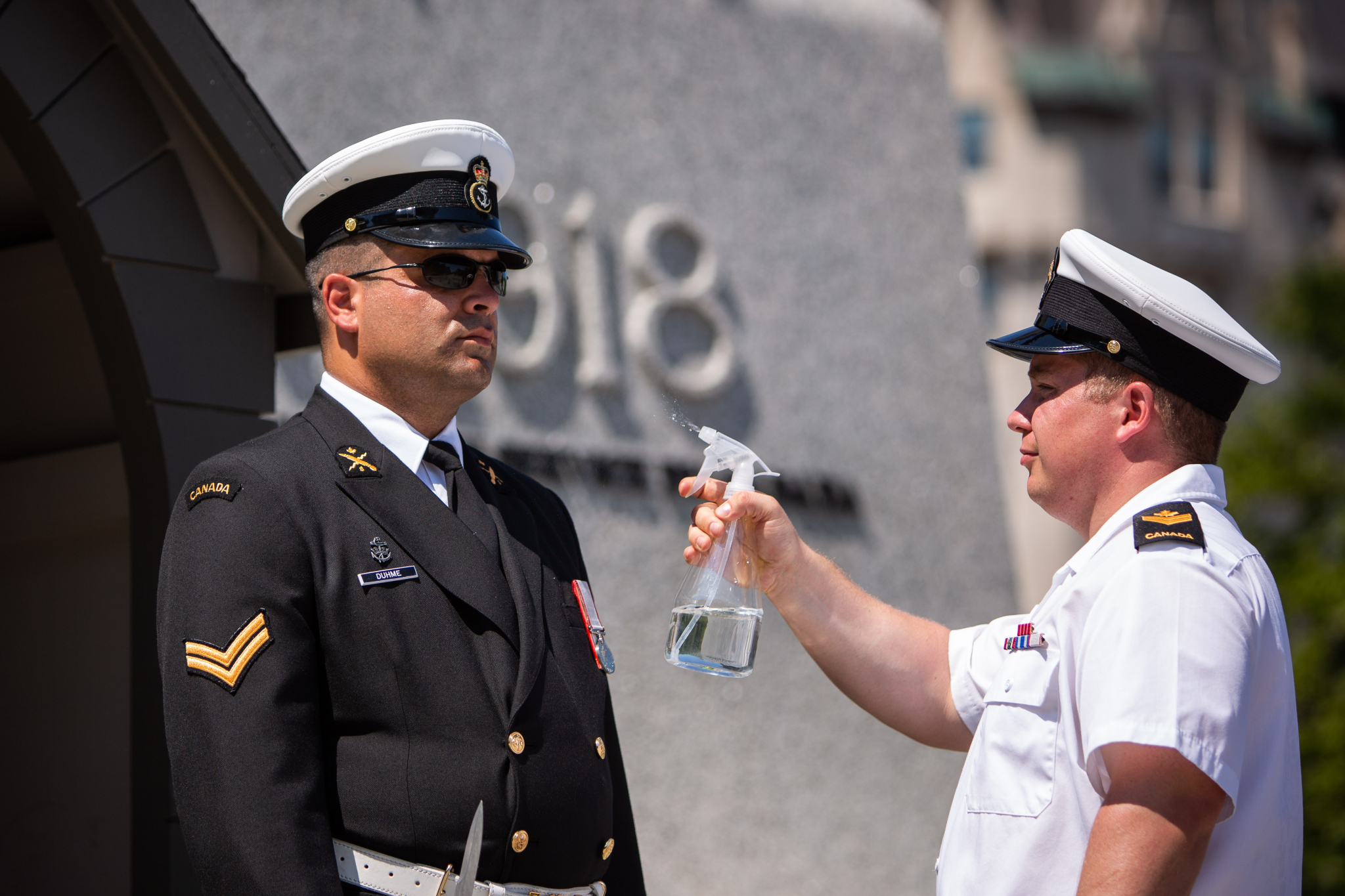 Health officials in Central Canada are urging the population to find ways to stay cool after dozens of deaths struck the country's two most populous provinces during a recent heat wave.

The latest deaths follow a major heat wave that has struck large parts of North America. Scientists say that the intense heat and other extreme weather events are becoming more frequent due to the burning of fossil fuels and other human activity that contribute to climate change.

"These events...seem to be happening more frequently," said David Williams, Ontario's chief medical officer during a conference call with reporters. "The temperature extremes are going to be more and the (duration of these events) will be more challenging."

As many as 70 people have died in Quebec – most of whom in Montreal – due to heat in the past weeks, as temperatures rose above 40 Celsius with the humidex. Ontario officials are also investigating at least three deaths, but explained that others could have occurred which were not reported.

"We certainly know in Ontario that heat and cold do affect those with chronic illness and it's important that we remember that and we focus ourselves on those that have chronic illness, who are thought of, remembered, checked on," said Dirk Huyer, the province's chief coroner.

He added that it was important to ensure vulnerable people had the opportunity to remain safe and well-supported during extreme weather events.

"I think that is the priority that we should be focusing on, that people are in a good, safe place," he added.

Population at risk even after enduring several days of heat

Health officials in Quebec have warned the population that people could be at risk of health problems even after enduring several days of heat, The Canadian Press reported on July 6.

"These events...seem to be happening more frequently," said David Williams, Ontario's chief medical officer during a conference call with reporters.

Ontario was tracking lower numbers of deaths than Quebec, possibly due to its criteria. Ontario only considers a death to be heat-related, in its statistics, if the heat was a direct or major cause.

Huyer said that emergency room data may offer a better picture of the public health of Ontarians during a heat wave.

“That is more powerful as far as a larger amount of information than would be knowing the individual number of deaths,” said Huyer.

Huyer said that the number of deaths counted by Quebec officials would include individuals with a chronic illness that would leave them vulnerable to heat, exacerbating an existing condition.

“Most of those are not reported to us,” said Huyer of fatalities that occur during extreme heat or cold where a preexisting illness was likely at play. “They would be cases that would be recognized more typically as natural and therefore would not be investigated.”

He cited heart disease, lung disease, and cancer as types of illnesses they likely would not be tasked with investigating.

Williams said that emergency room visits spiked during the recent heat wave, rising dramatically between June 29 and July 1, and returning to normal by the end of the week.

It could take weeks or months to ascertain the causes of death, said Huyer, as defining a heat-caused death is very difficult. He did not provide additional details about the cases, citing privacy concerns.

With temperatures expected to rise again, the doctors say Ontario residents should educate themselves on risk factors for heat-related morbidity.

In Ottawa, a spokeswoman for Environment and Climate Change Minister Catherine McKenna offered her sympathies for people affected by the recent weather.

"Our thoughts are with the loved ones of those who passed away due to the heat wave in the last weeks," said McKenna's spokeswoman Caroline Thériault. "We advise everyone to take all possible precautions during periods of extreme weather events."

Health Canada doesn't keep information about heat-related deaths in Canada because it's not one of the "nationally notifiable" diseases that the provinces must report to federal authorities, nor does it collect the information itself, a spokesperson told National Observer.

The federal department offers tips on its website about how people can manage the risks during a heat wave. The page also lists a series of health issues that could arise during extreme heat, including heat rash, heat fainting, and heat stroke, or hyperthermia.

The department also warns that seniors, chronically ill people and those without secure housing would be at the greatest risk of health problems during a heat wave.

Bouts of extreme heat are expected to become more frequent, notes a 2018 report from Canada’s federal and provincial auditors general, with their evaluation concluding that governments had under-delivered on commitments to deal with climate change.

The report states that “by 2100, the number of days above 30 degrees Celsius in Canadian cities is expected to double and a one-in-20-year hottest day may become a one-in-two-year event.”

Managing to stay cool is critical in combating hyperthermia, says Huyer. Seventy-four per cent of homes in Ontario have air conditioning, he says, compared to a national average of 50 per cent.

– with files from Carl Meyer

By The Canadian Press | News, Politics | July 7th 2018
Reports from the Race to a Safer World