Newly discovered cave in B.C. park might be the largest in Canada 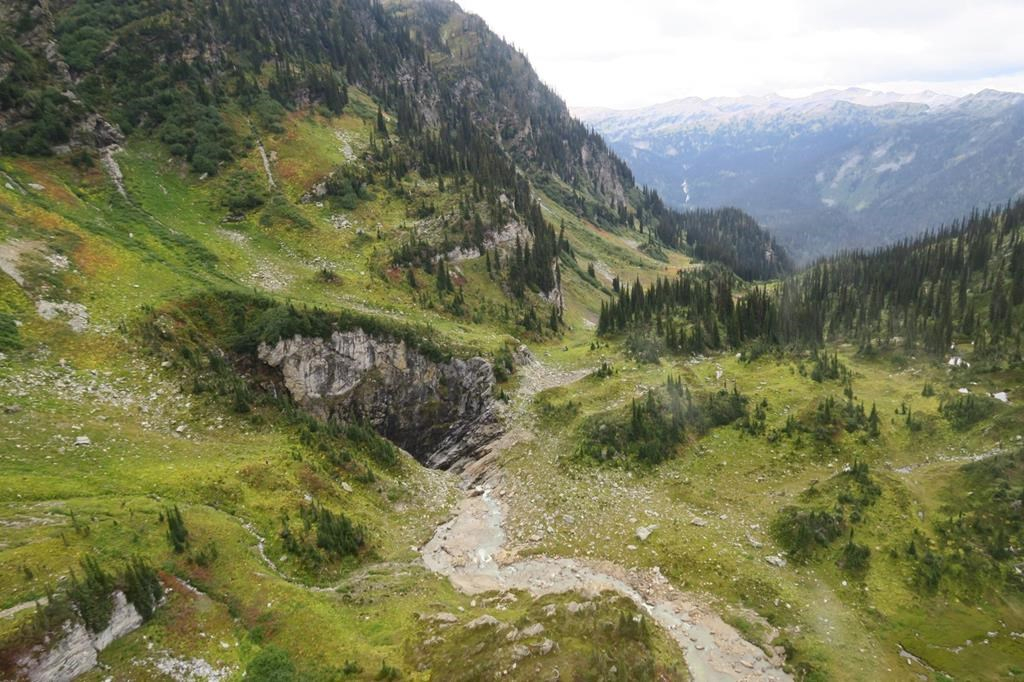 The entrance to the cave, nicknamed "Sarlacc's Pit" by the helicopter crew who discovered it, is seen in an undated handout photo. Handout photo by Ministry of Environment and Climate Change/Catherine Hickson
Previous story
Next story

A newly discovered cave in a remote valley in British Columbia's Wells Gray Provincial Park might just be the country's largest.

The feature was spotted by a helicopter crew from the province's Ministry of Environment and Climate Change in March, when they were conducting a caribou census through the northeastern part of the park.

Geologist Catherine Hickson, who first went to the cave in September, said the discovery promises a dramatic new chapter in the story of Canadian cave exploration.

"It was absolutely amazing," she said. "I immediately recognized that this was very significant."

Before making the trip, Hickson and fellow researchers including John Pollack, a cave expert, spent months studying satellite imagery and rocks in the area, she said.

The entrance pit to the cave is about 100 metres long and 60 metres wide, and while its depth is hard to measure because of the mist from a waterfall, initial examinations show it is at least 135 metres deep.

The cave is the largest known of its type, a variety of "striped karst," which is marble interspersed with other types of ancient ocean rock, she said.

"It's in an area where this size of a cave is unusual," she said. "It's an important landmark — an important feature for Canadians to be proud about."

The people who first spotted the cave from the helicopter named it Sarlacc's Pit, because of its similarity to the lair of Sarlacc, a creature from "Star Wars: Return of the Jedi."

But a formal naming of the cave will happen after consultations with First Nations, she said.

The feature was formed underneath glaciers for potentially tens of thousands of years, so there is no way of knowing the real age of the cave right away, Hickson said.

"Right now, because of the recession of the glaciers, it is open to the sky," she said, adding that as ice retreats from the landscape due to climate change, more such features might be discovered.

Although the cave is in a remote, rugged valley covered with snow and ice for a greater part of the year, Hickson said researchers are keeping the exact location a secret so as to preserve the unique area.

Hickson said further investigations and research of the cave and its unique geography will likely be carried out in 2020, depending on funding.

"We think everything is known and everything has been discovered, but here's a major discovery that is made in today's world and likely has never been seen before and certainly not explored before," she said.

"It's just a message that there is still stuff out there yet to do and yet to be discovered."