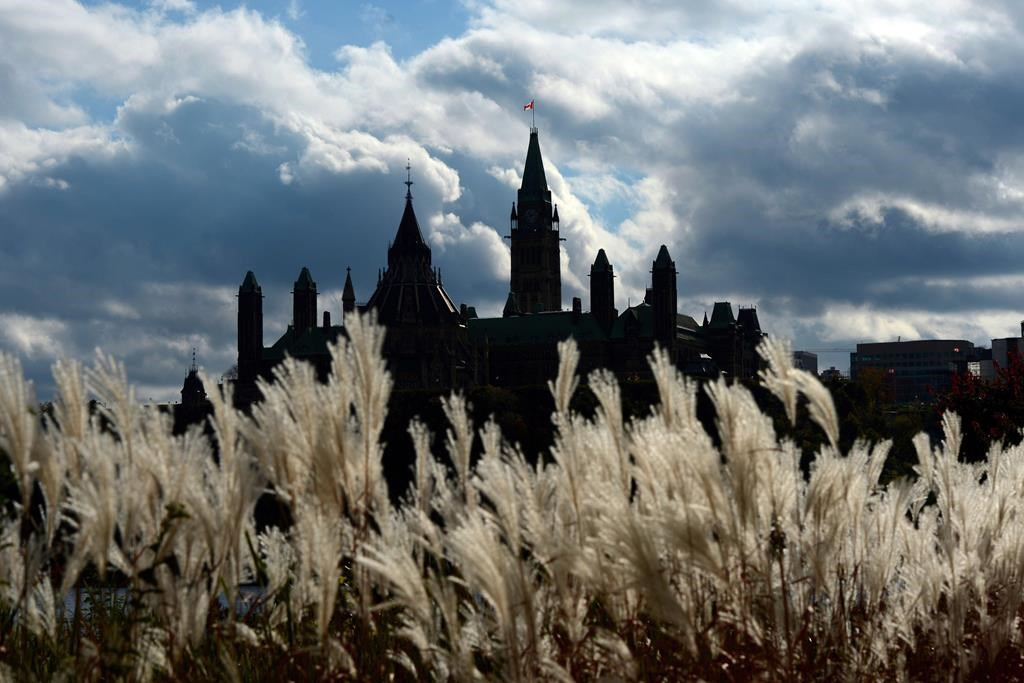 Parliament Hill in Ottawa is viewed from the shores of Gatineau, Que., on October 22, 2013. File photo by The Canadian Press/Sean Kilpatrick
Previous story
Next story

Three of Canada's top environmental scientists want the federal government to listen harder to what their studies are saying about the future.

In a letter released Monday, they say they want politicians to put aside partisan differences to address what the scientists call a crisis.

"Strong action must be taken in the next few years," says the letter written to the prime minister, opposition leaders and provincial and territorial premiers.

"There is no time for the 'transitional economies' that some have touted to pacify fossil fuel interests by investing in still more fossil fuel infrastructure."

The letter released Monday is signed by William Peltier, head of the University of Toronto's Centre for Global Change Science; John Smol, a Canada Research Chair in Environmental Change at Queen's University; and David Schindler, prominent ecologist and professor emeritus at the University of Alberta.

All have received the Gerhard Herzberg medal, Canada's top award for science.

The letter is also signed by David Suzuki, longtime science communicator and activist.

The letter includes a list of the effects climate change is already having in Canada, from diminishing salmon runs to shrinking sea ice to extreme weather.

"The overall effect on the economy and the environment will be as devastating as a slow-moving international war," they write. "In any functioning democracy, it is customary for political parties to set aside their differences at such times in order to address a threat that jeopardizes the future of its citizens.

Smol, who was recently named to the Royal Society of London, said it's time his colleagues stepped outside the lab.

"The situation has gotten so severe, we don't have the luxury of being complacent any more," he said.

Last week, Smol published an article calling on scientists to become more vocal to address what he calls a crippling lack of scientific literacy in Canada.

"The lack of serious science reporting and communication allows vested interests and lobbying groups, which often possess considerable resources for public relations and large capacities for swaying public opinion, a much freer hand in delivering messages that help them achieve their agendas," he wrote.

Many agree, but point out obstacles.

"There's no reward from academia for spending one's time communicating science to the public," said Andrew Derocher, biologist at the University of Alberta. "In our system, it's the number of papers published per year."

The credibility of science is also under assault from social media, he said.

"The scientist only gets half the public's attention. The more often someone blogs, the more their message gets out."

Brian Pratt, a University of Saskatchewan geologist, said scientists should address the public but need to be careful about overstepping what their research can support.

"We should promote science but keep the hype out of it," he said. "If it's something that is politicized, it's going to be really difficult."

Helen Longino, a philosophy of science professor at Stanford University in California, agrees that scientists have in the past avoided debate.

"Scientists believe their credibility lies in their neutrality," she said.

But she added it's a "deep mistake" to think that bars them from the issues of the day.

"It's a failure to live out one's full humanity, to think that one is only an academic researcher."

Don't expect the voices to quiet down. Earlier this year, 540 scientists asked the federal government to require businesses to release more information on the effects of chemicals used in their products.

"Things are changing," Smol said. "Some of the things that are happening in the world require urgency."