First ministers' meeting likely to be most fractious, least productive for PM 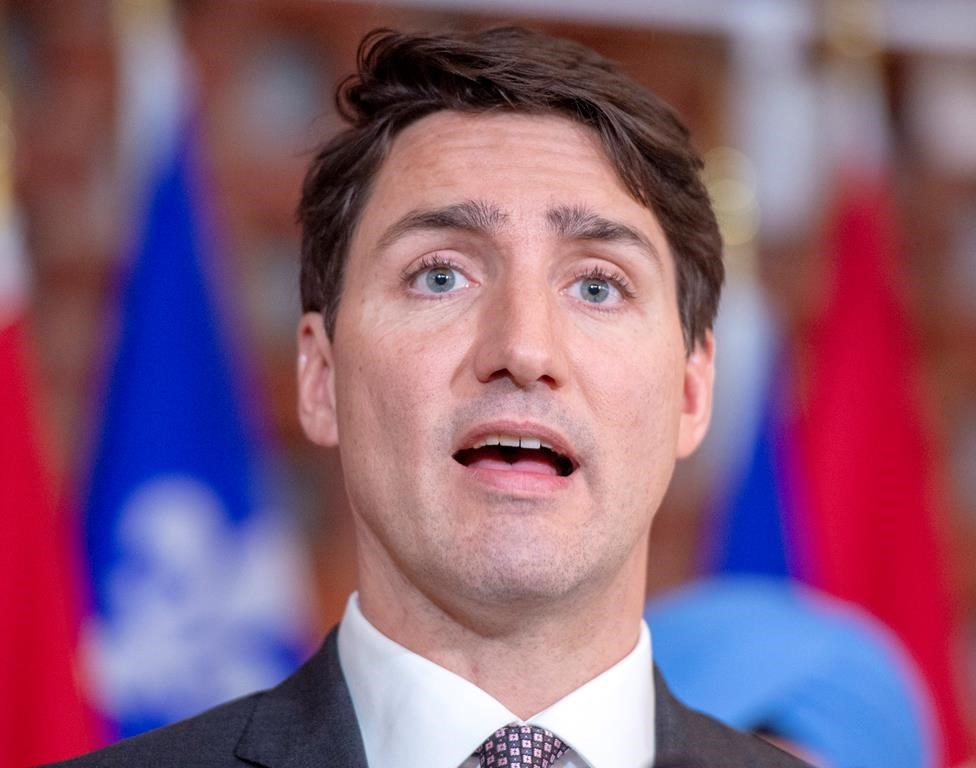 Prime Minister Justin Trudeau speaks to the media at a press conference on Thursday, December 6, 2018 in Montreal. Photo by The Canadian Press/Ryan Remiorz
Previous story
Next story

By the time he wraps up his day-long talk fest with provincial and territorial leaders, Prime Minister Justin Trudeau may well rue the day he promised to hold first ministers' meetings annually.

Friday's closed-door gathering is Trudeau's fourth summit with premiers and promises to be the most turbulent — and likely the least productive.

Gone are the days when he was surrounded by friendly provincial Liberal allies. Now, he's facing a phalanx of conservative premiers who are putting up determined opposition to some of his signature policies, in particular his plan to impose a federal carbon tax next year.

And one of them — Ontario Premier Doug Ford — has vowed to ensure Trudeau's Liberals are defeated in next fall's federal election. Federal officials privately believe that will include efforts to derail Friday's meeting, potentially even staging a dramatic walkout — a scenario Ford and his aides did not rule out Thursday.

But it's not just conservative premiers who are bound to cause headaches for the prime minister. He's got Liberal and New Democrat premiers who also have bones to pick with the federal government.

They are all showing up to Fridays's meeting with a laundry list of issues they want addressed, but no agreement among themselves about which are most pressing or what should be done about them.

For instance, New Brunswick Premier Blaine Higgs wants to revive a proposal for an Energy East pipeline. Quebec's Francois Legault says there's no way Quebecers will ever approve a pipeline through their province.

Alberta's NDP premier, Rachel Notley, is furiously demanding federal action to help her province get its oil to tidewater for shipment to overseas markets, rather than being captive to the discount price paid by the United States.

She and Saskatchewan's Scott Moe want the oil price crisis to top the agenda for Friday's meeting. They also want Trudeau to scrap Bill C-69, legislation to beef up environmental assessments of energy projects.

Their concern that C-69 will scare off investors in things such as pipeline projects is shared by Newfoundland and Labrador's Dwight Ball and Nova Scotia's Stephen McNeil, both Liberals.

But then there's British Columbia's NDP Premier, John Horgan, who has gone to court to stop the one pipeline project Trudeau's government has approved — the Trans Mountain expansion.

Four conservative premiers — Ford, Moe, Higgs and Manitoba's Brian Pallister — have also gone to court but, in their case, it's to stop what they refer to as Trudeau's "job-killing carbon tax." They want to push the issue to the forefront of the agenda.

Trudeau can expect to get some back up on that front from Horgan and Legault, whose provinces were the first to impose carbon regimes and, as federal officials like to point out, currently enjoy the most robust economies in the country.

Environmentalists, meanwhile, are planning to gather outside the hotel where the first ministers are meeting to urge the leaders to do more to combat climate change.

Amid the myriad issues premiers want to discuss and their conflicting views on them, the original objective Trudeau set for the meeting — reducing interprovincial trade barriers — is bound to get short shrift.

Premiers head to Montreal for tough meeting with Trudeau

First ministers meeting shaping up to be most acrimonious in years

Today, on the last day that

Today, on the last day that voting referendum ballots can be submitted in B. C., all I can say is: "Welcome to our complicated, multi-faceted life in the 21st century, where we MUST at least hear everyone out, and then work towards some kind of compromise!!" At least one way to do this is through voting in a proportional representation system.