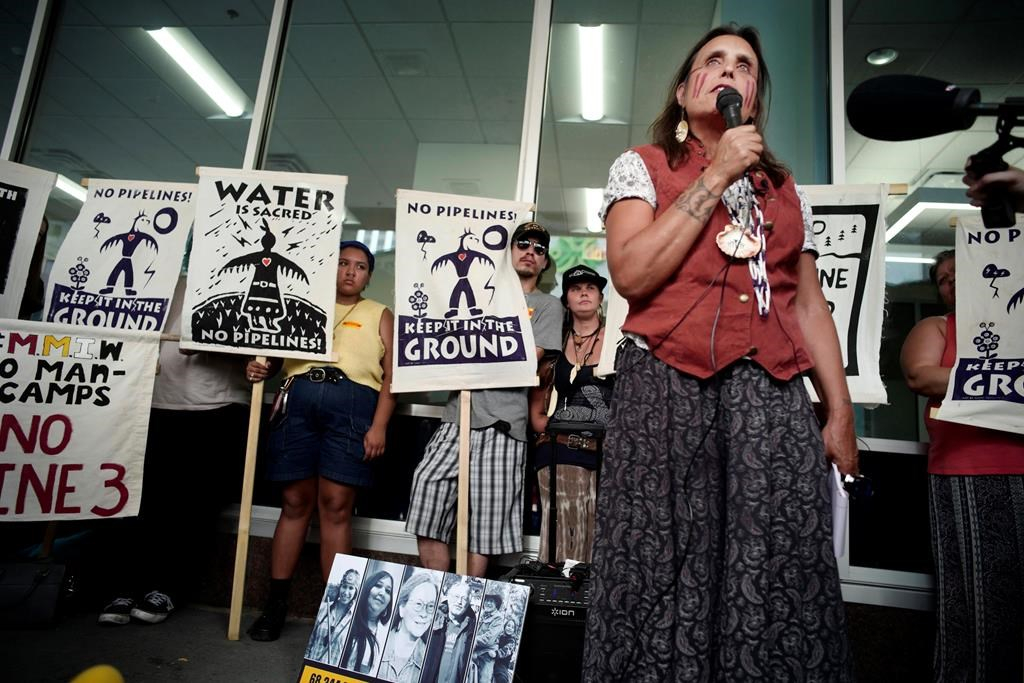 Opponents of Enbridge Energy's proposed Line 3 crude oil pipeline replacement may turn their attention to fighting the project on other fronts as a Minnesota regulatory panel prepares to take one of its final steps to allow it to proceed.

The Public Utilities Commission on Thursday was scheduled to discuss petitions by environmental and tribal groups for the panel to reconsider its decision in June to approve a route permit for the line across northern Minnesota. Those opponents acknowledge that they hold out little hope, given that the commission earlier this month quickly and unanimously rejected their petitions to reconsider the project's certificate of need.

That vote triggered a walkout and a march to the office of Gov.-elect Tim Walz, a Democrat. Both sides since then have been mobilizing their supporters to attend Thursday's PUC meeting. The Jobs for Minnesotans business-labour-community coalition expects that a large contingent of blue-hatted Line 3 supporters will arrive early, spokesman Mike Zipko said.

Groups fighting the project concede that persuading their people to show up and wait in line in the cold for an uncertain chance at a seat is getting harder.

"We don't expect them to reconsider, but we do intend to keep them accountable for their decision," Mary Breen of the climate change group MN350 said in an email to fellow opponents Wednesday. "I've been to so many of these meetings. If you have too, you know how exhausting it is to be silenced by this system. It's hard to keep showing up. Let's show the PUC and Enbridge that rather than getting tired, we're just getting warmed up."

Enbridge wants to replace its existing Line 3 — which crosses northern Minnesota and a corner of North Dakota on its way from the oil fields of Alberta to Enbridge's terminal in Superior, Wisconsin — because it was built in the 1960s and is increasingly subject to cracking and corrosion. The Calgary, Alberta-based company persuaded the commission that it's a critical safety issue.

Environmental and tribal groups say the project will aggravate climate change because the new line will carry Canadian tar sands oil, which generates more climate-warming carbon dioxide during the production process than regular oil. They also object to it crossing the pristine Mississippi River headwaters region, where Native Americans harvest wild rice and claim treaty rights. They say the oil should stay in the ground.

Now the opponents are shifting their focus to the Minnesota Court of Appeals and preparing for demonstrations along the route as construction preparations ramp up. In her email, Breen wrote that "most of the exciting work is outside the PUC at this point."

Native American activist Winona LaDuke, executive director of Honor the Earth, has threatened mass protests patterned on those against the Dakota Access pipeline, which drew thousands of people to the Standing Rock Reservation in North Dakota in 2016 and 2017 and resulted in 761 arrests over a six-month span. Three Line 3 opponents were arrested late last month for blocking access to a pipe storage yard along the route near Carlton. LaDuke was one of more than 20 pipeline protesters blocking an intersection in Bemidji in August.

LaDuke has applied for a gubernatorial appointment to the seat on the PUC being vacated by Chair Nancy Lange, whose term ends Jan. 7. Environmental lawyer Leili Fatehi, who represents the Sierra Club against Line 3, has also applied.