US energy secretary urges Iraq to quit dependency on Iran 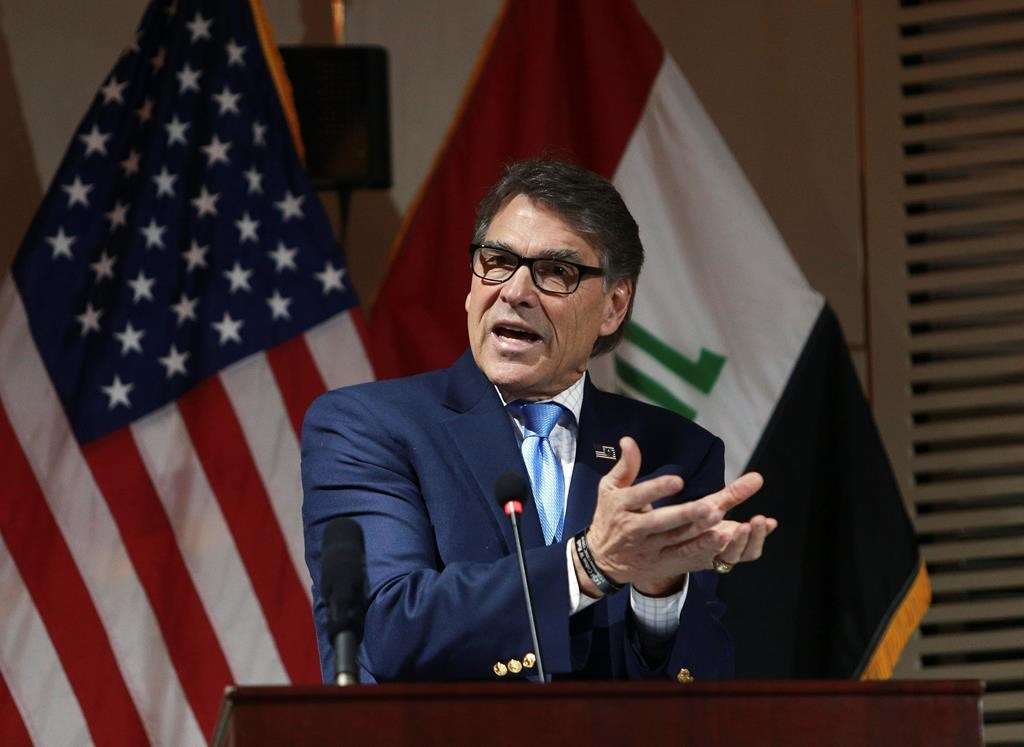 U.S. Energy Secretary Rick Perry arrived in Baghdad on a trade mission Tuesday urging Iraq to reduce its energy dependence on Iran and open its own energy sector to American investment.

The visit comes as the U.S. tries to isolate Iran through sanctions targeting its business and finance sectors. U.S. President Donald Trump says Iran is not in compliance with the 2015 nuclear accord.

Iraq is caught in a delicate position as it continues to draw on Iranian gas and electricity production to power its own economy despite the renewed sanctions against its neighbour.

But Perry characterized the moment as ripe for U.S. investment in Iraq's energy sector. Iraq is one of the largest oil producers in the world.

"The time has come for Iraq to break its dependence on others and move forward toward true energy independence," Perry said at a Baghdad conference organized by the U.S. Chamber of Commerce that brought one of the largest U.S. trade delegations in recent memory to Iraq.

"I'm here to tell you that America and its business community stand ready to assist you in that endeavour," he said.

Iraq was granted a 45-day waiver by the U.S. in November to continue to buy Iranian gas before facing possible consequences for its continued business with Iran's sanctioned energy sector. But most experts agree that before Iraq can stop importing from Iran, it will need at least a year to find alternative power sources, whether developing its own natural gas sector or importing from other producers.

"Capital will come where it's welcome," he said.