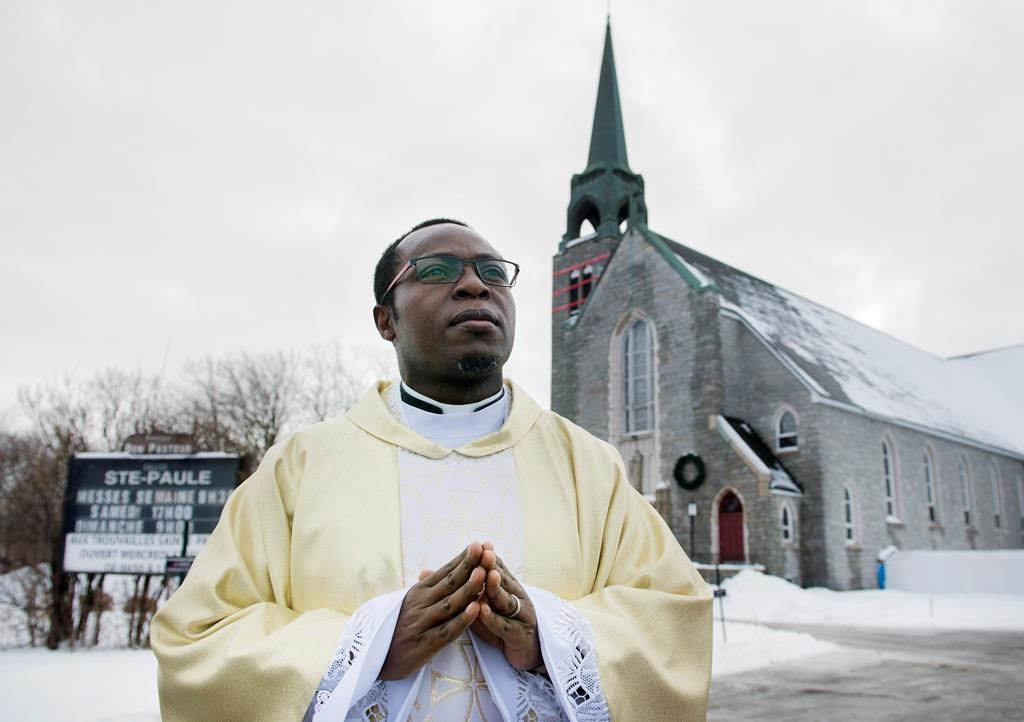 The packed holiday masses that took place as scheduled in the St-Antoine and Ste-Paule churches north of Montreal seemed extra special this year, given that a few months ago it looked like they might not happen at all.

That's because the churches were two of more than 30 that were on a list to be considered for closure as part of the Diocese of St-Jerome's tentative plan to radically slash its 54 churches by more than half.

But amid the uproar that followed in the early months of 2018, the diocese reversed course and is now trying a different experiment: letting the congregations decide their own futures.

Bishop Raymond Poisson, who was brought in from the neighbouring Joliette diocese this summer to help manage the file, said the fact remains that there are too many church buildings and not enough worshippers.

However, he admitted that the original committee's plan to unilaterally close and sell off churches — with no input from their members — was a mistake.

"These buildings are filled with emotions," he said. "We can't do just anything with them."

Poisson, who recently completed a tour of all the diocese's parishes, said no churches will be closed without the community's consent.

Instead, the diocese is asking each parish to provide building inspections and repair estimates for each church, as well as a report on attendance and finances.

These reports, he said, will be shared with the community, who will collectively decide whether to close and merge with another church or develop a plan to stay open.

While it seems unlikely a congregation will vote to close its own church, Poisson believes that church communities will be willing to make tough choices if given the right information.

But at the same time, he said, money won't be the only factor.

"A church isn't (a business), it's a family, and decisions aren't made only based on money," he said. "In a family, sometimes you make a decision that seems strange, but it's out of love."

Poisson said the rumours of impending closures was devastating to congregations, which saw their attendance decline and financial offerings drop by up to 25 per cent.

But he said it also had a positive effect, as congregations and local communities formed citizens' groups and brainstormed to find solutions.

Gauthier Elleme, the priest at St-Antoine and Ste-Paule's churches, also believes the threat of closures served as a wake-up call.

"The parishioners were shocked, because they saw the churches were closing, but at the same time they saw there was a problem," says Elleme, who helps co-ordinate activities in four parishes.

In response to the bishop's challenge, Elleme said the churches are looking at ways to raise revenue, including renting out rooms and forming more partnerships with community organizations.

Church buildings are expensive to maintain, and some congregations will be faced with raising tens or even hundreds of thousands of dollars for major repairs that have been put off too long.

But most importantly, Elleme and other priests are asking the faithful to step up and become increasingly involved in welcoming new members into a "living community" that goes beyond the priest.

He acknowledged that reversing a decades-long attendance decline will be difficult, and it's not always easy for elderly church-goers to change their ways.

But nevertheless, he sees signs of hope.

Elleme said that while the church is emerging from a "dark period" where many turned away, he's seeing a growing core of young members who are willing to embrace faith.

And the 36-year-old priest has plenty of ideas on how to appeal to them, from "redynamizing" traditional church music to sermons that emphasize love and joyful living rather than the prohibition of sin.

And while he said congregations will never rebound to the numbers they reached in the past, when many attended out of a sense of duty or obligation, he believes they'll live on in a smaller and maybe better way.

"People (who attend) will have made a choice, rather than submitting to social pressures, and as a priest I prefer that than to see churches full of people who didn't choose to come," he said.