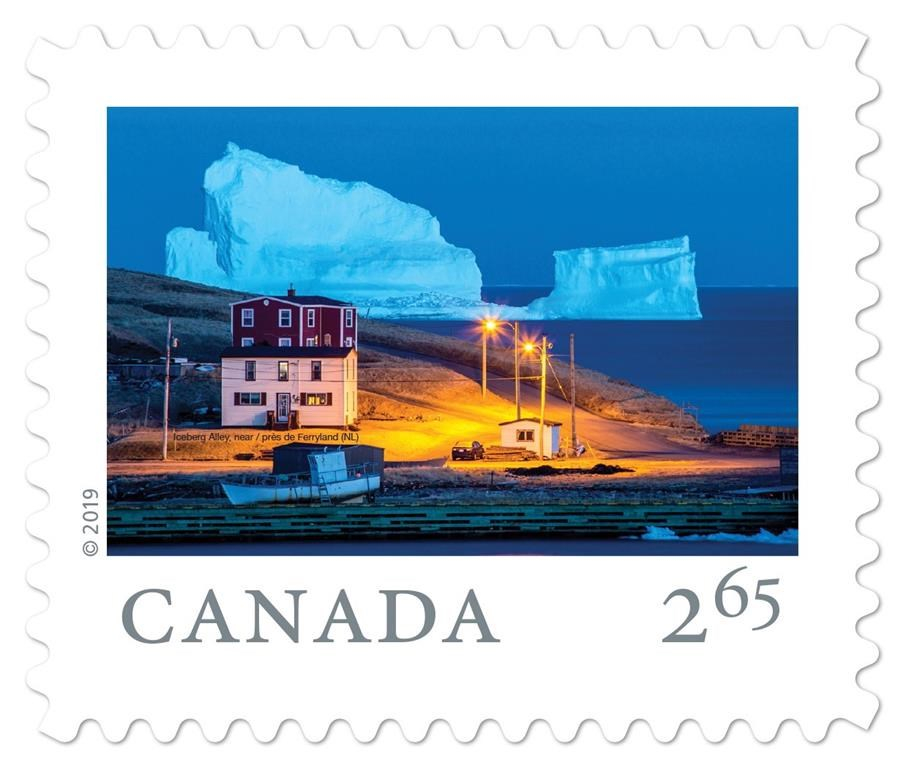 The towering iceberg that captured international attention in 2017 when it floated by a tiny Newfoundland town will be seen around the world again, this time featured on an international stamp, shown in a handout from Canada Post.
Previous story
Next story

A towering iceberg that captured international attention in 2017 when it parked beside a tiny Newfoundland town will be seen around the world again — on an international stamp.

The remarkable iceberg drew a flood of onlookers to Ferryland, a town of about 500, in April 2017, and made headlines in global media including The New York Times, CNN, BBC, Time, The Guardian and Russia's state-backed news channel.

St. John's photographer Michael Winsor rushed to Ferryland to capture his striking image of the giant iceberg dwarfing the shoreline.

Winsor's photos are often featured by Newfoundland and Labrador Tourism, where he says Canada Post found his work and contacted him to participate in the "From Far and Wide" stamp series.

The stamps featuring his work hit shelves this week.

Winsor said it's a special feeling to be recognized on a stamp that will travel the world -- and said he's considering mailing his own prints to customers marked with the stamp he shot.