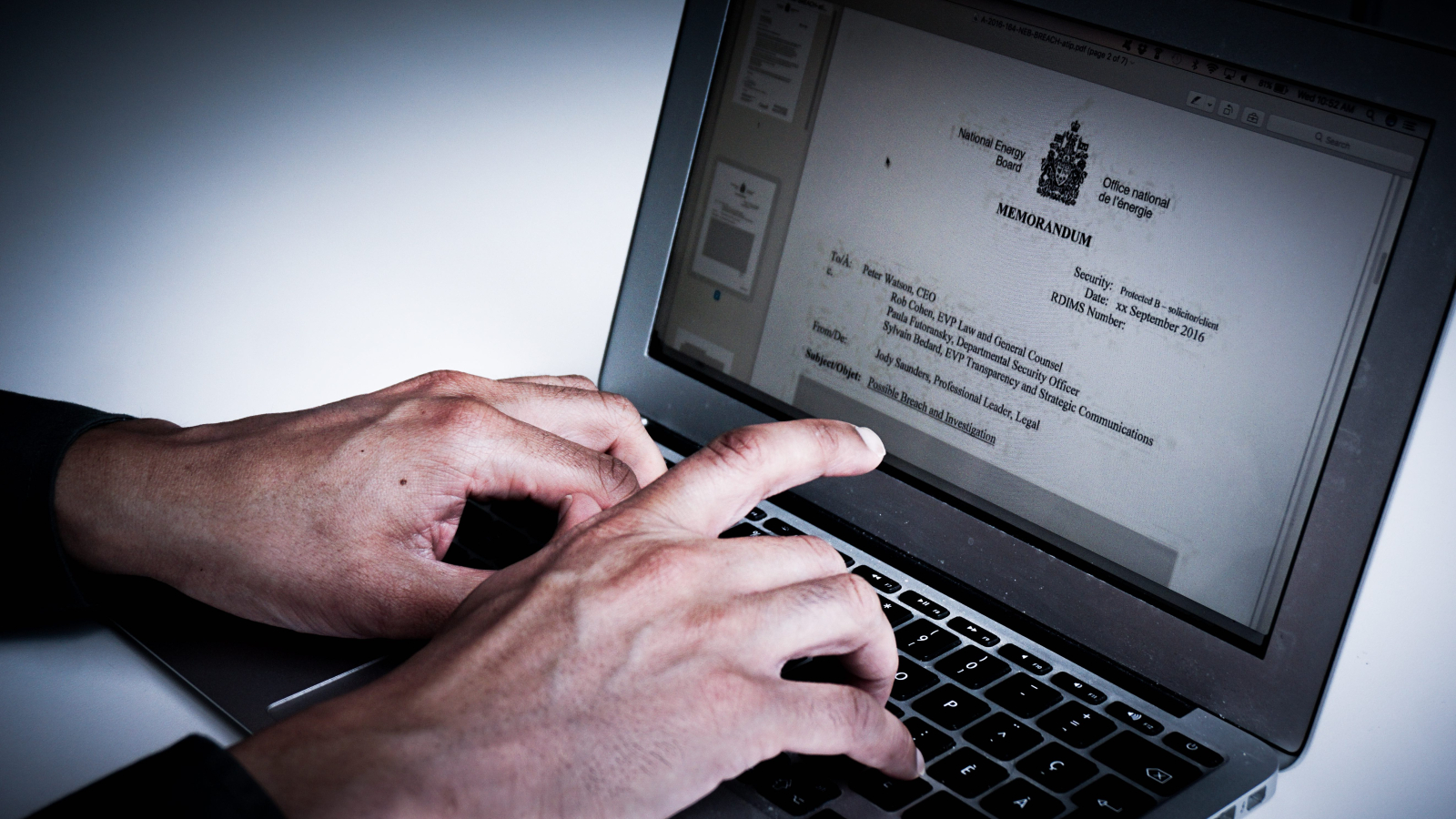 A Federal Court heard allegations raised by an employee at the National Energy Board who believed someone tampered with a job test he took in 2016. File photo by Elizabeth McSheffrey
Previous story

A Crown attorney has asked a Federal Court judge to dismiss a case raised by an employee at Canada's pipeline regulator, who alleges that someone tampered with his written test for a new job at a different department.

While the employee raised concerns about the disappearance of the original copy of his exam, Justice Cecily Strickland of the Federal Court of Canada said her only task is to review whether the Public Service Commission of Canada was right to rule that there was no fraud committed by NEB employees who administered the test.

“I’m not suggesting it was appropriate the exam went missing, but the only issue is whether the (PSCC) decision that it was not altered is reasonable,” Strickland said.

Brian Doyle — a communications specialist at the NEB who is currently on unpaid leave from his job — wrote the exam in July, 2016 as part of the selection process for a public relations position at the Western Economic Diversification department. He has also alleged that he was harassed at the NEB and a victim of workplace violence in a separate claim that has not yet been heard by the court.

Doyle said in an affidavit that he applied for the position because he was experiencing conflict with and hostility from his superiors at the Calgary-based regulator. After he was unsuccessful in the job competition, he says the agency tried to deploy him into a new role where he could be terminated without cause.

The investigation report by the commission shows Doyle filed a complaint in 2017 after he applied for and obtained a corrected copy of his exam from the economic diversification department and noted discrepancies with the one he had completed.

He told the hearing he recalled initialling all the pages of the test, but his signature was missing on some pages of the copy that was scanned by an NEB human resources employee and later sent to the government department by Catherine Barclay, the regulator’s chief of staff.

Doyle told the hearing some answers on the corrected exam were incomplete that he remembered completing on his original test paper.

While the original copy of the exam was never located, the commission investigator accepted the testimony of the human resources employee at NEB that she had shredded the document after it was scanned and concluded on the balance of probabilities there was no evidence there had been tampering.

“Is it okay to be shredding original, hard copies of exams?” Doyle asked the judge.

“I believe because of that fraud occurred or could have occurred.”

Federal lawyer Christine Ashcroft, who represented the commission at the four-hour-long hearing, said the investigator’s decision there was no tampering was reasonable and defensible based on the facts.

“Mr. Doyle is troubled by the destruction of his original exam,” said Ashcroft, “ but nothing in the law requires that it should have been kept.”

She argued there was only a 30-minute period from the time Doyle finished writing the exam and when the scanned copy was created when any tampering could have occurred.

Ashcroft said the human resources employee, with whom Doyle had conceded he had a positive relationship, was the only person who had the exam during that time and could have altered his answers.

“It’s not the job of the commission to determine that no fraud occurred, but whether it was more or less likely (to have happened), she said.

Strickland reserved her decision on whether to send the matter back to the commission for reconsideration.