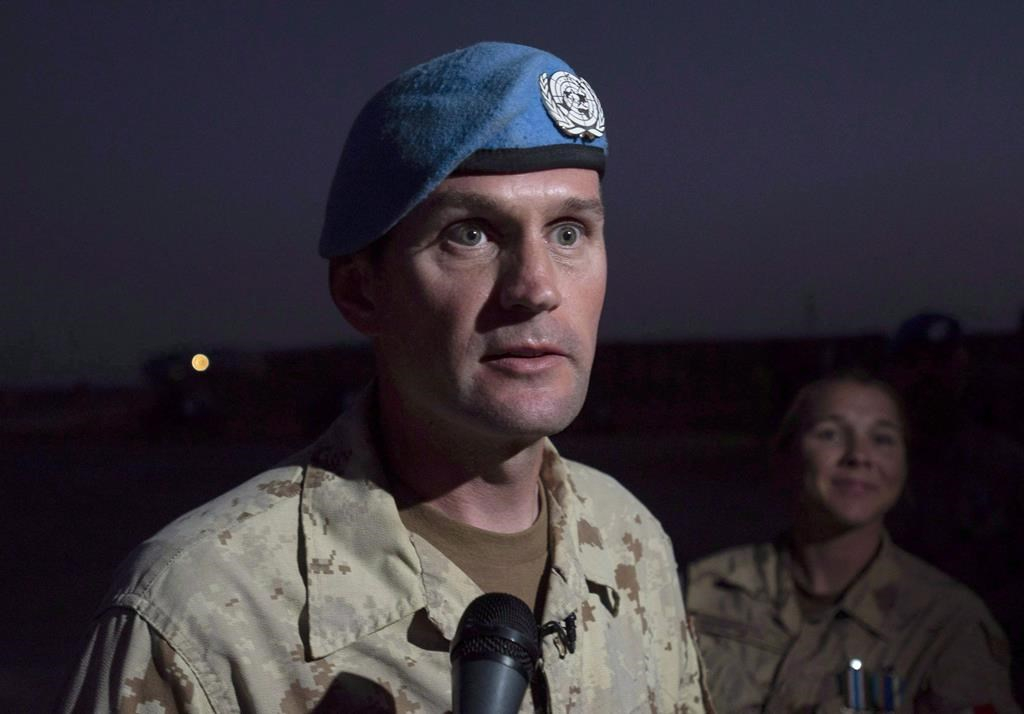 Distance and geography have been cited as the primary reasons Canadian medical helicopters remained on the ground in northern Mali during two bloody attacks on United Nations peacekeepers last fall.

The Oct. 28 attacks on Ber and Konna by Islamic extremists left two peacekeepers dead and more than a dozen injured on the single bloodiest day for the UN mission in Mali since Canadian peacekeepers arrived at the end of June.

Yet while the main purpose of Canada's 12-month mission in Mali is to provide helicopter-borne medical evacuations for injured peacekeepers and UN officials, the Canadians were not deployed in that role.

Small Griffon helicopters were used to fly a bomb-disposal team to and from their base in Gao to Timbuktu, near Ber. They also helped refortify the UN camp at Ber by delivering personnel and materials from Timbuktu.

But Canadian mission commander Col. Chris McKenna, whose troops have performed only five medical evacuations since August, says the larger Chinook helicopters specifically configured as flying hospitals were not sent.

For Ber, McKenna said the UN decided to deploy contracted civilian helicopters that were already based in Timbuktu because it is much closer.

"There's a bunch of contracted aircraft that are right around the theatre that the UN can elect to deploy, and so that would have been the closest asset to that incident," McKenna said in an interview on Tuesday.

As for Konna, McKenna said the Canadian helicopters would have had to stop to refuel before arriving on the scene, which is why the UN similarly turned to other alternatives.

"You would have to step through somewhere to get gas," he said. "You're talking about hours and hours to just get to the incident site and be effective. … It would be like launching a medevac chopper out of Ottawa to get to Kingston. It's far."

The episode underscores two of the main challenges facing both the Canadians and UN officials in Mali, notably the country's size and a marked shift in the violence from the remote north of the country to the centre and south.

The UN has struggled to address both issues, but a lack of resources means that its presence in much of the country remains sparse while it has faced difficulties shifting focus from the north to the centre.

The escalating violence in the centre has nonetheless emerged as a major point of concern, as outlined by UN Secretary General Antonio Guterres in numerous quarterly reports on the situation in Mali.

Before they were replaced by the Canadians, German peacekeepers in Mali had complained that red tape and penny-pinching at the UN headquarters in Bamako had at times prevented them from quickly responding to emergencies.

McKenna, whose troops will be replaced by another contingent of Canadians this month, said he had not experienced the same degree of challenges as his predecessors. He attributed that to the advice gleaned from the Germans and improved communications with the UN.

"We've had a very good experience here in terms of moving information between the force headquarters and us," he said.

"And certainly the relationships that my staff and I have built with key decision-makers in Bamako and the closeness with which we've maintained those relationships has paid off."

He also said that despite the extreme weather and harsh operating environment, the Canadian helicopters have held up surprisingly well and the force has managed to meet its requirement to provide round-the-clock medical coverage.

It has also helped ferry numerous UN troops and tonnes of equipment to different parts of the country, most recently to the northern town of Kidal.