Canada and a Green New Deal 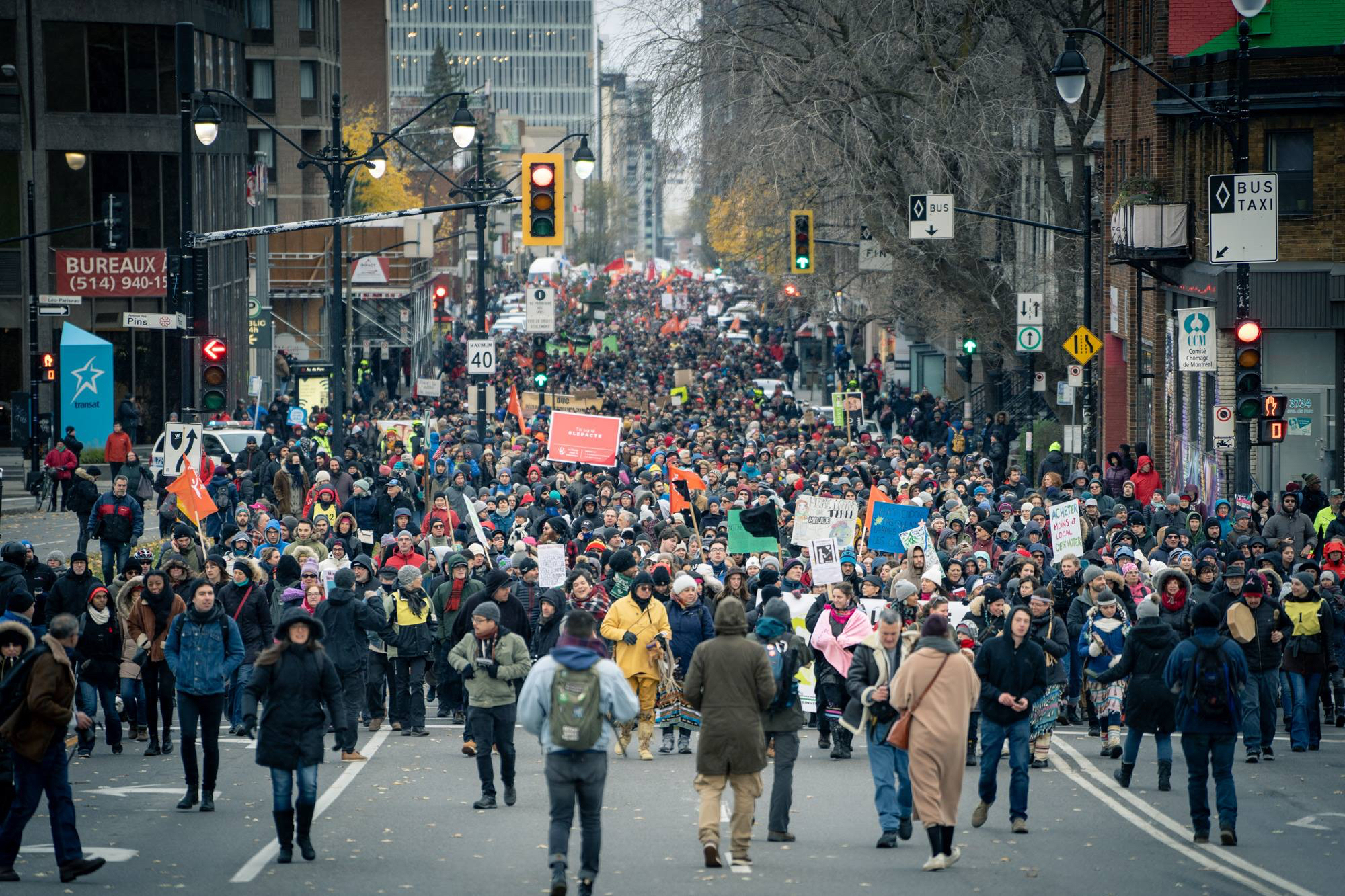 The Green New Deal, a proposed economic overhaul to abolish fossil fuels and ensure income equality, is gaining traction in the United States. It comes amid increased warnings by the United Nations to slash global carbon emissions by 45 per cent by 2030, and to end them by 2050 or face irreversible climate change.

Although in circulation for decades, the Green New Deal has emerged rapidly in global consciousness quite recently. The current wave began as direct action, voter mobilization and work with some progressive Democratic nominees by youth organizers in the Sunrise Movement during 2018 U.S. midterm elections.

Alexandria Ocasio-Cortez, the forceful Democrat elected to Congress in the midterms in New York, has championed the initiative, calling for establishment of a House of Representatives committee to examine Green New Deal policy proposals and draft a law.

Quietly across Canada too, environmental, social and labour organizations are asking themselves, What is the Green New Deal for Canada?

But this broader definition of the Green New Deal is not commonly shared. As support for the idea grows in Canada, we remain at great danger of the idea being taken up by corporations wanting to 'green wash' the existing system while continuing to profit.

It is critical that we articulate a Green New Deal conception in Canada that speaks to the broadest possible economic and social transformation necessary for human, animal and plant dignity which values all collective life. One that does so within the context of Canada as Indigenous lands.

First, the Green New Deal must articulate a ‘just transition’ in the broadest sense. Today, many define ‘just transition’ as creating new, sustainable and meaningful jobs for energy sector workers, as well as transition for communities on the front lines of extractive and/or polluting industries.

For some, the notion of ‘just transition’ includes related industries - so not just energy and polluting industries and affected communities, but also investments in housing, retrofitting, waste management, and other environmentally sustainable sectors. While this is a leap forward in broadening the definition of just transition, it is still not enough.

When we speak of just transition in work, we must include transition to decent work for all low-wage, precarious, migrant, undocumented, exploited, Indigenous, excluded and unemployed workers. Here we can look towards ‘Fight for $15’ campaigns as well as struggles by unionized postal workers and migrant workers to lead the way.

This expanded definition of just transition isn’t just about ethics - that it is only justice when those most excluded and oppressed for the longest time see their lives uplifted. It’s also a pragmatic necessity. To involve the largest masses of people, it is critical to show them how this New Deal will directly improve their lives. As 78 per cent of the people in Canada work in services sector, and as more and more people are engaged in precarious and part time work - any notion of ‘just transition’ that limits itself to energy sector workers or related industries will simply not mobilize the vast groups of people that will be necessary to create this incredible change.

Second, the Green New Deal must encompass a care and food strategy. Our society is aging, people are living longer and getting sick. The work of care - childcare, elderly care, care for persons with disabilities, teaching, social support, and so on, remains gendered and deemed women’s work. This is work that is undervalued, underpaid and overlooked.

In addition, the work of caring for the environment, for water protection and land regeneration is also overlooked, underfunded and barely supported. Similarly, food systems care, food production, packaging, retail and serving is greatly misunderstood, often excluded from labour protections and undervalued.

Care and food have long been afterthoughts in many environmental and economic conversations, Where they are articulated, they are relegated to technical matters. The Green New Deal must be about creating a new social, economic and political system that puts care, regeneration, transformation and dignity at its centre. This means prison and police reform, just as much as it means permanent resident status for the migrant workers who care for our communities. In particular, we need to specify mechanisms to support people to live full and dignified lives as they become under or unemployed in the face of automation and more.

Not all of the logic underlying the Green New Deal as outlined by Ocasio-Cortez and independent Senator Bernie Sanders should be accepted. One of their primary assertions is that a Green New Deal will create more jobs, and it will grow the economy and expand industry. This is a massive mistake. The current capitalist economic system globally which prioritizes growth and expansion over all else is what has led us to this current precipice. A care and food strategy focuses on restructuring our economic systems away from a focus on growth towards collective care, and dignity.

Third, the Green New Deal must be internationalist. Both in the U.S. and the Canadian context, many are talking about the Green New Deal as changes in national industries. But we are living on one planet, with one shared climate. Resource extraction, massive logging, carbon heavy and polluting industries, if curtailed here, will simply continue their disastrous work elsewhere, particularly in regions in the Global South. This trend is already underway.

In addition, the work of war and arms exports must be ended as part of the Green New Deal. Not only are these industries deadly culling of human life, they are environmentally devastating from production to destruction. It’s not just the industries themselves, it is the financial markets that fund and profit from these industries, irrespective of who owns them or where they are headquartered.

A Green New Deal in Canada must encompass specific legislative mechanisms to restrict creating, funding or profiting from ecologically disastrous projects, including military interventions anywhere on the planet. At the same time, it must ensure increased and effective support including permanent resident status here for refugees and migrants from regions affected by war, income inequality and climate change.

Finally, a Green New Deal must be people centered, focusing on mass organizing and consciousness building. With the Canadian federal election in October 2019, many are talking about emulating the Sunrise Movement strategy to align the Green New Deal with candidates or even a federal political party.

While this may be one strand in a struggle that makes sense for some to follow, it is critical to understand that a vision which aims to fundamentally transform society as the Green New Deal has the potential to do will require broad masses of people to be organized and to struggle together. Without it, even the most progressive politician will be unable to get legislation through, and if such laws are passed, they will be difficult to enforce.

An action or a campaign approach which aims to mobilize people to just vote, or just do single actions will be insufficient. We need mechanisms of greater collectivization - be it more activated union locals, or large-scale tenant organizations, or membership-based community groups - that can create the necessary political will. Without people power, the policy will not be worth the paper it’s printed on. This particularly means consolidating across movements and struggles under the leadership of Indigenous, Black, Brown, Women, Queer, Community, Labour, Disabled, Organized people, and building up organizing capacities.

There has been a downturn in labour and self-organized groupings across the country, and increased isolation and alienation. With notable exceptions, work of change has often happened through raising media profile of issues. Our skills at building collective long-term organizations are rusty.

At the same time, we are faced with the challenge of stopping the machinations of a few people who control the majority of wealth and are willing to sacrifice our well being for another digital uptick in their financial ledgers. The Green New Deal can be a call not just for a new economic and social system but for relearning methods of transforming and creating change together - provided many of us are willing to do so.