What is the real 'crisis' in Canada? 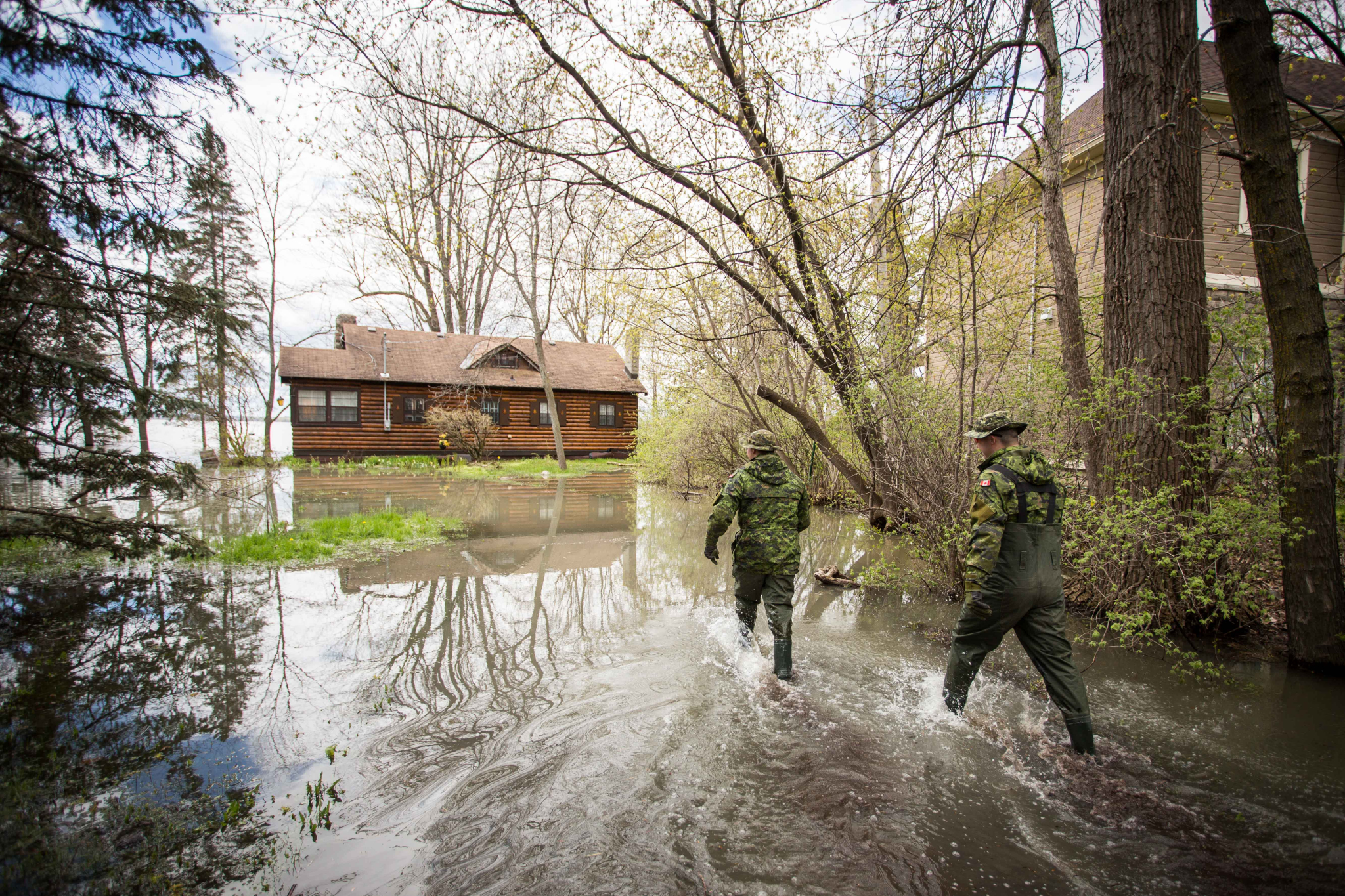 Members of the military check on a house in Gatineau, Que. as floodwaters covered the region on May 10, 2017. Scientists say climate change will make extreme weather events like floods and wildfires more intense and more frequent. Photo by Alex Tétreault
Previous story
Next story

Angus Reid has just released some eye-popping numbers in a poll that asked Canadians whether they thought there was a "crisis or not" due to a "lack of oil pipeline capacity in Canada."

The poll was released after The Tyee reported on the Alberta government's $23 million public relations offensive promoting fossil fuel infrastructure expansion, that also appears to feature a slick "ethnic campaign."

We noticed the poll seemed to be missing a few key questions about issues such as climate change, environmental liabilities and the clean economy, so we thought we'd help them out and do some online polls of our own.

The polls below, are, of course, not scientific, but we thought it might be fun anyway.

And if you missed them, check out our stories on the Alberta regulator's private estimates of the oilpatch's financial liabilities, the warning from the world’s leading climate scientists that we have a dozen years left, the Ontario government's cancellation of 758 green energy contracts, and a scientific study showing how climate change is aggrevating risks to Canada's boreal forest.

Do you think the IPCC's recent warnings that the world has only 12 years left to prevent some of the worst impacts of climate change is a crisis or not?

Do you think the fact that large portions of Canada’s forests are at risk of dying off as climate change aggravates wildfires, droughts and infestations is a crisis or not?

I'm not on Twitter or other Social Media - so can't participate in the survey - but I DO believe that Canada cannot go on with the mixed messages - Promoting environmental remediation measures on the one hand but continuing to exploit/export fossil fuels (among the dirtiest/least marketable in the world). ALL the governments that are double dealing in the name of preserving economic prosperity are simply delaying the day of armaggeddon instead of making pro-active moves to change the basis for Canadian prosperity from extraction to productive green technologies. Why are we strangling the brains, talents and futures of Canadians by refusing to meet the opportunities out there? Are ALL our governments so cowardly?

It boggles my mind and really

It boggles my mind and really pisses me off that the government is not only not doing anything about changing climate due to human activities, but is spending millions to promote activities that will cause more! Good grief. Shouldn't renewable enterprise be promoted? How much was spent on that?

The "pipeline crisis" is

The "pipeline crisis" is manufactured.
Thanks to non-stop drum-beating by Premier Notley, PM Trudeau, opposition politicians, industry lobbyists, and media pundits. Canadians are being spun like crazy.

Notley's $80 million a day figure is fiction. Only a fraction of AB's dilbit exports to the USA are exposed to the deep discount. Most of AB's oil production is insulated from deep discounts. The big producers who account for most oilsands production are making huge profits.

The real crisis is climate.

"Comparing age groups on pipeline issues, THE SURVEY FOUND THE MAJORITY OF CANADIANS AGES 18 TO 34 WERE NOT SUPPORTIVE OF PIPELINES, while little more than half of those ages 35 to 54 were supportive, and those over the age of 55 expressed the most support for pipelines and labelled the lack of pipeline capacity a crisis."
"Nearly 6 in 10 Canadians call lack of new pipeline capacity a 'crisis,' poll suggests" (CBC, Jan 16, 2019)

While older generations worry about their pocketbooks, young people care about the world they will inherit.
Any guess how future generations would vote?

If we phrase the question

If we phrase the question differently, will we get different results?

Online poling via Twitter is very biased because only people with social media accounts are able to participate. Sorry, I limit my screen time so such accounts are not used by me. I ski, hike, enjoy the natural world around me instead.

Thanks to the National

Thanks to the National Observer and the Tyee for exposing the BS from Angus Reid and mainstream media and politicians. Too bad our Prime Minister is the Pied Piper of Fossil Fuel Doom and Collapse.
Tom

So... we think it’s a crisis if we don’t get pipelines built! Really! The reality is UNLESS you and I don’t reduce our use of fossil fuels by 50% things will NEVER get better, only WORSE, much WORSE! Plus we have 12 years to transition to a low carbon economy or risk reaching a tipping point where we lose control of the situation and things become irreversible, in other words a HELL ON EARTH! Oil and gas is the problem not the solution! Wake up people!

Shameful.
I expect disgusting bias like this from some political parties, not from what is supposed to be a professional and ethical firm.
Angus Reid just lost all credibility in my eyes.