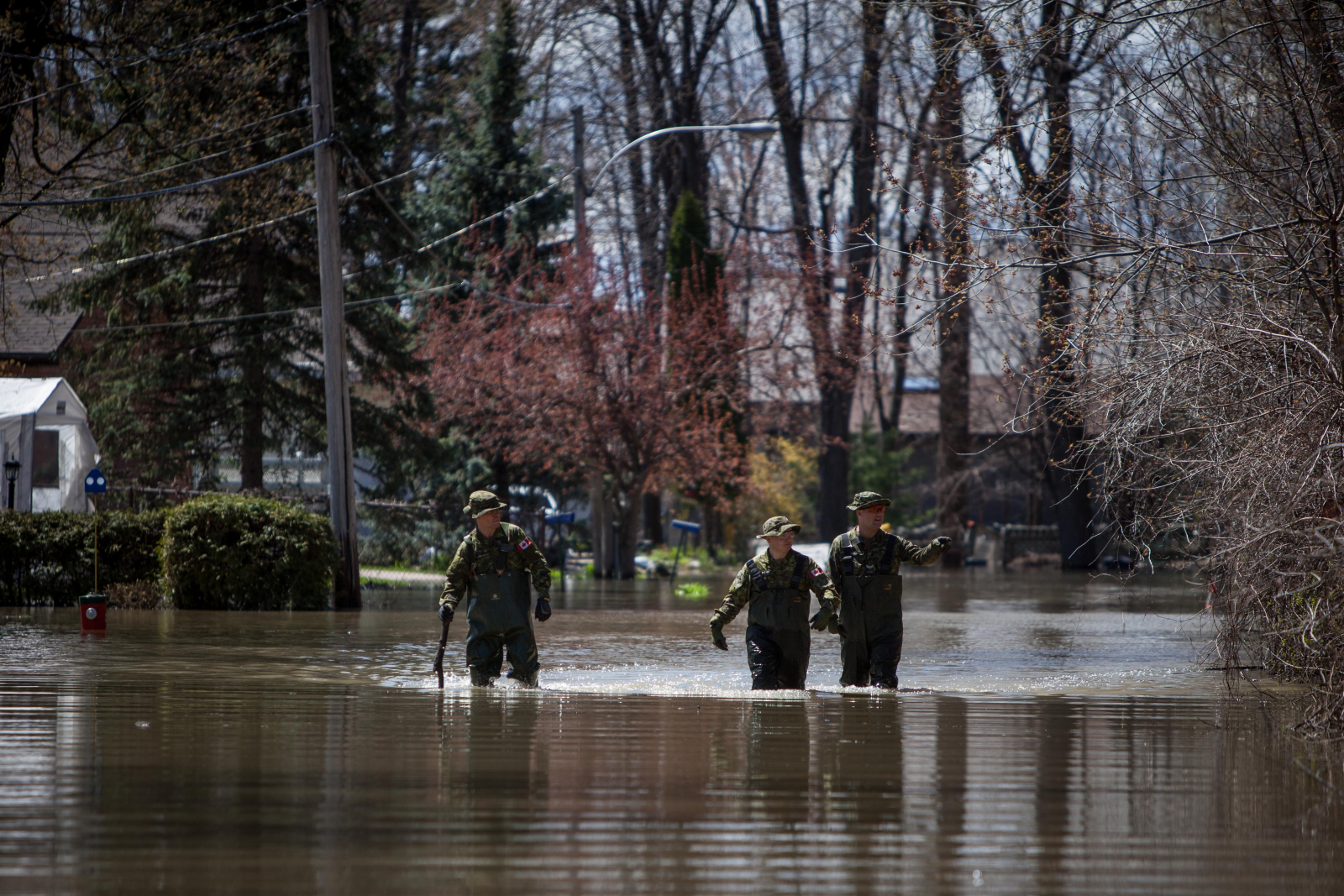 Canadian military personnel assist with disaster relief on May 10, 2017 in Gatineau, Que, as part of Operation LENTUS, a deployment of 2,200 troops dispatched following severe flooding in Ontario and Quebec. File photo by Alex Tétreault
Previous story

The results are in.

After many people were buzzing about a new Angus Reid poll that concluded most Canadians believe the country faces a crisis due to a lack of pipelines, we did a few informal surveys of our own to ask the public some questions that we felt had been left out.

Twenty-four hours later, we have received about 800 votes and have some overwhelming results.

We must admit that our tongues were firmly planted in our cheeks as we proceeded, but we believe that these issues are no laughing matter. And while our own poll wasn't scientific, we'd challenge Angus Reid to do the same survey with our questions (we used a similar wording to what they used but changed the topic) and see what happens.

Now one question we didn't ask was about how all of the issues surrounding pipelines relate to Indigenous rights, protected under the Constitution. We made a deliberate choice not to include it as a poll question because we don't think that human rights are the sort of issue that should be decided based on a popularity contest.

In fact, history has shown us that rights need to be enshrined in our laws to protect the minority.

In the meantime, here are our results.

Do you think the IPCC's recent warnings that the world has only 12 years left to prevent some of the worst impacts of climate change is a crisis or not?

Do you think the fact that large portions of Canada’s forests are at risk of dying off as climate change aggravates wildfires, droughts and infestations is a crisis or not?

Out of 223 votes, 86 per cent of the respondents said that the Alberta Energy Regulator's internal estimate of $260 billion in financial liabilities for the oilpatch is a "crisis."

Out of 182 responses, a whopping 96 per cent said that a recent scientific assessment by the United Nations IPCC ( Intergovernmental Panel on Climate Change) that said the world had only 12 years left to prevent some of the worst impacts of climate change is a "crisis."

Out of 193 responses, 89 per cent said that the Ontario government's recent decisions to cancel green energy policies is a "crisis."

And finally, out of 181 votes, 96 per cent said that the fact that large portions of Canada's forests are at risk of dying off as climate change aggravates wildfires, droughts and infestations is a "crisis."

Have we mentioned yet that the Insurance Bureau of Canada has just sent out some warnings about a new report that estimated severe weather caused $1.9 billion in insured damage in 2018?

"Climate change is costing Canadian taxpayers, governments and businesses billions of dollars each and every year," said Craig Stewart, vice-president of federal affairs for the Insurance Bureau of Canada, in a statement. "We must take the necessary steps to limit these losses in the future. The cost of inaction is too high."

Are the billions of dollars in losses from climate-related catastrophes a "crisis or not?"

Well, as Alberta Environment Minister Shannon Phillips wrote on Twitter, this is the "Insurance Bureau of Canada, everybody."

What is the real 'crisis' in Canada?