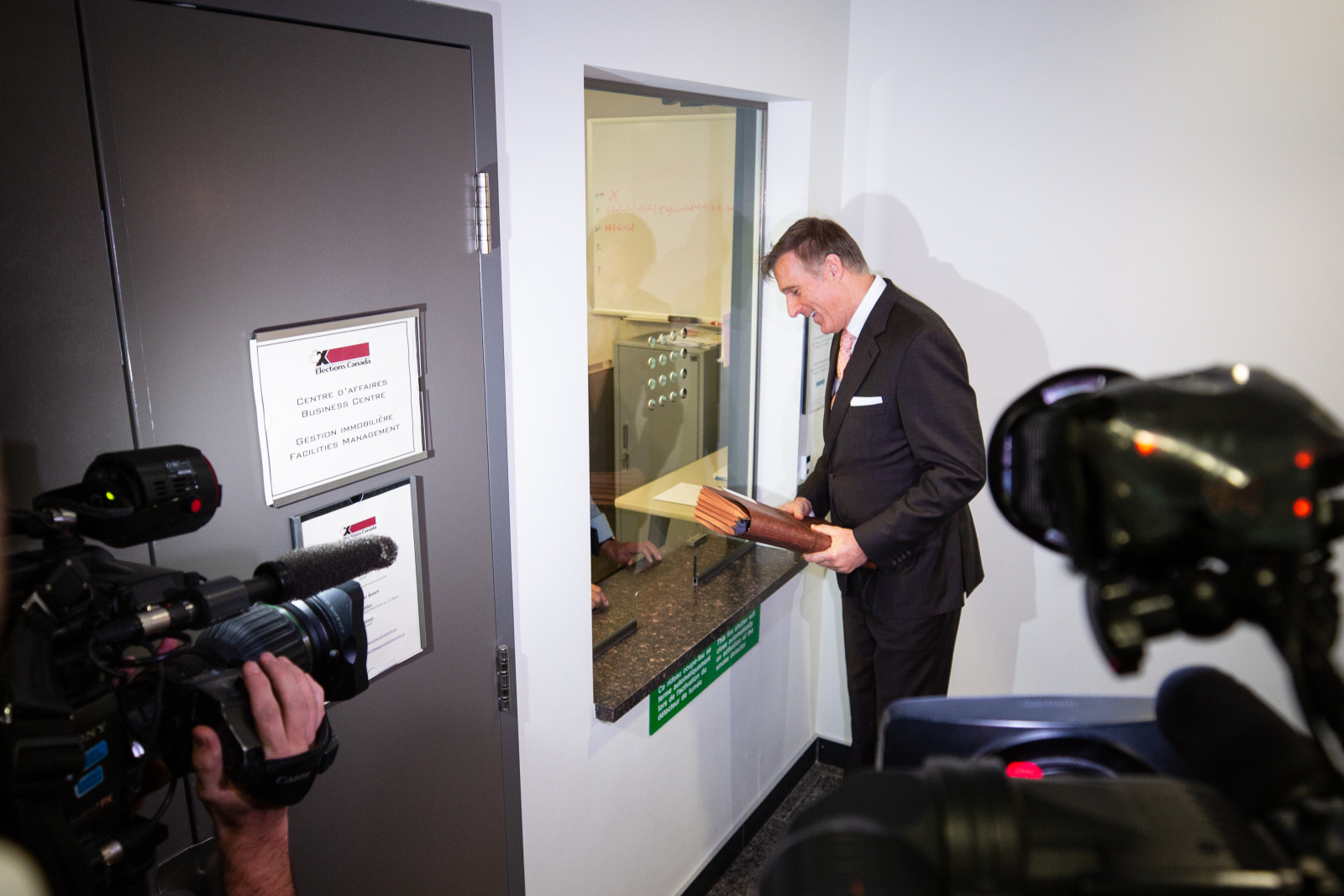 Federal MP Maxime Bernier drops off an official application for his People's Party of Canada at Elections Canada offices in Gatineau, Que., on Oct. 10, 2018, in preparation for the 2019 elections. Photo by Alex Tétreault
Previous story

Canada's newest national political party is laughing all the way to the bank.

On Friday morning the People's Party of Canada became officially registered with Elections Canada, allowing it to start issuing tax receipts for donations.

Party spokesman Martin Masse says that brings the party's fundraising to nearly $1 million since Maxime Bernier announced he was leaving the Conservatives to start his own party at the end of August.

Masse says that puts to rest the accusations that the People's Party is a vehicle for one person with very little actual support.

"We got in three days what we raised in the last three months," said Masse.

Masse said there were definitely people waiting to donate until they could get tax receipts for doing so.

Bernier's party has to start reporting its donations to Elections Canada only now that it is registered but can use the funds it raised before. Bernier has said he would like to raise $3.5 million before the general election this fall.

In the first three quarters of 2018, the Conservatives raised $17 million, according to Elections Canada. The Liberals raised $10.3 million and the New Democrats $3.2 million.

Bernier split with the Conservatives in a very public battle with leader Andrew Scheer over policy issues including supply management and government subsidies to businesses. Bernier finished just behind Scheer in the Conservative leadership race in 2017.

The People's Party of Canada will run its first three candidates in upcoming byelections in British Columbia, Ontario and Quebec.

It has two candidates officially nominated but the third, in the Montreal riding of Outremont, is still awaiting confirmation from his current workplace that he can take a leave of absence.

Bernier compares himself to Trump