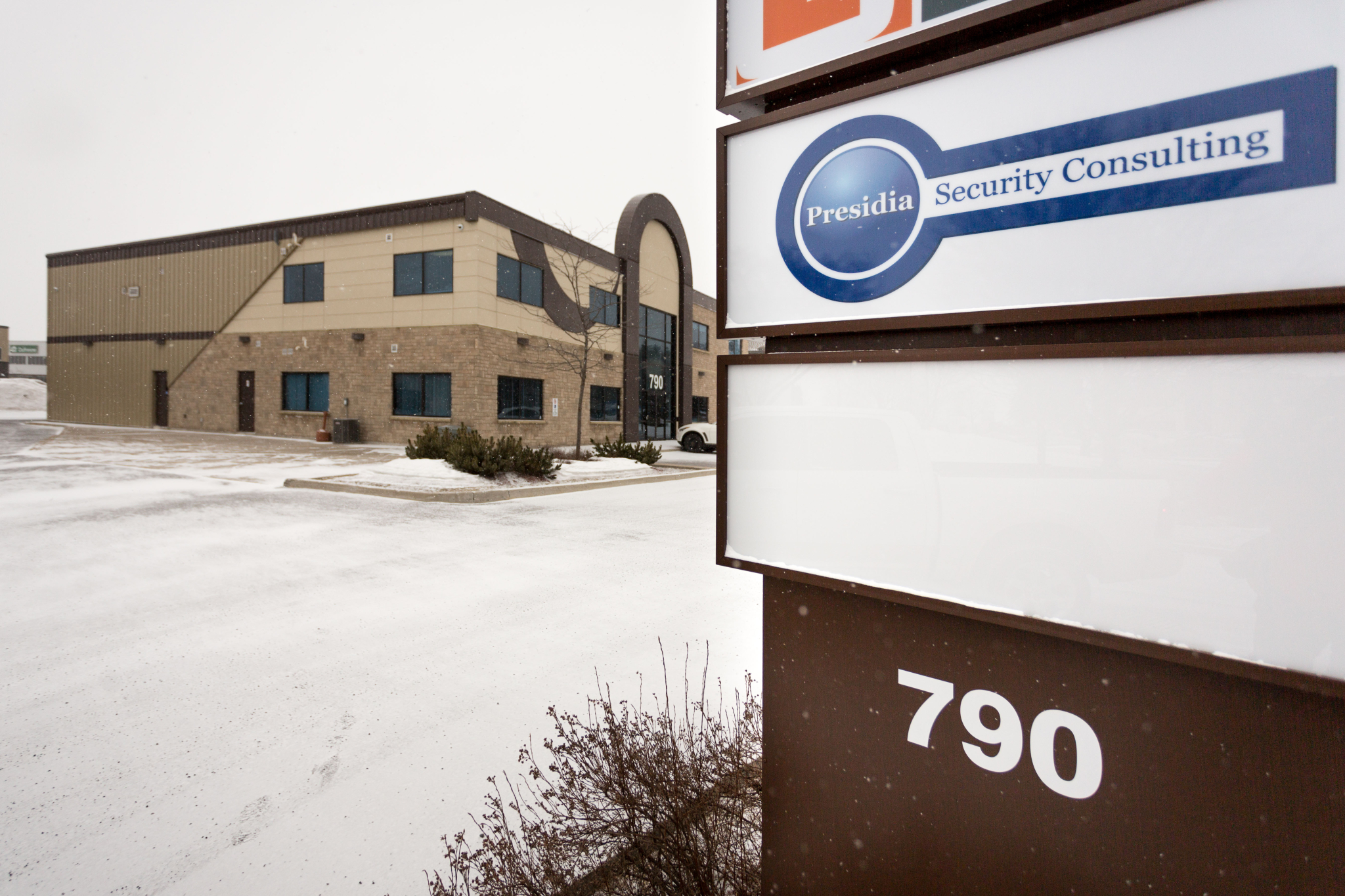 Ottawa firm Presidia Security Consulting got a $24,150 contract in 2016 to interrogate National Energy Board employees and find National Observer sources. It was unsuccessful. The firm's office appears here on March 14, 2017. File photo by Alex Tétreault
Previous story
Next story

A few years ago, I had a lunch with a couple of people at a pub in downtown Calgary who told me a fascinating story about management at Canada's pipeline regulator, the National Energy Board (NEB).

Our lunchtime conversation provided some clues that eventually led me to write about a mysterious decision by a vice-president at the regulator who ordered the deletion of an email that was sent in the middle of the night to the organization's head of security.

The intentional deletion of federal government records of business value is an indictable offence under Canadian law. It can be punished by up to two years in prison or a fine of up to $10,000. The NEB has denied it broke the law.

I still don't know exactly what was in that deleted email sent on Tuesday, Aug. 25, 2015, at 2:40 a.m. However, based on what I was told over that lunch, the email appeared to be related to a request by one NEB employee who was asking a private detective to investigate another NEB employee in the office.

This unusual activity might seem out of place for a regulator that has powers of a federal court and, as a result, is expected to be fair, impartial and credible in its reviews and oversight of major energy infrastructure projects and operations.

I have asked a lot of questions and requested a lot of information from the NEB about the mysterious deleted email and related issues over the past three years, getting answers that sometimes prompt more serious questions.

In one response to a formal request made through access to information legislation, I learned that the NEB had spent $24,150 on a sole-source contract to a private security firm, Presidia, to interrogate employees and try to find my sources. The investigation was unsuccessful, according to a report that they released to me in 2017.

I received the security firm's report and a few related emails in response to a request I had made through access to information legislation. This response consisted of 40 pages of records with numerous passages that were censored.

"We should have the BB phone records checked again using the same date range, but adding in De Souza's telephone number," wrote a private investigator in an email to @NEBCanada about @NatObserver 's @mikedesouza #cdnpoli #SecretsofGovernment

Canada's access to information legislation requires federal organizations to release information upon request by any Canadian within 30 days, unless it has a valid reason to refuse.

The law also allows citizens to file complaints over delays or censorship that can trigger investigations by the federal information commissioner. And I have complained to the commissioner to request an investigation on this file and dozens of other cases at the NEB.

The commissioner's office has started investigating a few of my complaints, and as a result of one of those, the NEB has released some additional information that it previously tried to keep secret.

"A Third-Party Consultant sends an email to (the NEB head of security)... which had an unsolicited proposal attached that contained potentially sensitive personal information on NEB employees. Due to the nature of the information (censored)... a decision is made to delete the email and attachment from the NEB server to prevent potential embarrassment to the NEB."

The newly-released records also show that the NEB attempted to censor another passage of the security firm's report that said someone at the regulator was concerned that the information in the deleted email could "cause undue embarrassment to the NEB employees involved in the incident." Another section that officials tried to censor indicated that someone at the regulator said that "the material should be immediately deleted from the NEB server."

So what was that "incident?"

It appears to be a reference to whatever prompted an employee to make his original request in 2015 for a private investigator to look into a co-worker.

Another interesting piece of information that the NEB tried to keep secret was a recommendation from Presidia that the NEB should run a search of the BlackBerry phone records of its employees for my own cell phone number. This was after it had run a search for calls made to National Observer's Vancouver office.

"We should have the BB phone records checked again using the same date range, but adding in De Souza's telephone number," wrote a vice president from Presidia in an email dated Oct. 8, 2016 to a vice president at the NEB. "I can discuss this with your IT lead when I interview him if you wish."

Coincidentally, the NEB's former head of security, who received the Aug. 2015 email that was deleted, later left his job to work for a private intelligence firm that sold services to the NEB and other federal organizations that allow them to monitor the online activities of environmentalists. The security firm that was hunting for my sources, Presidia, has also been sold to a larger consulting firm called AGDA Group Consultants.

These revelations come at a time when the NEB is facing some major changes under the proposed federal legislation, Bill C-69. If adopted this legislation would replace the existing pipeline regulator with a new Canadian Energy Regulator to be led by a new set of commissioners and a new board of directors.

The NEB has suffered other embarrassments in recent years, including a conflict of interest scandal involving its review of the terminated Energy East pipeline project, as well as its role in the botched review of the Trans Mountain pipeline expansion project. The latter review concluded in 2016, but the federal government's approval of the project was quashed due, in part, to a "critical error" that the NEB had made to exclude reviewing some of the project's impacts on the west coast of British Columbia, the Federal Court of Appeal said in a ruling released on Aug. 30, 2018.

The NEB is now doing its second review of the Trans Mountain expansion and is expected to submit its recommendations to the federal government by the end of February 2019.

In terms of the deleted email, this matter remains under investigation by National Observer, along with a separate investigation by the information commissioner. The NEB didn't immediately respond to a request for comment.

Editor’s note: This article was updated at 9:06 p.m. PT to correct a section describing an offence under the Access to Information Act relating to the intentional deletion of federal records of business value.

Always useful to have another

Always useful to have another missing piece of the puzzle that was part of the soon-to-be former NEB's paranoia, secretive practices and highly questionable routine activities. Putting that puzzle together may help governments and citizens to understand the "capture" phenomenon so common to regulatory bodies. It may also help to inform the creation of legislation establishing and governing regulatory bodies going forward.

Apparently words of one syllable are needed to convey to the regulators that their job is to be watchdogs on behalf of Canadian citizens, our health, our economic and environmental well-being - not equating that imperative with the health and well-being of corporate entities.